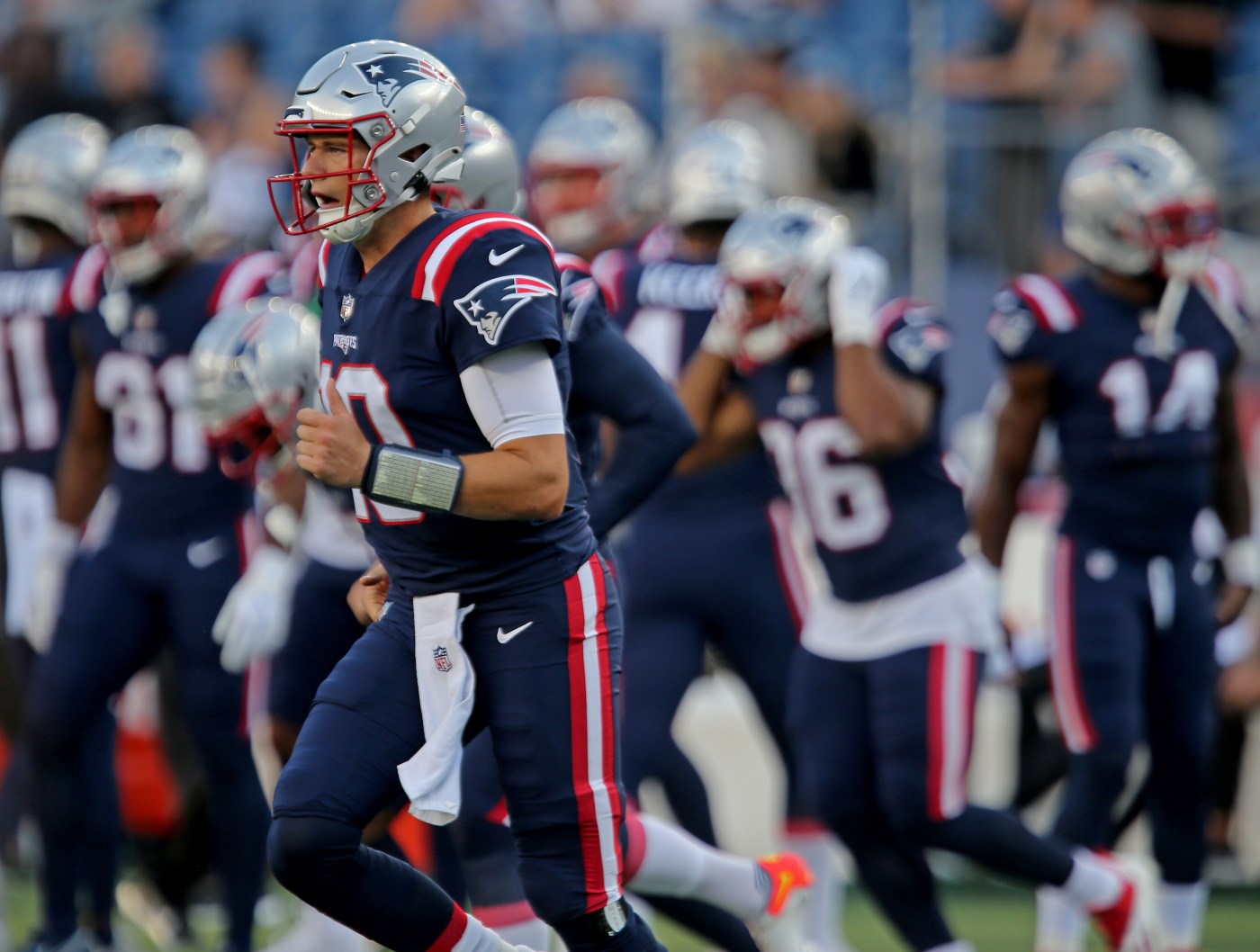 FOXBORO — The Patriots’ play-calling mystery may be coming to an end.

Patriots offensive line coach Matt Patricia called plays to all three quarterbacks during Friday’s exhibition against the Panthers, a change from last week’s preseason opener. Patricia relayed plays to starting quarterback Mac Jones over three drives, then to Brian Hoyer during his series and finally to Bailey Zappe for two possessions after the rookie entered just before halftime. The Patriots have not declared who will succeed Josh McDaniels as the team’s offensive play-caller.

Bill Belichick said last week the coaching staff is going through a process. Between first-half series, Patricia and quarterbacks coach Joe Judge, who called plays for the last three quarters of the preseason opener, mostly attended to their respective position groups. Patricia also visited with Jones and Hoyer, as did Belichick after the first series.

In training camp, Patricia has called virtually all of the plays during competitive team drills. He called most of the offensive plays during two joint practices with the Panthers this week, though Belichick spelled him during a 2-minute period. During OTAs and minicamp, Patricia split play-calling duties with Judge, who was mostly limited to 7-on-7s.

Jones was asked about Patricia’s play-calling earlier this week.

“I think it’s good. I know Matt’s called a lot of plays in the NFL, so, he has really good experience. Coach Judge has good experience, and obviously Coach Belichick does, too. So whoever’s calling it, it’s our job to execute,” Jones said. “I think the communication’s been really good, even with assistant coaches and their position groups. You can tell that it’s not just a one-headed monster, it’s a lot of different guys coming together.”

On the second series, Rhamondre Stevenson rushed up the middle for a short gain, then Jones overthrew Jakobi Meyers and couldn’t hit Stevenson coming out of the backfield. Finally, on the offense’s third drive, they scored.

Midway through a 10-play march, Jones rifled a perfect, 45-yard sideline bomb to Nelson Agholor that pulled the Patriots inside the red zone. Three snaps later, running back/wide receiver Ty Montgomery punched in a 2-yard touchdown. Hoyer’s series ended after five plays and a punt, then Zappe took over after a Carolina turnover outside the 2-minute warning.