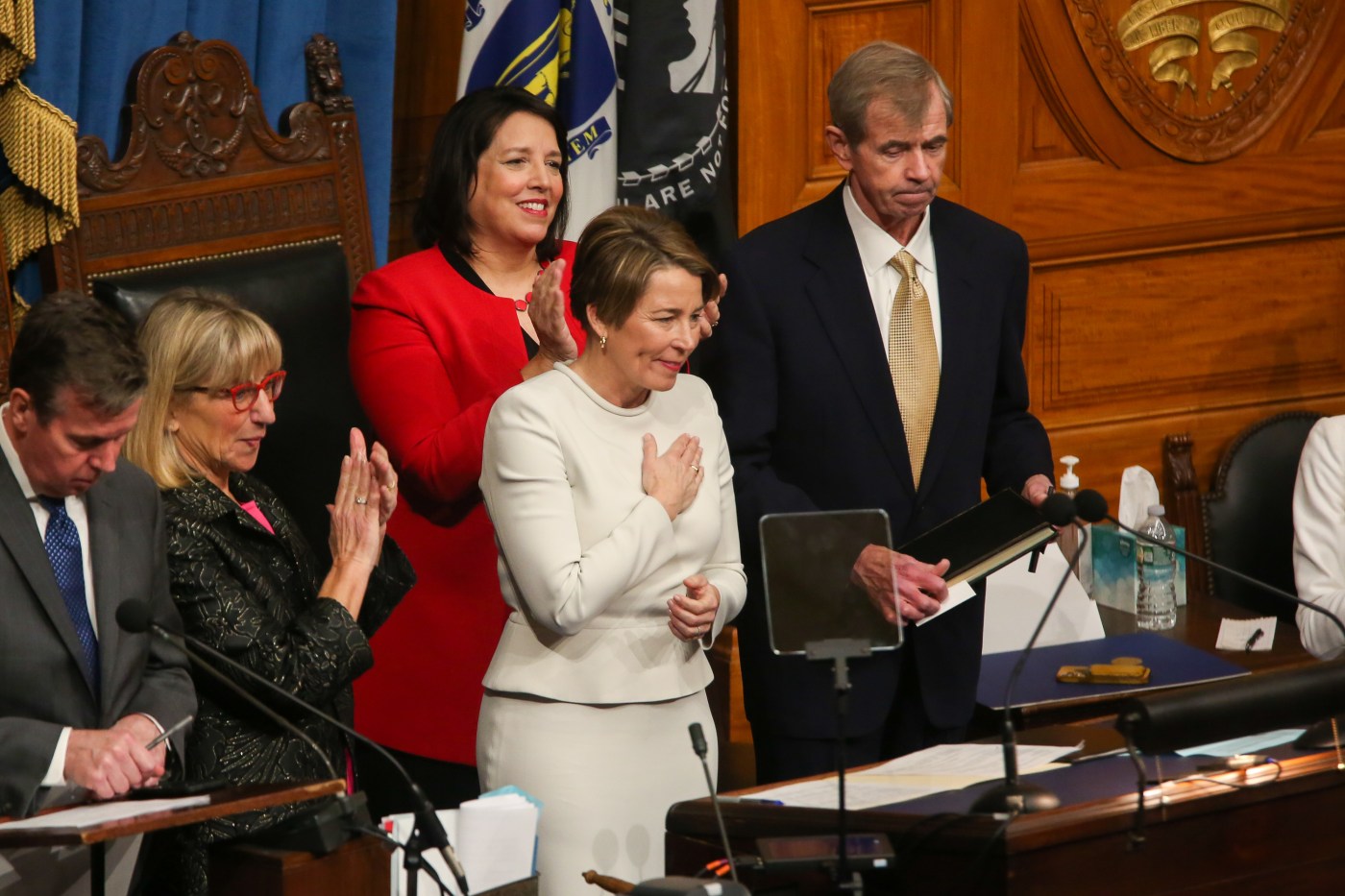 Newly sworn Gov. Maura Healey took office not long after making some final appointments to her Cabinet, some of whom will only serve on a temporary basis.

Healey’s first appointee selected to serve as Secretary of Administration and Finance. Gorzkowicz comes to the role from the administration and finance department of the University of Massachusetts system.

A former high school teacher, principal, and superintendent, will serve as Education Secretary. Tutwiler is the first Black man to fill the role, according to Healey’s office.

The new Transportation Secretary after working as the assistant city manager in Austin, Texas. Fiandaca was once a Boston city Transportation Clerk and Director of the Office of the Parking Clerk.

To be named as the first Cabinet-level climate chief, a role Healey will ask the legislature to approve this week, she said during her inaugural address. Hoffer was most recently the acting general counsel at the EPA during the early days of the Biden administration, but served as Healey’s Chief of the Environmental Protection Division beginning in 2012 and was named Chief of AG Healey’s newly formed Energy and Environment Bureau in 2015.

Currently chief of the Health Care and Fair Competition Bureau, will serve as Secretary of Health and Human Services on a temporary basis, Healey’s team announced Wednesday, while the search for a permanent secretary continues.