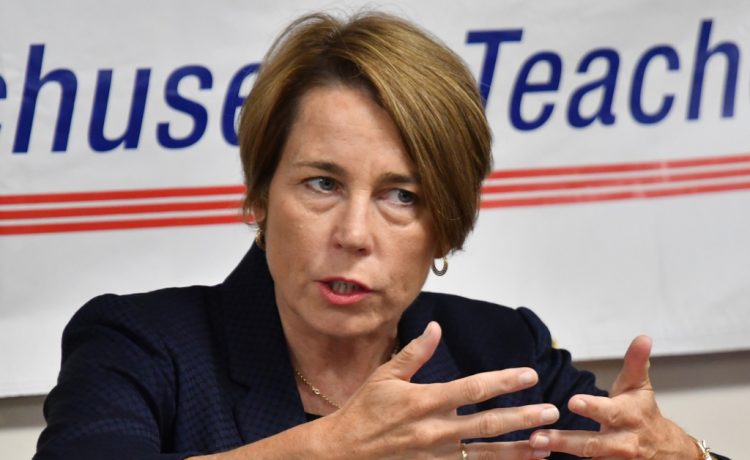 Attorney General Maura Healey ought to give the money back. Either that or there ought to be a federal investigation. Maybe both.

Accepting thousands of dollars in campaign contributions from fellow progressive Democrat U.S. Rep. Lori Trahan — and then indicting Trahan’s Republican opponent — is not a good look.

In fact, it smells.

But that is what Healey, the state’s chief law officer, did when she picked up and revived a dormant three-and-a-half-year-old gun theft case against Dean Tran of Fitchburg, a Vietnamese American, who previously served in the Massachusetts state Senate. He is running against Trahan.

Dean was arraigned last week on six charges related to an alleged theft of a firearm from an elderly constituent who previously asked him for help in disposing of her late husband’s cache of weapons.

Dean pleaded “absolutely not guilty” to the charges. In a related development, Dean filed suit in federal court seeking an injunction against Healey on the grounds that Healey, an avid Democrat, was motivated by partisan politics in seeking his defeat in the election.

Dean, a conservative America First candidate, has vowed to continue his campaign to unseat two-term Congresswoman Trahan, a Nancy Pelosi stooge, in the Lowell-centered 3rd Congressional District. The district is made up of many Asian Americans.

Healey’s action warrants an investigation by U.S Attorney Rachael Rollins, although that will never happen. Rollins, Healey and Trahan are all woke members of the Democrat Party. Democrats do not investigate Democrats.

Nevertheless, the questionable indictment has all the markings of a political hit job.

Healey obtained her indictment against Dean by a Worcester County grand jury on July 1.

The action raised eyebrows since the alleged crime would have come under the jurisdiction of Worcester District Attorney Joseph Early, Jr., not the attorney general.

But there is no sign that Early pursued the case. Hence, it appears that Healey reached in and scooped it up.

Running for office and winning is tough. Doing it under indictment is just about impossible and for Trahan, the Dean indictment is the equivalent of a free ride despite the shabbiness surrounding the whole deal.

The attorney general does not investigate alleged crimes of this nature. It never has. It is what the local police and the district attorneys do.

Prior to the indictment, Trahan endorsed Healey for governor on May 23, coming at a time when Healey was challenged for governor by fellow Democrat state Sen. Sonia Chang-Diaz.

And then Healey stepped in, dragged up an old case that went nowhere, and indicted Tran.

The fact is that Healey has been the most political attorney general the state has ever had. So, interfering in a Congressional race would come as no surprise.

Healey long has been known more as a politician, and not a fair, balanced, or judicious attorney general. She sued then President Donald Trump 50 times and joined in on another 50 filed by fellow Democrats.

The suits went nowhere, but they enhanced Healey’s image among Trump haters, which was the point. She has failed to file a single legal action against the Biden administration.

With no Trump around to sue, Healey did the next best thing, and that is to destroy a Trump supporter as a payback to a politician who has given her lots of money.