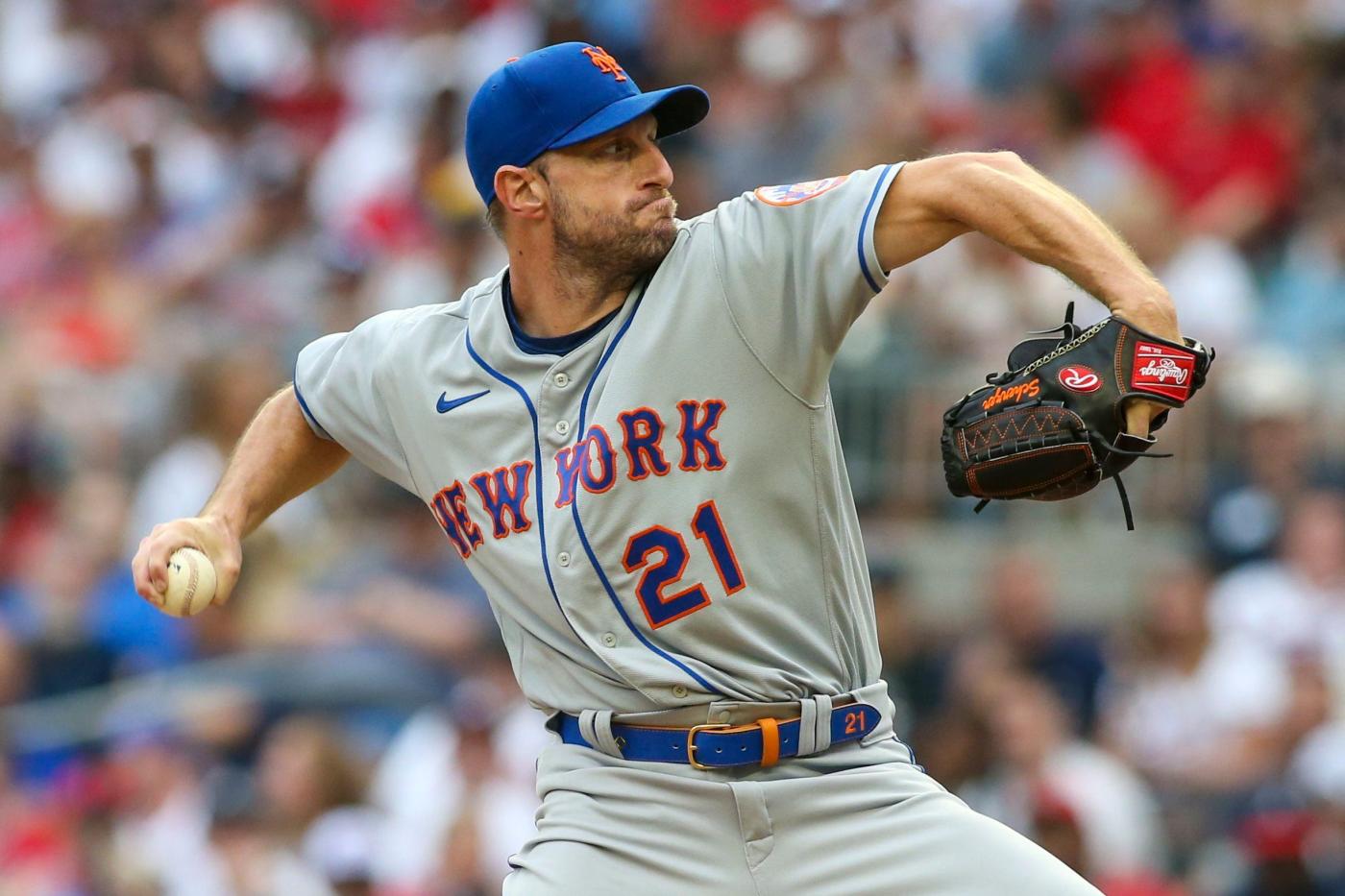 ATLANTA – Max Scherzer delivered a brilliant performance in his most important start yet for the Mets.

Badly wanting to begin the series with a victory, the Mets called on Scherzer to set the tone in a three-game set against the Braves. Scherzer answered the call with seven terrific innings, allowing just one run on two hits, walking none and striking out nine across 93 pitches in the Mets’ 4-1 win over Atlanta on Monday night at Truist Park.

Scherzer left it all on the field. It was up to the Mets bullpen to record the final six outs without allowing the Braves any space to gain momentum.

Adam Ottavino took the ball from Scherzer and somehow survived a shaky eighth inning with two hits allowed. With a slim two-run Mets advantage, the veteran reliever stranded runners on second and third by inducing a groundout to Dansby Swanson and ending the eighth. Ottavino owns a 2.67 ERA across 33.2 innings and 36 relief appearances for the Mets this season.

It was unclear whether Edwin Diaz would be available on Monday night, pitching on a third consecutive day. But when the game turned to the bottom of the ninth inning, out came Diaz in his familiar trot from the bullpen. The results were sensational. The Mets closer easily struck out the meat of Atlanta’s lineup on three consecutive whiffs.

The Mets (54-33) remain thrilled Scherzer is no longer on the injured list. In his second start back from a left oblique strain, the ace settled into his usual untouchable groove – against the best offense in the National League, no less. The only batters to reach base against the three-time Cy Young winner were Robinson Cano, collecting a single off him in his first game for the Braves, and Austin Riley, who took Scherzer deep on a solo shot to left field in the seventh.

The way Scherzer (6-1, 2.15 ERA) handled his first six innings, retiring 17 of the first 18 batters he faced, it was hard to believe the Braves were threatening to bounce the Mets from first place. But Atlanta is still very much breathing down their necks. The Mets entered Monday with their smallest lead (1.5 games) since April 16 and the Braves can quickly erase any edge the Amazin’s flaunted before they flew to Atlanta.

Beginning Monday, the Mets and Braves will play each other 12 times in the next 38 days; that’s over one third of their schedule. Overall, the two teams will play 15 games out of the Mets’ final 76.

All of those impending matchups are just one reason why this mid-July series between the division rivals is not going to make or break the Mets season. That’s the way the Amazin’s are facing the first important series of many against the defending champions.

That the Mets were able to take game one of three from the Braves with a scrappy lineup is a testament to the quiet confidence manager Buck Showalter has established for his team. Luis Guillorme’s success this season in particular is a product of Showalter’s trust in the utility infielder. And on Monday, Guillorme played a huge part in the team’s success.

With Jeff McNeil on paternity leave and Starling Marte nursing a groin injury, Guillorme was the batter who stepped up in their absences. The second baseman hustled to first base for an RBI force-out in the third inning that gave the Mets a 2-0 lead. Then in the eighth, Guillorme obliterated his second home run of the season, a career high, with a solo shot to right field to give the Mets breathing room against Atlanta. Guillorme has four career home runs and two of them have come against Darren O’Day.

Max Fried lasted just five innings against the Mets in an off-night for the 2020 Cy Young award finalist. Fried gave up two earned runs on five hits and struck out five, but the most troubling part of his evening was his five walks administered to the Amazin’s, a unit that was careful not to chase too many of his pitches.