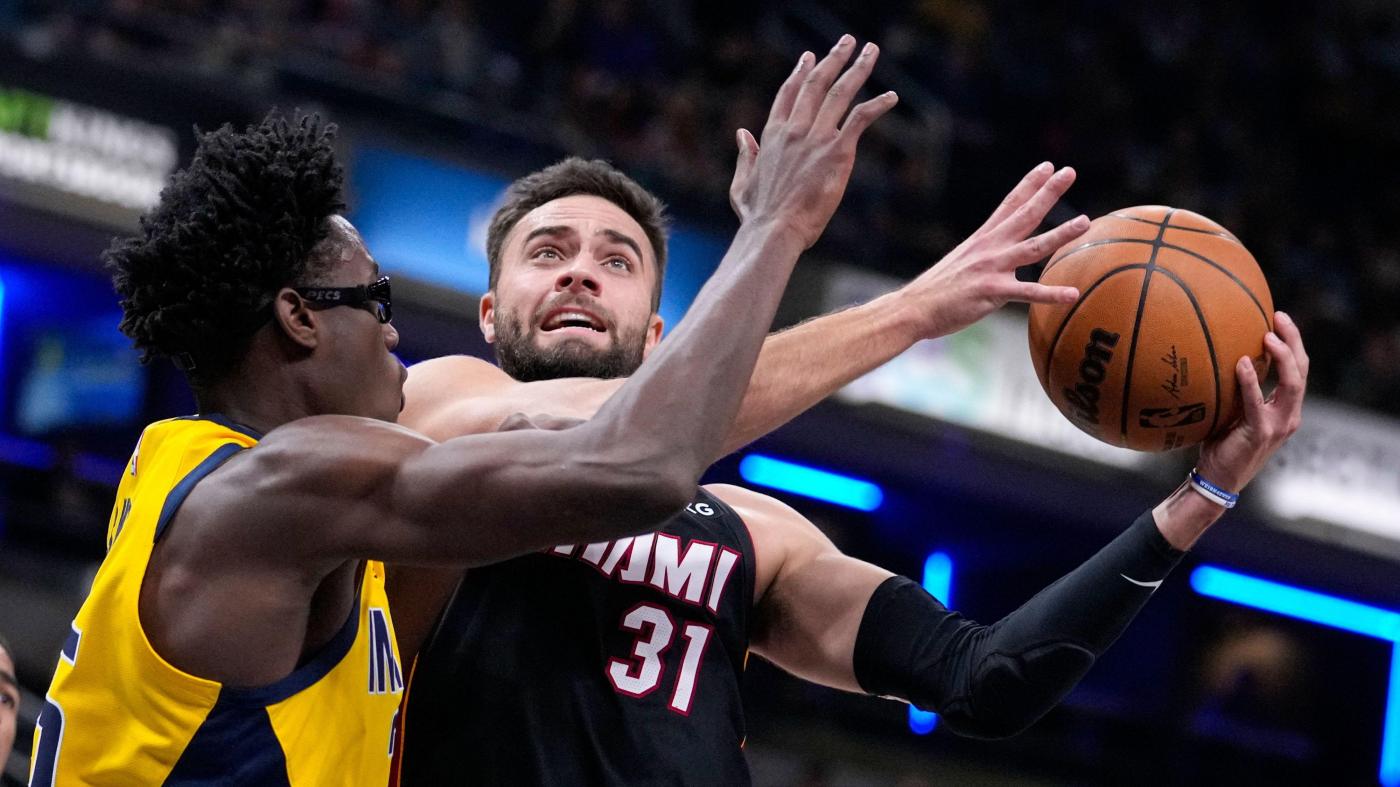 If there is to be additional time off this season for Jimmy Butler, as there has been with the Miami Heat’s leading man missing the past two games with hip soreness, it is becoming increasingly clear who will stand as the stand-in.

In each of the past two games, Max Strus has played all 12 minutes of the fourth quarter.

While there has been a split in those two, winning Wednesday against the visiting Sacramento Kings and losing Friday at the Indiana Pacers, Strus made his mark in each.

Friday, it was a personal 7-0 run against the Pacers that helped position the Heat for a last-second potential game-winner by Tyler Herro.

“There’s no doubt about it,” coach Erik Spoelstra said of Strus going to another level this season. “And not even just that seven-point skirmish that he had. It’s more about the all-around basketball that he’s displayed every night. And his game is growing on both ends of the court.

“He does a lot of things for us defensively. He can guard bigger guys. He can play really anywhere we want to in a zone. We also can put him in different matches in our man, and he’s really proficient, really good on the back side of our defense. And then offensively he’s just gaining confidence.”

With Butler out, more has been needed, with Strus starting the past two.

“He’s doing a lot more,” Spoelstra said of Strus, with the Heat next turning their attention to Monday’s 8:30 p.m. visit by the Portland Trail Blazers to FTX Arena. “He’s handling a little bit, getting in the paint, making some plays.”

After converting his winning 3-pointer with 2.5 seconds left Wednesday against the Kings (a shot the NBA later ruled should have been a travel), Herro came up short on his potential game-winner against the Pacers.

“Probably made my mind up probably a little too early, before I even stepped on the court,” Herro said of the preceding huddle. “Once I saw the play was for me, I decided I was going to go for the win. I saw the shot and the adjustments which I’ll make next time I’m in that position, already.”

The attempt bypassed the possibility to tie, get to the foul line, or create an offensive rebound for a second-chance opportunity.

“Ideally,” Spoelstra said, “you would like to get something going to the basket and go right away so you give yourself a chance for an offensive rebound. But he did get bottled up. There was a lot of pressure on the ball and it forced him to dribble out in the halfcourt.

“At that point, he was just trying to get whatever kind of space he could get.”

All while confident of the result.

“It felt good,” Herro said. “Obviously every shot I take I think’s going in. It felt good. It was just a little short. It was on line, though. Just short.”

The Heat closed 26 of 26 from the foul line against the Pacers, two games after going 20 of 20 from the line in Tuesday night’s victory over the visiting Golden State Warriors.

The franchise record for free throws without a miss remains 30 for 30 against the Boston Celtics on March 24, 1993, with Friday’s performance now second in the team record book. …