Todays Though > News > Mayhem on ‘The Menu’
News

Mayhem on ‘The Menu’ 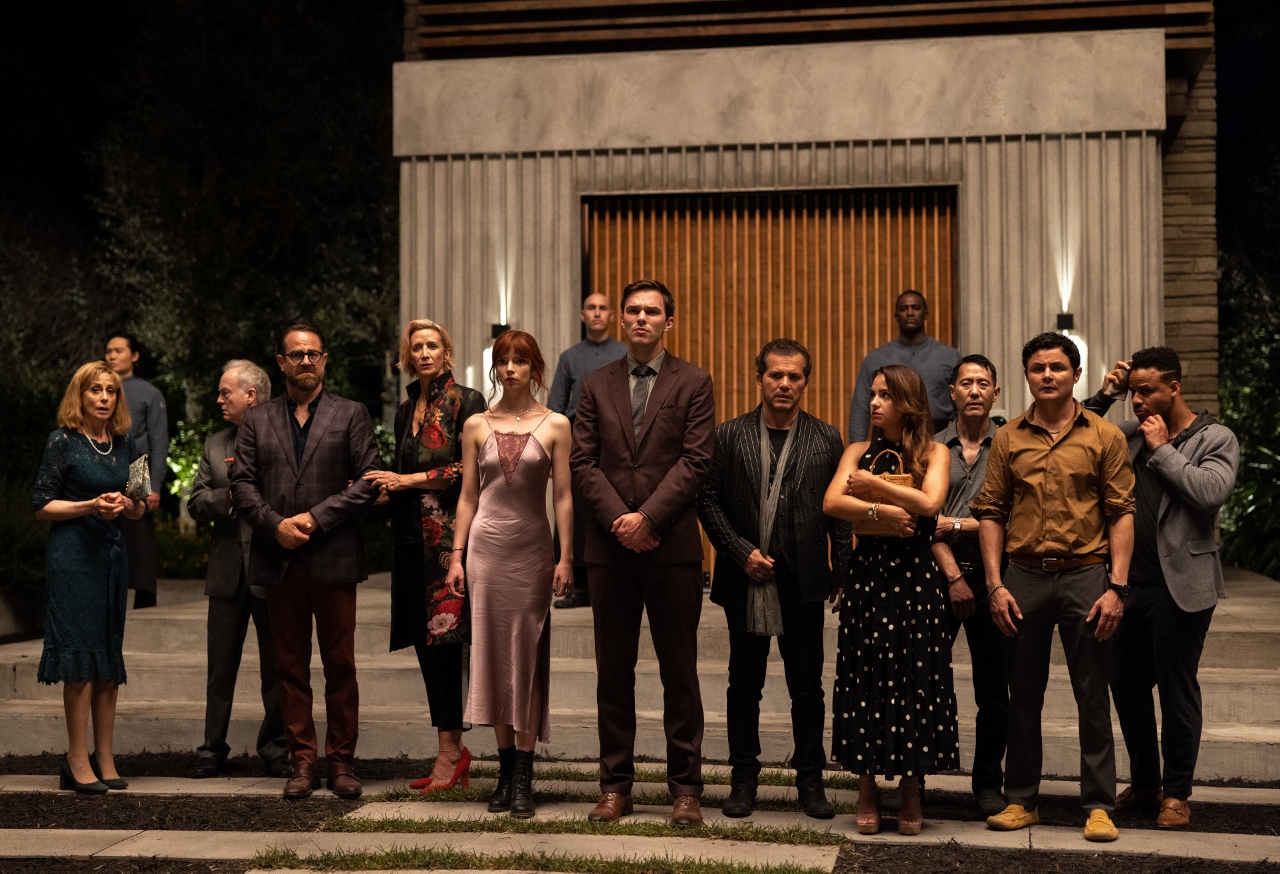 The horrors of “The Menu,” in theaters Friday, are far more consequential than being served an overcooked entrée.

Under Chef Slowik (Ralph Fiennes), his world-famous destination restaurant is accessible only by boat, the only structure on a remote uninhabited island that lacks cell towers.

That’s pretty creepy but weirdly funny in a send-up of foodies and their masters in a film produced by Adam McKay (“Don’t Look Up”) and Will Ferrell.  The wealthy diners include  an arrogant movie star (John Leguizamo), a famous food critic (Janet McTeer, “Ozark”), Nicholas Hoult’s Tyler, an avid would-be gourmet, and his unimpressed date Margot (Anya Taylor-Joy).

“I told everybody,” explained director Mark Mylod (“Succession,” “Game of Thrones”) in a virtual press conference, “to go watch ‘The Exterminating Angel’” — the 1962 film classic, a Surrealist nightmare where guests discover they can’t leave their lavish dinner party. “Because there was something I loved in Luis Bunuel’s film and that was this dawning sense of culpability of the guests.

“That was something we were interested in – how could we get our guests to walk into that space from entitlement and their egos and go from that?” Mylod said, “To gradually have these layers peeled back and their vanity stripped back, so that by the end of the film they were emotionally naked and ready to pay the check for their own demise?”

“I love the political and social commentary of this film, because I feel it’s tapping into something that’s happening, especially in America,” said Leguizamo. “Maybe across the world as well.

“It’s the disappearing middle class and these billionaires who think they can control us, control our democracies, control our social platforms.  How they control us – and separate us and keep us out and go into their own special bubble.”

For the activist actor, “The Menu” is “A great commentary on entitlement in America and about people creating an ‘Us versus Them.’ I love them getting their punishment in this flick.”

Cast as an arrogant Hollywood star, did Leguizamo model this chump on anyone in particular?

“I’m not being typecast. I’m not a washed-up action star,” he answered.  “I worked with a lot of action stars who became washed up — and I modeled it on one person who was a bully. Okay, Steven Segal.

“In rehearsals he knocked me out. Hit me with an elbow in my solar plexus because I was laughing at him. So I’ve seen these privileged guys who come into a room and suck the oxygen and it’s all about them.

“That’s what I tried to create because it doesn’t come naturally to me.”