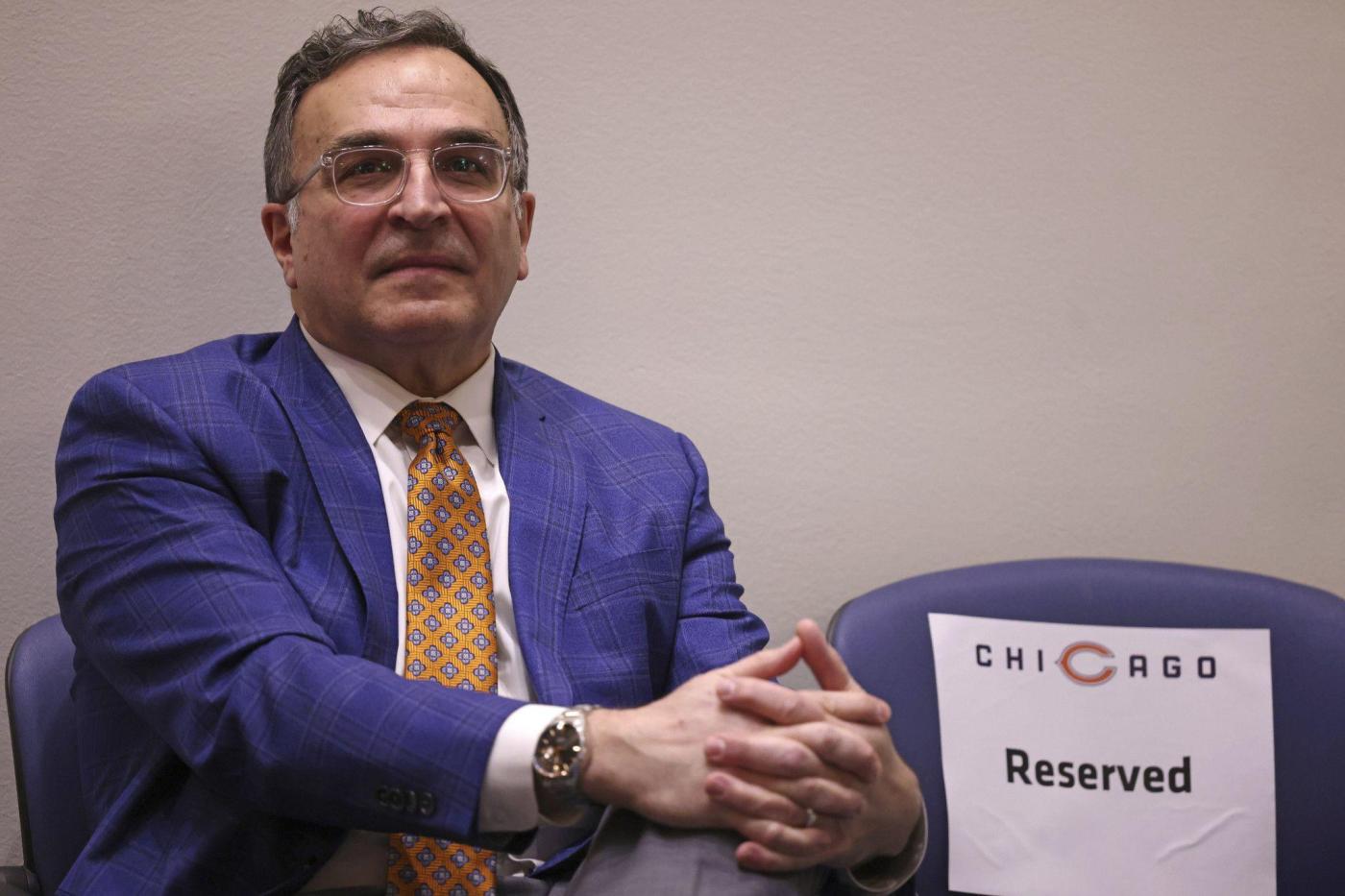 In the summer of 2019, as the Chicago Bears geared up for their 100th season, the team’s top officials had to tackle a sensitive off-field matter.

Citing security concerns, Mayor Lori Lightfoot’s administration had requested “updating” her season tickets, which she’d held for years before being elected months earlier to the top job at City Hall.

Lightfoot’s security detail worried that she would be hard to protect in the seats on the lakefront stadium’s 400 level, so they approached the Bears about moving her to a different location.

Team officials, including President Ted Phillips, worked with Lightfoot’s representatives to try to accommodate their security concerns and move the mayor’s seats — but the Bears had a problem of their own. From the team’s perspective, a 2016 ethics board ruling inspired by the Chicago Cubs’ World Series run complicated the question of whether they could offer the mayor a free or even face-value upgrade.

The city’s ethics board determined then that giving elected officials access to face value tickets for high-demand events constituted a “gift” under the city’s ethics ordinance, which prohibits them from taking anything worth more than $50. Initially, the ethics board said city officials could receive tickets if they paid face value for them. But the board later reversed itself, citing the fact that a regular member of the public would have to pay $50 or more above face value for such tickets on the open market.

That decision infuriated some members of City Council, though Southwest Side Ald. Matt O’Shea ripped his colleagues. “Buy your own damn tickets,” he said at the time.

Lightfoot’s 2019 move to change her Soldier Field seats led to months of discussions between the Bears and city officials. In the end, Lightfoot did not receive the upgrade she sought and kept her season tickets as is.

The Bears declined to comment. A spokesman for Lightfoot, who’s in a tough race for a second term in the Feb. 28 city election, did not address questions about the mayor’s effort to move her season tickets.

“It is well-established that Mayor Lightfoot is a die-hard Bears fan and a longtime season ticket holder in the 400 section of Soldier Field. Her seats haven’t changed in at least 10 years and they have remained the same during her tenure as mayor,” the mayor’s office said in a statement released by press secretary Cesar Rodriguez. “Go Bears.”

City emails released in response to Tribune public record requests show how top Lightfoot officials communicated with the NFL team over the matter.

“Jim, many thanks again for taking my call today and the productive conversation. I’m confident that we will have a collaborative and successful partnership moving forward and we look forward to working with you and your team,” Sherrow Bayless wrote. “If you have any questions, need additional information, or assistance with facilitating anything at the stadium and/or upcoming events, please reach out to us at anytime.”

Smith thanked her for the response and noted, “We are currently in the process of hopefully updating the mayor’s seats, not quite sure at this point where they will be but will advise once we know.”

Trautmann responded, “We are looking forward to a much less confrontational experience with you and your team ;). Whatever we can do to facilitate the mayor’s time at SF, please let us know!”

Writing back, Smith assured her “there will be no further issues on our side of the ball.”

“Anything you need from CPD say the word, I happen to have a friend with some clout ;)” Smith wrote. “I look forward to sitting down.”

A Bears executive assistant emailed Smith on Aug. 8 to follow up.

“It is my understanding that you and (Bears executive) Lee Twarling have been in contact regarding season tickets,” the assistant wrote. “I wanted to follow up with you to see if you have any more questions or if any decisions have been made regarding the options you and he have discussed? You may contact either one of us.”

Sign up for The Spin to get the top stories in politics delivered to your inbox weekday afternoons.

Records show the conversation over tickets continued into the fall and officials discussed the ethics ruling as a key hurdle.

In October, for instance, Lightfoot’s senior ethics adviser Celia Meza emailed Roger Bickel, an attorney with the Bears, to ask if they could have “a follow-up conversation regarding the city’s ethics advisory opinion.”

Later that month, Bears General Counsel Cliff Stein emailed Meza to thank her for a series of conversations they had “as both counsel seek to interpret the Board of Ethics guidance as it may relate to addressing the mayor’s security considerations.”

“Per our conversation I am enclosing three options below of the discretionary ticket locations and face value price list. As discussed, this is not a season-ticket holder account, which involves the purchase of a permanent seat license (PSL), but rather an executive discretionary account for the season that the club utilizes for business purposes in its sole discretion,” Stein wrote.

“Given that these tickets are not generally available to the public in advance and are being sold at face value, we would need written confirmation from the Board of Ethics that a hypothetical sale complies with the current ethics opinions and guidance taking into account any safety and security concerns in the stadium,” Stein wrote.

In the end, Lightfoot kept her seats on the 400 level, though it isn’t clear why she and her team dropped their request. Steve Berlin, ethics board executive director, said he “cannot comment on any specific fact situation, or whether the board was involved, and if so, what the board advised or to whom — that is all confidential by law.”

The 2019 season was followed by pandemic-altered 2020, where fans weren’t allowed in the stadium.

Although Lightfoot is a lifelong football fan and a Bears devotee, her administration has had a rocky relationship with the team. The mayor’s initial response when the Bears expressed interest in building a stadium in Arlington Heights was to call it “noise” and urge the Bears to focus on “being relevant past October.”

Since then, Lightfoot has floated the possibility of building a costly dome over Soldier Field and appointed a task force to examine the Museum Campus that’s home to the stadium, moves that were aimed at mitigating the political fallout if the team leaves Chicago.