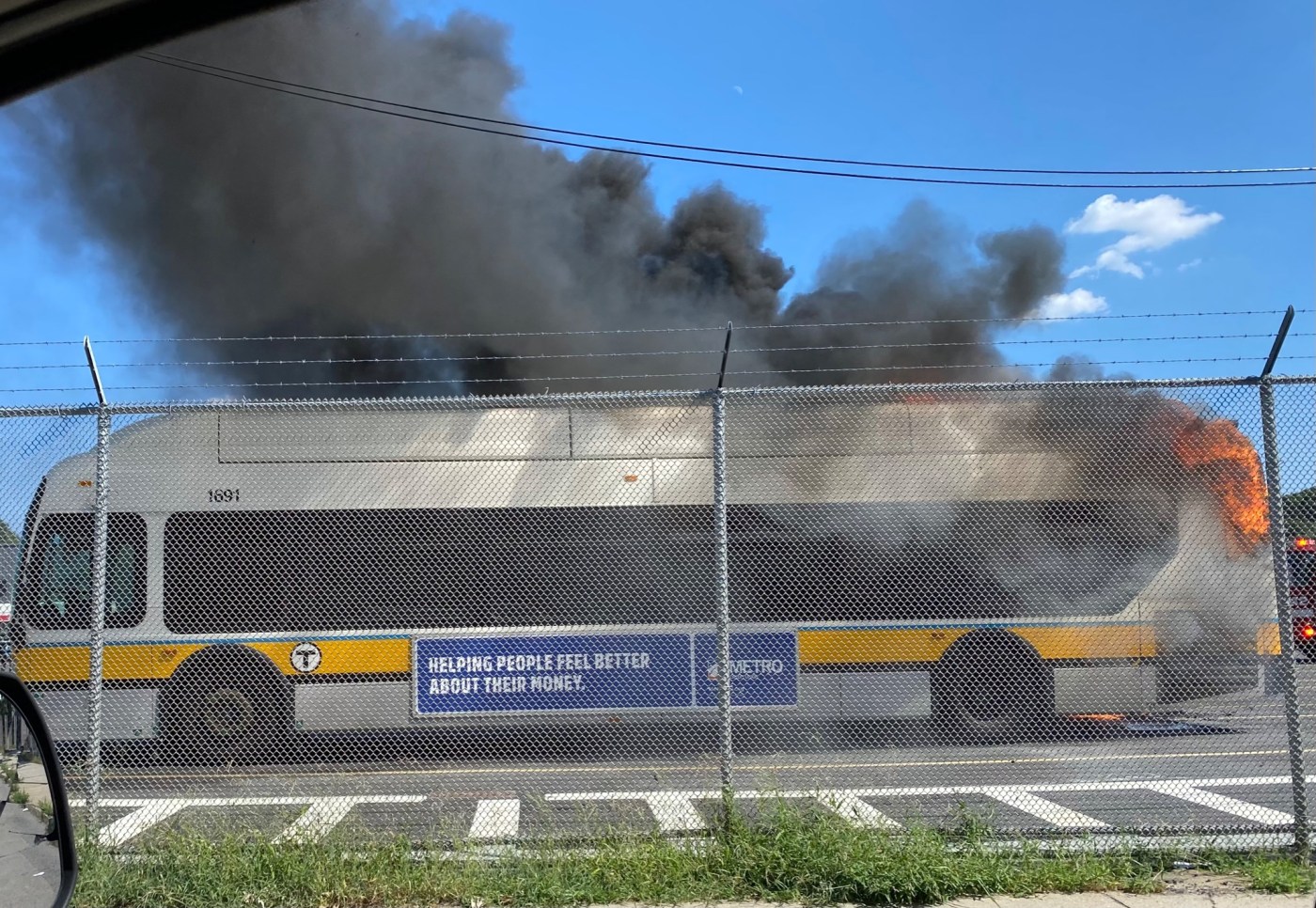 A fire on an MBTA bus that injured two workers last week in the Arborway Yard was likely caused by a failed air conditioner compressor, according to the agency’s Deputy General Manager Jeffrey Gonneville.

Gonneville said the bus was taken out of service because it did not have functioning air conditioning, and caught fire when it was parked in the Boston bus yard at approximately 3:15 p.m. on Aug. 4.

“The investigation for that is still preliminary, but we do feel very strongly that it was the result of an AC compressor that failed, and seized up on the vehicle,” he said at an MBTA board meeting. “We did conduct a full fleet inspection of all of this style, this type of vehicle, and there were no other buses that have been found with this particular defect.”

Gonneville said a more detailed inspection is underway to get to the bottom of why the AC compressor failed, and to answer other questions the T has about the vehicle and incident.

MBTA board member Bob Butler described the incident as “scary,” saying that the AC malfunction could happen again with other T buses.

The bus driver and an MBTA inspector noticed the smoke and flames as they were walking away from the parked vehicle in Arborway Yard. The employees contacted the Boston Fire Department, which doused the flames after two T inspectors were unable to do so prior to firefighter arrival, Gonneville said.

“The bus operator and one of the inspectors were transported from the scene,” he said. “The inspector, we believe, was for smoke inhalation. We are not aware of why exactly the operator was transported, but certainly it was obviously a result of this incident.”

Last week’s bus fire is among the safety incidents that continue to pile up for the beleaguered agency.

On Friday night, three Green Line buses froze in the tunnels between Hynes Convention Center and Kenmore stations, due to a “power problem,” at Kenmore. About 300 passengers were evacuated from the three trains and were walked back to two nearby stations.

The Green Line incident occurred about two hours after the MBTA released its Orange Line alternate transportation plan, just a week before the entire subway line is set to shut down for 30 days on Aug. 19. Days later, a section of the Green Line will also shut down for four weeks.

The 30-day shutdown was announced about two weeks after an Orange Line train burst into flames on a bridge over the Mystic River, leaving passengers kicking out windows to escape, and one woman diving into the water below to get to safety.

The fire occurred after a metal panel that runs along the side of the train “was peeled away from the car and ultimately bridged between the third rail, which is electrified, and the area of the train by the wheels that picks up that electrical current for the vehicles themselves,” Gonneville said.

“That self-evacuation on the right of way is incredibly dangerous because there’s, in most cases, live third rail right outside of that particular area,” Gonneville said.

There are levers on the train that allow passengers to evacuate from the interior of a train car, out of the ends of the car. The MBTA is considering a public information campaign to inform commuters about the safe way to exit a train in case of emergencies, he said.

The MBTA is under a safety management inspection by the Federal Transit Administration, which plans to release its final report at the end of the month.