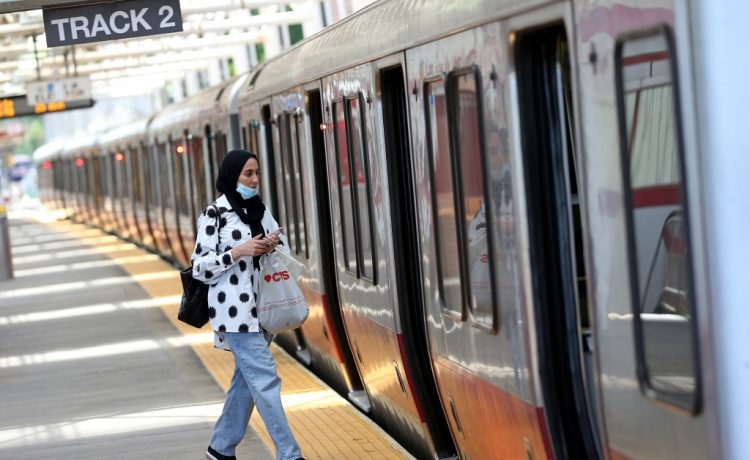 The MBTA desperately needs a top-to-bottom overhaul that starts with how it communicates to riders — instead of the non-transparent and sometimes dismissive attitude the agency now takes.

The T has been led by the same communications strategy for decades but with Maura Healey’s election as governor now is the time for long-overdue changes.

Whoever Healey chooses to lead the agency is important but if the team below him or her stays the same then nothing will change.

The fact is that riders don’t trust the T. The agency needs to regain that trust starting with the Healey administration. Gov. Charlie Baker took over the T early in his term but made a major mistake by failing to truly shake up the embattled behemoth.

The rider advocacy group TransitMatters recently cited what it called a “troubling pattern” of the MBTA continuing to be “secretive and unclear” about improvements on the slow and old Red Line.

TransitMatters reported that trips on the Red Line take 15 minutes longer than they should.

T spokesman Joe Pesaturo told the Herald that the agency’s engineering division “is working to schedule an appropriate time to perform rail replacement activities” which would necessitate diversions on the line.

“This brief statement is insufficient to address the concerns and anxieties of riders and municipalities that rely on the Red Line,” TransitMatters said. “The MBTA must come forward with a complete and specific description of the deficiencies on the Red Line, and be fully transparent about what it will take to fix them and whether the T has the resources to do the job.”

TransitMatters urged the T to be more clear with riders about diversions and shutdowns and how they are benefitting riders.

“There must not be a repeat of the Orange Line shutdown, with conflicting statements, ever-shifting schedules, and slower service,” the advocacy group said.

There have been rumors of a Red Line shutdown for months, similar to what the T did with the Orange Line.

In August, the T posted a plan to shut down parts of the Red Line this fall, but the agency then reversed course and said that wouldn’t happen – at least not this year. Next year? Who knows? Healey will be governor by then and she’ll have to deal with the fallout.

But if Healey installs her own communications team she’ll at least be able to control the narrative and restore trust with the public.

No more lying. No more snarky or non-responses to public records requests. Tell the truth – even if it hurts. The T’s riding public deserves nothing less.