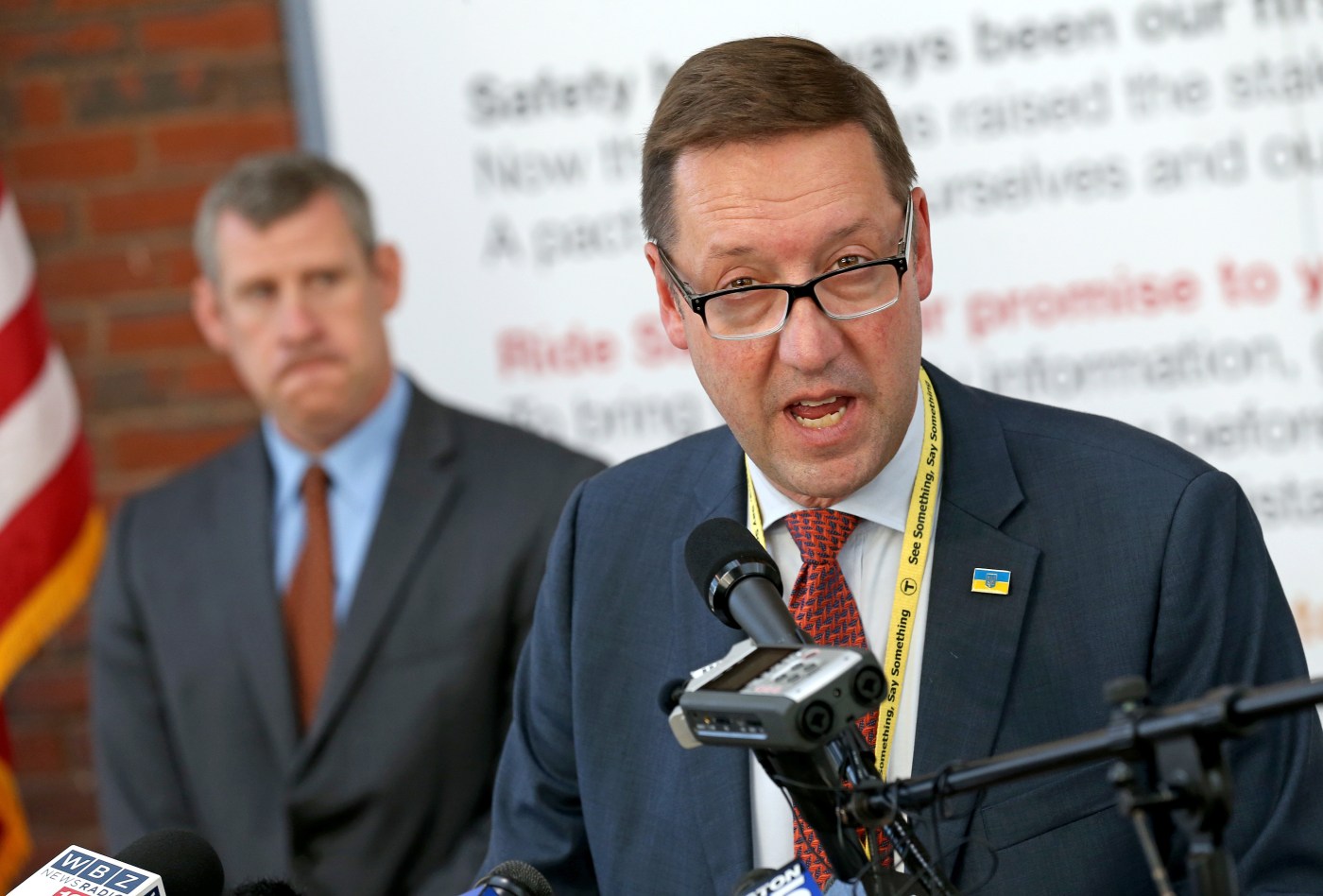 State transportation brass laid out a grim picture of what the next 30 days will look like during an unprecedented shutdown of the entire Orange Line.

“We have drivers coming from all over the country,” MBTA General Manager Steve Poftak said. “They have been out practicing the route. I grew up here. Boston roads are sort of their own unique thing.”

MassDOT Secretary and CEO Jamey Tesler said the T’s alternative service plan could be tweaked in the coming days, as the region gets a glimpse of what life without one of its major subway lines will look like.

“Today is the beginning,” Tesler said inside Forest Hills station, which is located on the Orange Line and is part of the commuter rail. “It is not a fixed plan. We will continue to listen, and if things are challenging and can be made better, we will do so.”

MassDOT Highway Administrator Jonathan Gulliver added that new roadway configurations made to accommodate shuttle buses could lead to “conflicts” between cyclists, pedestrians and drivers lacking familiarity with the changes.

“We are expecting major traffic impacts in certain areas over the next four weeks while the diversion is ongoing,” Gulliver said, referring to the overlapping Orange and partial Green Line closures, which will extend until Sept. 18.

“These traffic impacts will be evident on interstates and secondary roadways, especially between the North Shore and Boston, and on roadways directly adjacent to the Orange and Green Line shuttle bus diversion routes.”

“We do not want to portray this as an easy month, but we do believe … in the long run, we’ll have a better Orange Line,” Tesler said. “We will address the safety issues we need to address during this period of time.”

Shuttle buses will run between Oak Grove and Haymarket/Government Center stations and between Forest Hills and Back Bay/Copley stations.

However, Poftak reiterated his past suggestion for people to turn to the commuter rail instead, which will be free for those who flash a CharlieCard in Zones 1, 1A and 2, or work from home, if possible.

He said the plan was for all shuttle buses to be deployed at 9 p.m. Friday, with platform supervisors on hand to help people get on and off the buses.

The last Orange Line train was planned for “roughly 9 p.m.,” which was set to kick off an extensive process that would include berthing the train cars in storage facilities and powering down the system, he said.

“The MBTA does not have a switch where you can just turn off the Orange Line and back on,” Poftak said.

The MBTA says the monthlong shutdown will allow it to complete track and maintenance work that would have otherwise required five years’ worth of evening and weekend diversions, but riders looking for some relief afterwards may be out of luck.

Poftak said the Sept. 18 deadline could be pushed, if safety issues arise, and partial shutdowns will likely continue on the Orange Line, although he “basically” ruled out another full closure.

“We will use this tool where appropriate,” he said.