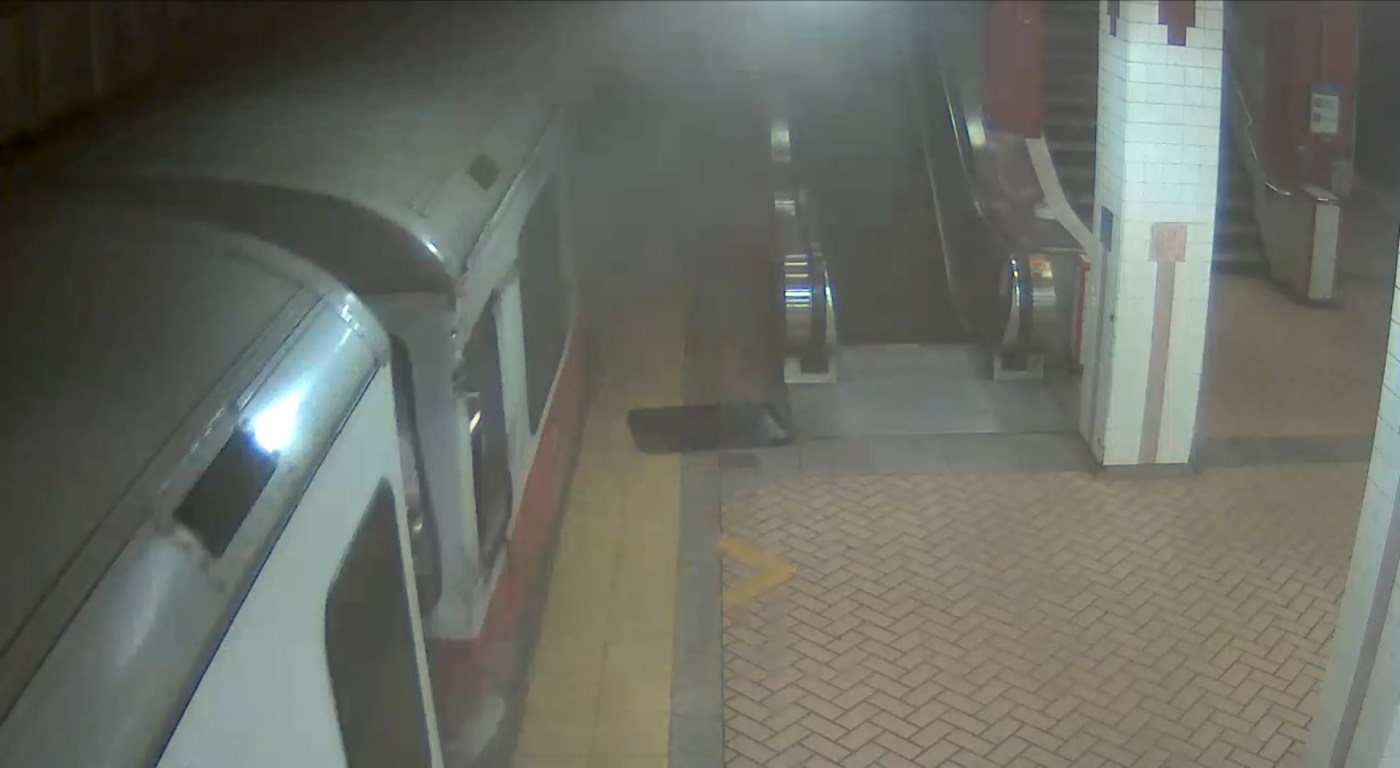 The footage shows a June 14 low-speed collision between two Green Line trains, a June 20 battery failure on a new Orange Line train and a Red Line derailment that occurred on Sept. 28, 2021, with more than 40 passengers aboard.

T spokesperson Joe Pesaturo said the operator of the striking Green Line train has been “reinstructed on the proper procedures for entering the platform where another train is already berthed.”

Ron Ester, the MBTA’s chief safety officer, said the nighttime collision resulted from a train operator who tried to “double berth” after pulling into Government Center station, “and made a low-speed contact with the train ahead,” which caused the trains to couple together.

Video footage shows an MBTA employee motioning for the train operator to stop as they get near the parked train, but instead the train continues to move forward, striking the other vehicle, which causes the employee to put his hands on his head in shock.

Ester said there were no injuries and the equipment was not damaged, but the incident caused a headache for some of the passengers, who were instructed to get off the train and walk through a tunnel to the station platform.

He said the T has issued a memo to train operators on proper procedures, and double-berthing at a station now requires prior authorization from the operations control center and the presence of a light rail official.

On June 20, all new trains were taken out of service after a battery failure occurred at approximately 4 a.m. in a new Orange Line train at the Wellington Yard in Medford. The trains returned to service on July 4.

Video footage shows a bright flash of light when the failure occurred.

“An inspector heard what was reported as a loud noise coming from the yard limits,” Ester said. “Upon their investigation, they found damaged battery covers and leaking battery fluid on a rail vehicle.”

Ester said the failure was caused by a battery temperature that was out of range; the temperature was too low, which increased the charge.

He said the engineers “redesigned the battery compartment to increase air flow and then in addition they did some modifications to the sensing circuitry.”

A third video shows a Red Line train traveling down the tracks at Broadway station when it appears to strike a wall, causing a piece of equipment to go flying.

Pesaturo said the wheels of the second car of a six-car train climbed off the low side of the restraining rail, causing the lead truck to derail as it entered the station.

“To help ensure it does not happen again, a closer inspection of restraining rail is now part of established track inspections program, which are performed twice weekly on the heavy rail and three times weekly on the light rail,” Pesaturo said.

“Restraining rail has been tightly secured to keep it in proper alignment. The protocols employed for re-railing a derailed train have been modified to ensure that the train cannot move unexpectedly.”