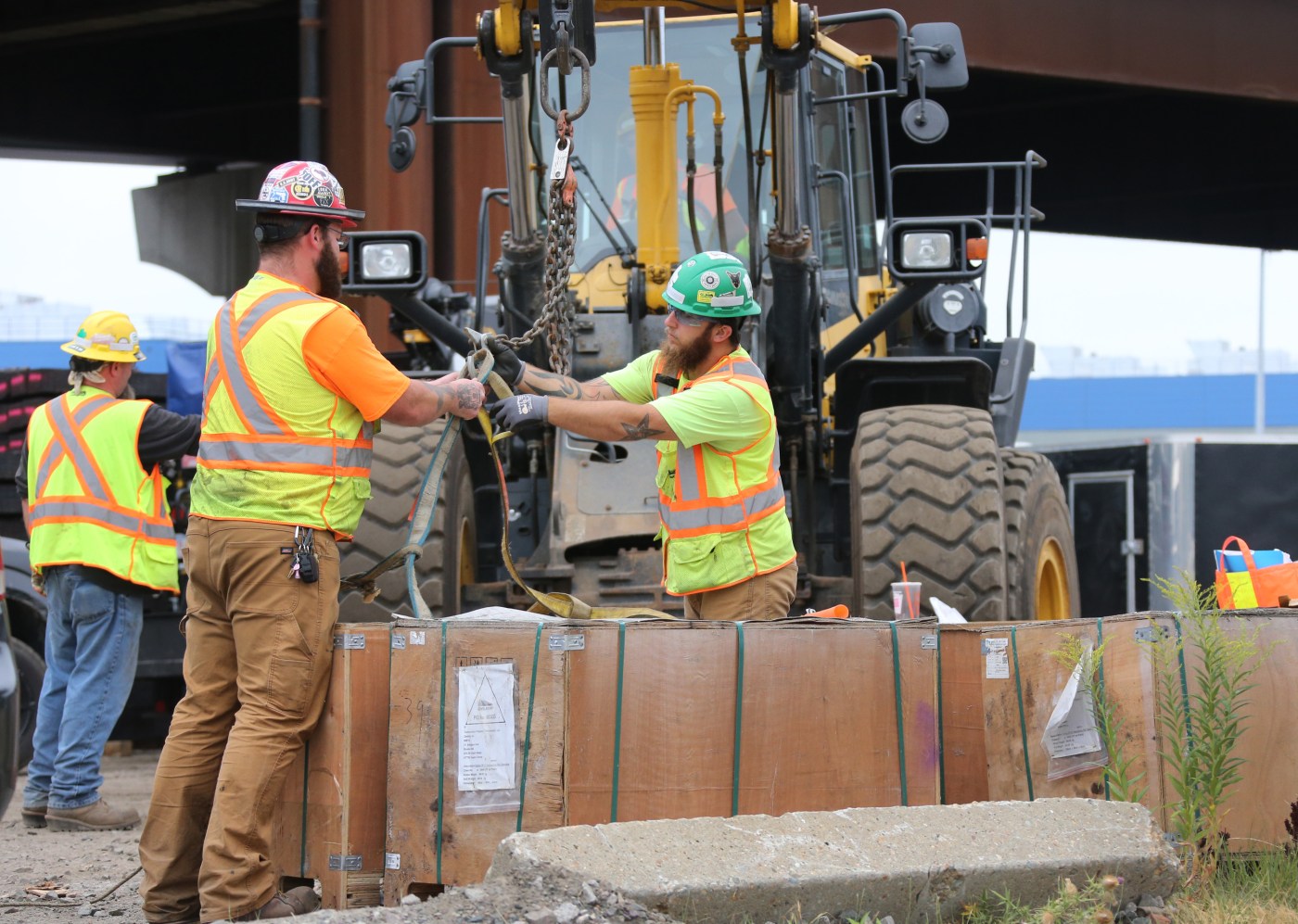 Two pieces of construction equipment derailed just five days into work on the Orange Line, but the MBTA says the incidents won’t adversely impact the 30-day timeline for project completion.

MBTA spokesperson Joe Pesaturo said the derailments both occurred this week, on Monday and Tuesday, days after the entire subway line shut down for construction.

“There have been two recent incidents involving construction equipment that will not have an impact on the Orange Line schedule,” Pesaturo said. “Neither resulted in injuries nor damage to equipment or infrastructure.”

A piece of equipment used for rail and tie replacement work derailed near the Ruggles crossover, just south of Massachusetts Avenue station, at approximately 8:30 a.m. Tuesday. Pesaturo said the cause of the derailment is under investigation.

Investigators believe rainy and slick conditions may have contributed to the other track incident, which occurred at approximately 7:20 a.m. Monday, Pesaturo said.

In that instance, “the rear wheels of a stationary piece of construction equipment slipped off the rails just north of Wellington” station, Pesaturo said.

The MBTA said that while every derailment is taken seriously, “it is important to remember that pieces of rail-borne equipment with rubber tires and bogie wheels are more susceptible to derailing in an active construction zone.”

The Orange Line shut down on Friday night, and will remain closed until Sept. 18 for track replacement, signal upgrades and crossover work.