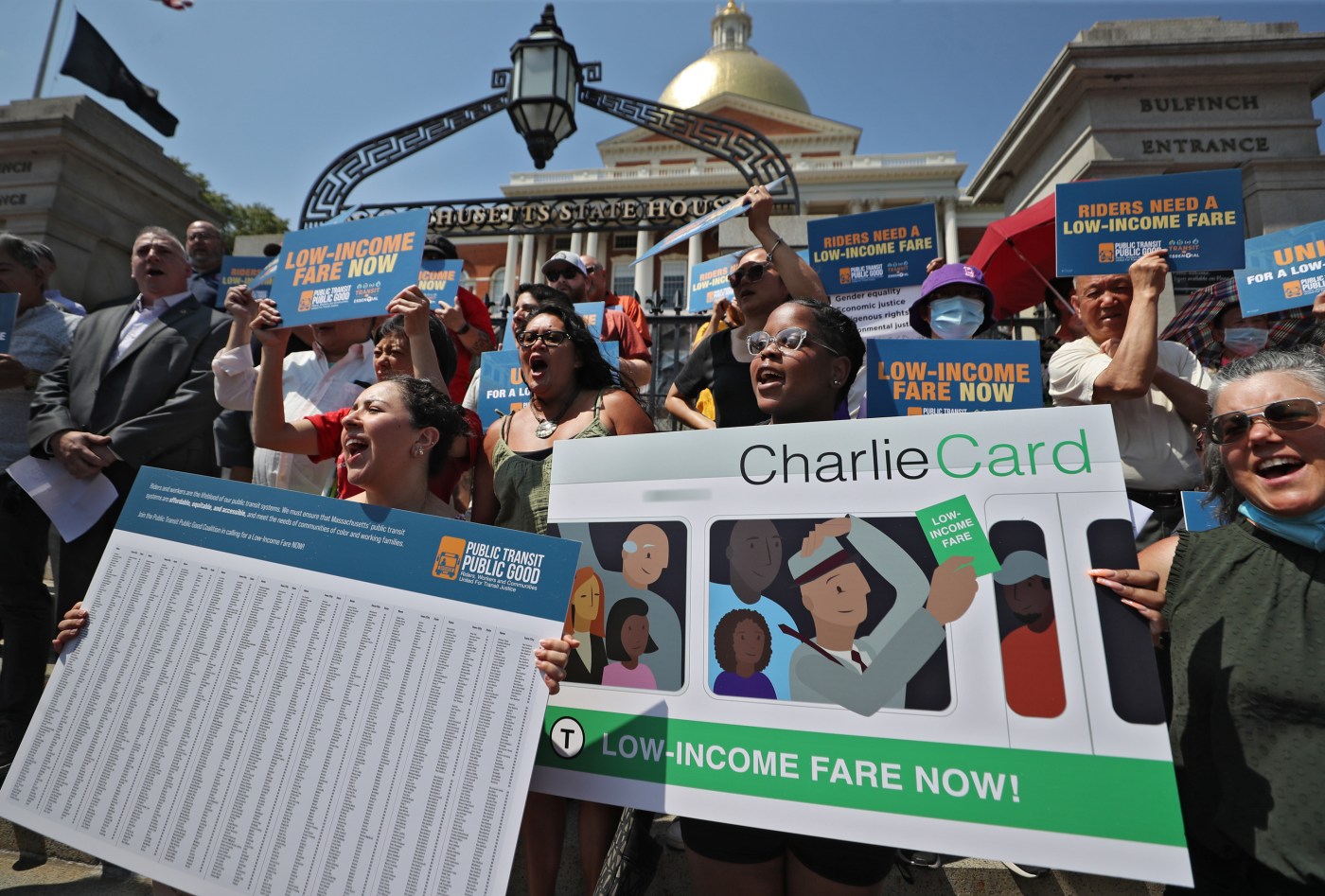 Transit advocates, MBTA riders and workers are making one final push for a low-income fare program to be passed through the Legislature by the end of the month, when the formal session ends.

“Low-income people are the hardest-working people in the commonwealth,” said Edwards, D-East Boston. “This isn’t a giveaway. This isn’t a — trying to give them anything free.

“This is an attempt to make sure that the hardest-working people know that their commonwealth is working for them. They have earned this opportunity. This is what we need to do.”

Edwards said she has introduced an amendment, “Lucky No. 7,” which would include a low-income fare program into the Senate’s transportation bond bill. Madaro tried to push for a similar amendment in the House version of the bill, which didn’t make the final cut.

Both noted that the House and Senate have already passed a low-income fare program, but it was vetoed by Gov. Charlie Baker last year.

But the switch is projected to cost the MBTA between $52-$85 million annually and further impact a budget already heavily dependent on fare revenue.

“The MBTA’s revenues come mainly from highly recessive sources — fares and sales taxes — which disproportionately affect people of color and low-income earners,” Evers said. “We need to find ways to sustain this effort by putting a funding mechanism in place.

“Low-income fare is just one small step we can take to make the system more fair and equitable.”

A reduced fare would be a game-changer for riders like Huiquin Huang, a home health aide from Charlestown who relies on the T to get to her job every day.

“When you’re in a family of low-income workers, every penny, every cent counts,” Huang said through a Chinese interpreter.

“Sometimes I walk 15 minutes to the bus so I can save 70 cents, because that 70 cents will go to my next ride for the bus and this is how I can make sure we can put food on the table.”

A spokesperson for Baker’s office did not immediately respond to a request for comment.