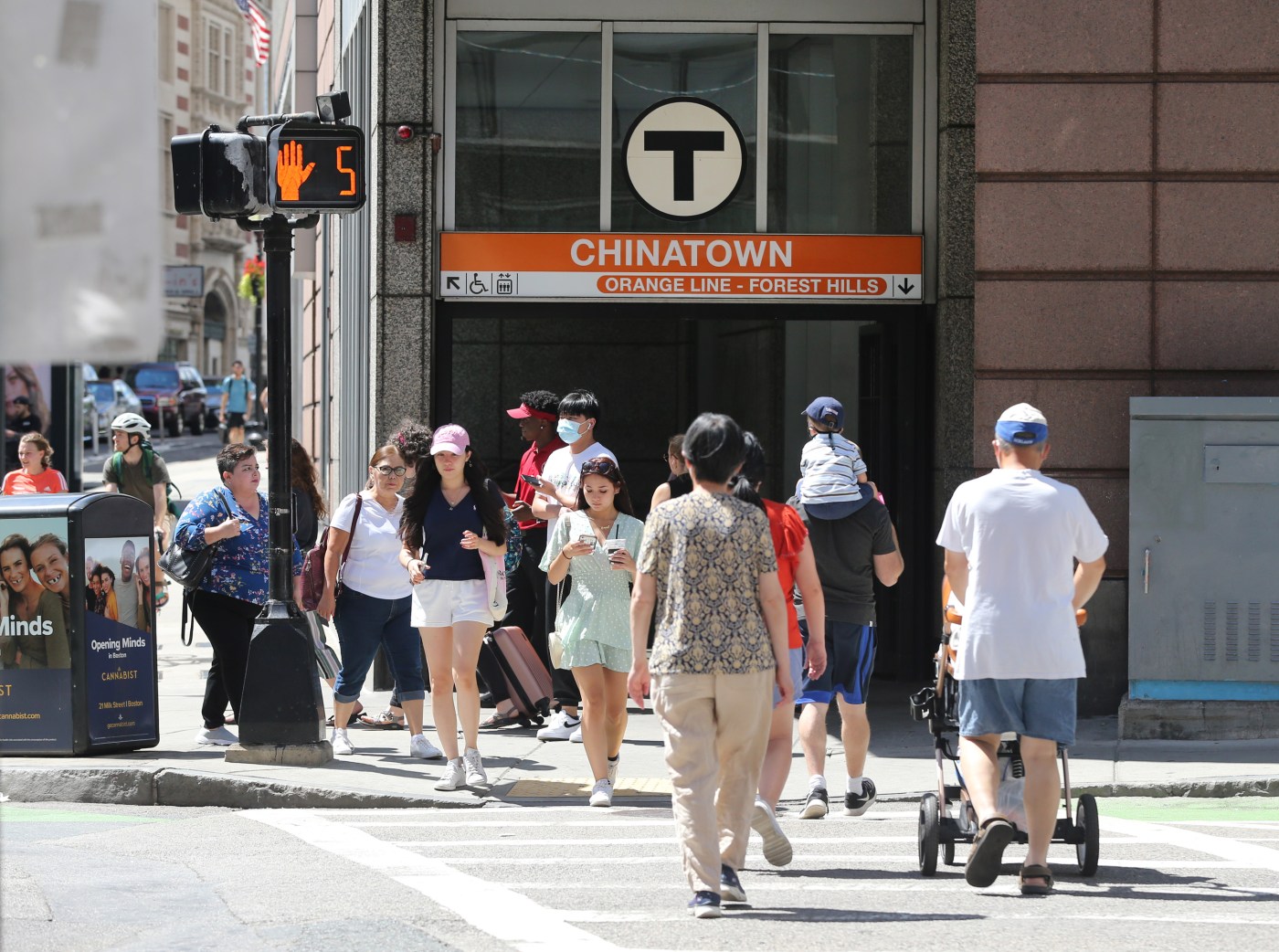 Shuttle bus service to Chinatown and Tufts Medical Center stations, which the MBTA added following community backlash, will be limited to early morning and nighttime hours during the Orange Line shutdown.

MBTA General Manager Steve Poftak said Thursday the supplemental shuttle will run from Government Center to Tufts Medical Center to Chinatown, and then back to Government Center, every 30 minutes from 5-7 a.m. and 8 p.m. to 1 a.m.

“It doesn’t really help us at all,” said Tufts COO Diana Richardson. “It may help a little for staff with early or late shifts, but no improvement for patients given the hours of operation.”

“That is essentially going to be a circulator there,” Poftak said at a Greater Boston Chamber of Commerce event focused on the Orange Line shutdown, which begins Friday at 9 p.m.

Poftak said Monday the two Chinatown stations had been excluded from the replacement bus shuttle route due to the challenging geography of the area, which already sees a lot of congestion. He said the T reconsidered those plans following feedback from the community and City of Boston politicians, who penned a letter to Poftak opposing the neighborhood’s exclusion.

The T is also adding a stop on the Silver Line 4 outbound bus route at Chinatown, at the intersection of Surface Artery and Kneeland Street, which it did not previously have, and has tentative plans to increase frequency on that route, Poftak said.

“Running buses through the heart of downtown Boston is extraordinarily challenging,” he said. “We’ve tried to address that by piggybacking on the Green Line here. We’re also going to try and run as much additional service on the core of the Green Line as we can as well to absorb the needs of our customers.”

In an hour-long appearance, Poftak also spoke to Chamber President and CEO James Rooney about the numerous other challenges that are expected throughout the 30-day Orange Line closure, which the T says will end on Sept. 18 and overlap with a related four-week closure on part of the Green Line, from Union Square to Government Center stations.

Poftak said commuters should be expecting a longer commute, as shuttle buses are nowhere near as fast as the rail system, buses may already be at capacity when they reach certain stops along the route, and the commuter rail — which will be free for those who flash a CharlieCard in Zones 1, 1A and 2 — runs less frequently than subway service.

Shuttle buses will run between Oak Grove and Haymarket/Government Center stations, and between Forest Hills and Back Bay/Copley stations. Accessible vans will be available upon request, the T said.

Poftak reiterated the T’s commitment to getting what it claims will be five years’ worth of evening and weekend track maintenance work done within 30 days, saying that it was the most effective way to complete the work and recommended by federal safety directives.

Evening or weekend diversions would only allow for a 60–90 minutes of track work per an eight-hour shift, he said, as work would have to be continually set up and broken down.

“This is a heavy lift for everyone involved, both the MBTA and everyone who depends on the Orange Line,” Poftak said. “So we thank you in advance for your patience, and we look forward to reopening an Orange Line that is more reliable, that is faster and that is safer.”