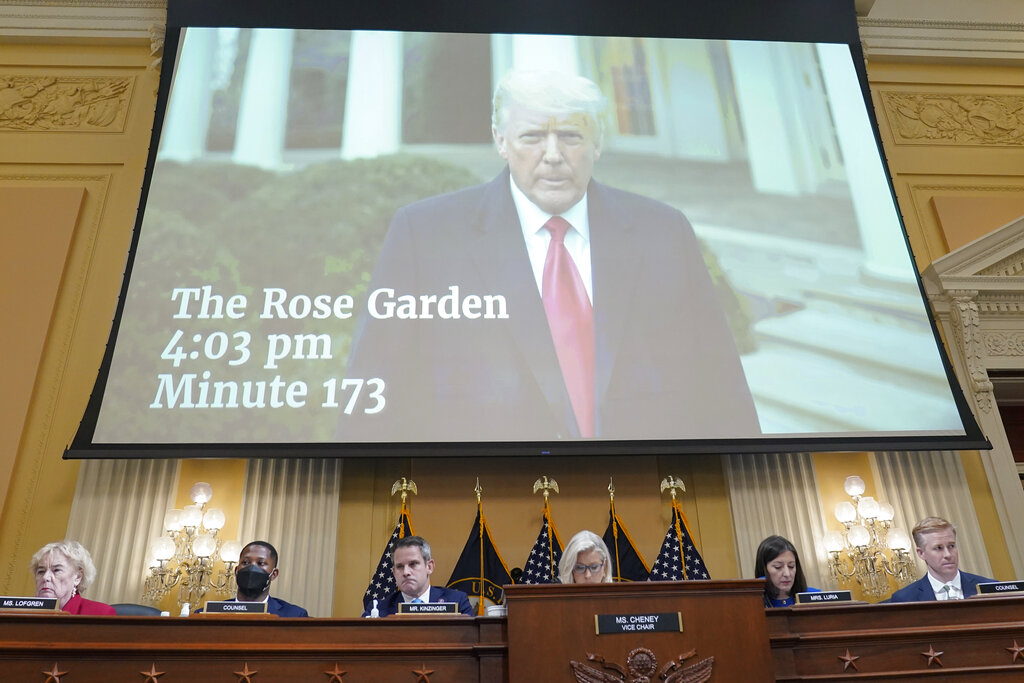 The Jan. 6 House committee just revealed how nakedly political it is. Forget protecting the nation. The committee’s safeguarding the Democratic Party.

After conducting hundreds of depositions and closed-door hearings, committee staff were notified that most of their findings — about domestic extremist groups and about law enforcement’s failure to protect the Capitol — will be excluded from the final report. All those investigations, paid for by taxpayers, are destined for the circular file. The committee’s final report, due before the end of the year, will be about Donald Trump and nothing but Donald Trump.

A sensible decision, if the committee’s only purpose is to cripple a future Republican presidential candidate. Trump’s conduct that day was damning. But the committee’s mandate was broader — to ensure that the process of electing a president, and the Capitol itself, would be inviolate no matter who runs.

The committee’s decision unmasks the big lie that tilted the election. In the months before the midterms, President Joe Biden and his media allies pummeled Americans with warnings that the nation is threatened by soaring right-wing extremism. The New York Times called it the country’s “top domestic terrorism threat,” citing the Department of Homeland Security. Biden warned that the survival of democracy is on the ballot in the midterms.

How serious could the threat have been if, once the election is over, the Jan. 6 committee puts aside concerns about right-wing domestic extremism? It was a lie all along.

The FBI manipulated data to make it look like right-wing extremists threatened America, according to whistleblowers cited by a House Judiciary Committee minority report.

The New York Times editorial board ginned up fear on Nov. 3, claiming “incidents of political violence in the United States by right-wing extremists have soared.”

The Times struggled to incriminate right-wing Republicans for the despicable hammer attack on Paul Pelosi, husband of House Speaker Nancy Pelosi. The Times said the man accused in the crime “echoed their hatred of Nancy Pelosi,” while at the same time conceding “it’s not clear whether the man had links to any of them.”

On Nov. 7, the Times warned that “the embrace of violent extremism by a small but growing faction of the Republican Party” puts democracy at stake.

Biden’s FBI and other law enforcement agencies also heightened the fear, issuing alerts about election-related violence. They could cite no specifics. In fact, there were no incidents. Zero. The vaunted threat to democracy didn’t materialize.

The nation has suffered from political violence. But it’s inaccurate to claim it’s a major threat or to blame only the Right. The bipartisan Center for Strategic and International Studies says that U.S. fatalities due to domestic political violence average 31 per year, a “relatively small” number. Nineteen deaths were linked to the two weeks of rioting following George Floyd’s murder.

These death tolls pale beside the 25,000 homicides yearly in this country. Crime, and pro-crime policies favored by Democrats, are the real threats to our safety.

The Jan. 6 committee should do its job, providing undoctored data and an accurate perspective on how much of a threat political extremism is in this country.

Instead, the committee’s putting aside two years of costly investigations, before the public sees the results, to spend the final weeks of Congress on a sideshow over whether Trump will testify.