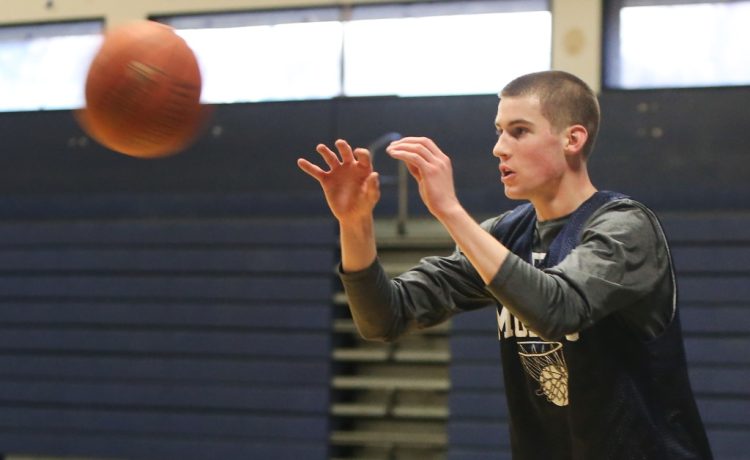 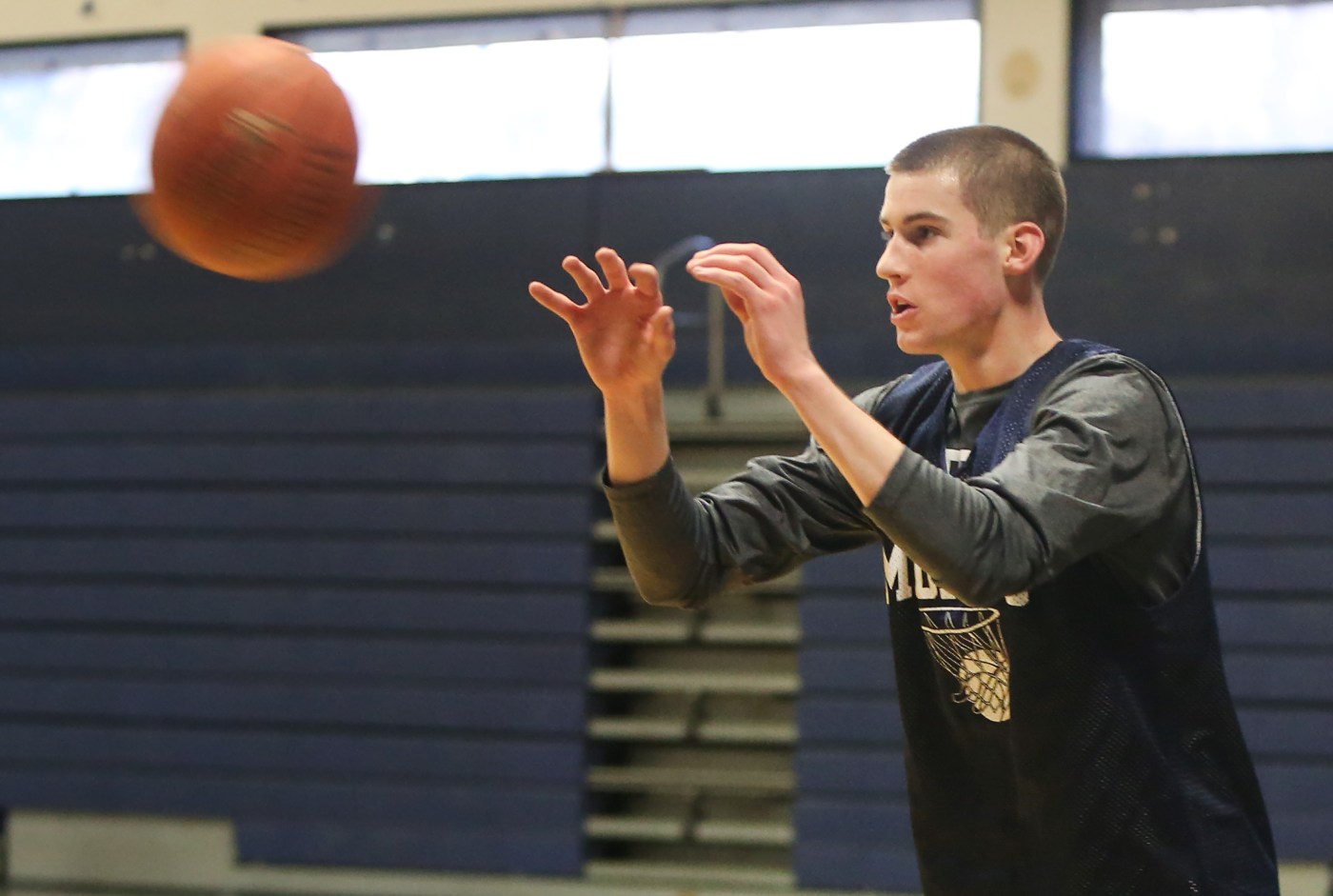 MEDFORD – The phone call Sam Orcutt waited an eternity for came Friday afternoon. On the other end was the United States Military Academy telling the Medford High basketball star that he was accepted to West Point.

“Ever since I started learning about the military academies, West Point was on my radar and has been for a while,” said Orcutt, whose older sister Amy is already at West Point. “It was pretty amazing to get the phone call from them.”

As happy as Orcutt was, Medford head boys coach John Skerry might have rivaled him in the excitement department. The two have forged a good friendship since meeting at a basketball camp eight years ago.

Orcutt’s interest in the military started at a baseball camp at the Naval Academy just before high school. He set his sights on getting into a military academy, and West Point topped the list. The next step was securing a military letter of recommendation, which he got from U.S. Rep. Katherine Clark.

His passion for the military is matched by his love of basketball. Much of that came from his uncle, Scituate head boys basketball Matt Poirier, whose wife Emily is the brother of Sam’s father, Ben.

“My uncle Matt and my cousin Jack (a former Boston Herald Dream Teamer now playing at LeMoyne) were the two that really got me into it,” Orcutt said. “I saw the love they had for basketball and watching the success Jack had because of the time and effort he put into it was something I appreciated.”

Because of their schedules, Poirier hasn’t had an opportunity to see his nephew play live. Thanks to modern technology, Poirier watched all of his games on Hudl and freely admits he could have found a spot in his lineup for a 6-foot-3 swingman who is averaging more than 21 points a game.

“I might have a hard time explaining that one,” Poirier said with a laugh. “I’m so happy for Sam after missing most of last year with injuries. I just love the tenacity that he plays with.”

Producing on the court hasn’t been the issue for Orcutt as much as getting on the court. A preseason ankle injury caused him to miss some time, then a broken hand took care of the rest of the season.

“It was tough on Sam, but he never once complained, never once said wow is me,” Skerry said. “He just worked hard, he’s really an old school type of kid. He can be coached hard, wants to be coached hard and that’s something you don’t always see these days.”

Not surprisingly given where his future lies, loyalty is a big word for Orcutt. As Skerry mentioned twice, Orcutt had opportunities to leave Medford for prep schools, but wanted to stay at home. For Orcutt, it was never a matter of having to make a decision – he was home and always intended on staying at home.

Medford athletic director Bobby Maloney couldn’t be happier that Orcutt stayed the course at his school. It isn’t just the basketball ability that makes him the type of student/athlete Maloney wants in his program.

“He’s just a great, great individual person, someone everybody in the school is so proud of,” Maloney said. “This is the kind of kid you’re dealing with. At the freshman/sophomore game the other day, he’s at the end of the bench, filling the cups with water and handing them out to kids during the game.