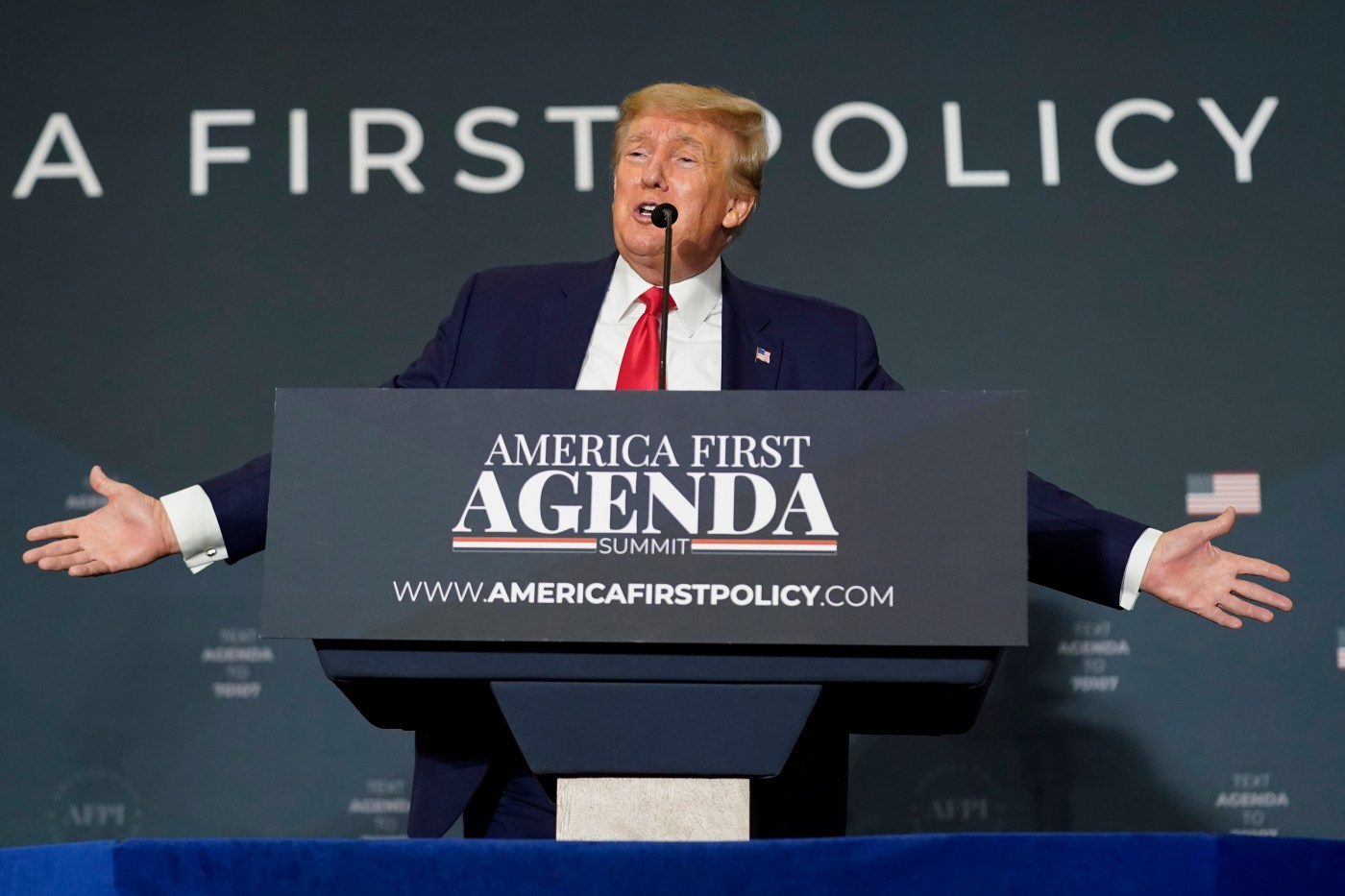 Addictions — whether it’s drugs, alcohol, gambling, or anything else — are not healthy. So, why not define former President Donald Trump as a media addiction. Yes, the mainstream media (both left and right), cable stations, social media, newspapers and radio are all addicted to Trump.

I seriously question if the media could do without Trump. He is the ultimate reality show. Mix Trump with elections and now you have two teams, one to root for and one to hate.

But what does the media’s Trump addiction do for you or America?

Absolutely nothing. Far too frequently, addictions have bad endings.

The Trump Reality Show should have truly ended once Trump left the White House. His secondary microphone — social media — had also been cut off.

Subsequently, the Biden Show was beginning. It did not take Americans long before they realized their buyer’s remorse.

Biden’s mounting failures, starting with record COVID-19 deaths, the botched exit from Afghanistan, and then the administration’s belief that sanctions would prevent Russia’s invasion of Ukraine were all undeniable. It was clearly time to revive the Trump Reality Show. The Democrats and the liberal media started putting on “reruns” as they felt Americans could be forced to like the Trump Show once again. This time they were going for the prime time slot.

How do we get this all to stop? For most addicts, we must take away the source of the problem.

Former President Gerald Ford performed a very heroic act when he “canceled the Richard Nixon Show.” He did so by giving Nixon a blanket pardon.

No man is above the law? But one man can change the course of history by sucking up all the oxygen in the room. You choose. That is why the move by Ford was so magnificent and courageous. Some could argue that it cost him the presidency, but few would argue that it did not help to heal America.

What would put America on a better course?

Trump should take himself off the stage for good. Trump should say, “For the good of the nation and given my advanced age, I will not be seeking nor would I accept my party’s nomination for the 2024 presidential race.”

But, Biden, the titular head of the “anti-Trump group,” would need to participate as well. He would need to grant Trump a blanket pardon for all legal cases pending and those that could emerge in the future surrounding Trump’s business dealings and political maneuvering.

Then the media would need to stop talking about Trump. As with all addicts, start with one day, then one week, and then one month.

Republicans could be proud of Trump’s sacrifice as polls still show him in a dead heat against either Biden or Vice President Kamala Harris despite the pounding from the media.

Trump, in order to truly show remorse and appreciation, would need to refrain from endorsing or attacking any political figure and stop participating in political rallies while strongly encouraging all family members and surrogates to do the same.

Finally, Biden should immediately announce that he also would not seek a second term due to age.

Of course, this will never happen.

Democrats would have absolutely nothing to run on in 2022 and the liberal media would have nothing to talk about without the Trump Reality Show.

Democrats desperately need Trump and they want the Trump Reality Show to continue.

They will abruptly stop talking about Trump only when he is no longer of use to them.

Gary Franks served three terms as U.S. representative for Connecticut’s 5th District. He was the first Black Republican elected to the House in nearly 60 years and New England’s first Black member of the House. He is the host of the podcast “We Speak Frankly.” Follow him on Twitter  @GaryFranks. This column was provided by Tribune News Service.