Melrose teachers rally ahead of ‘work to rule’ protest 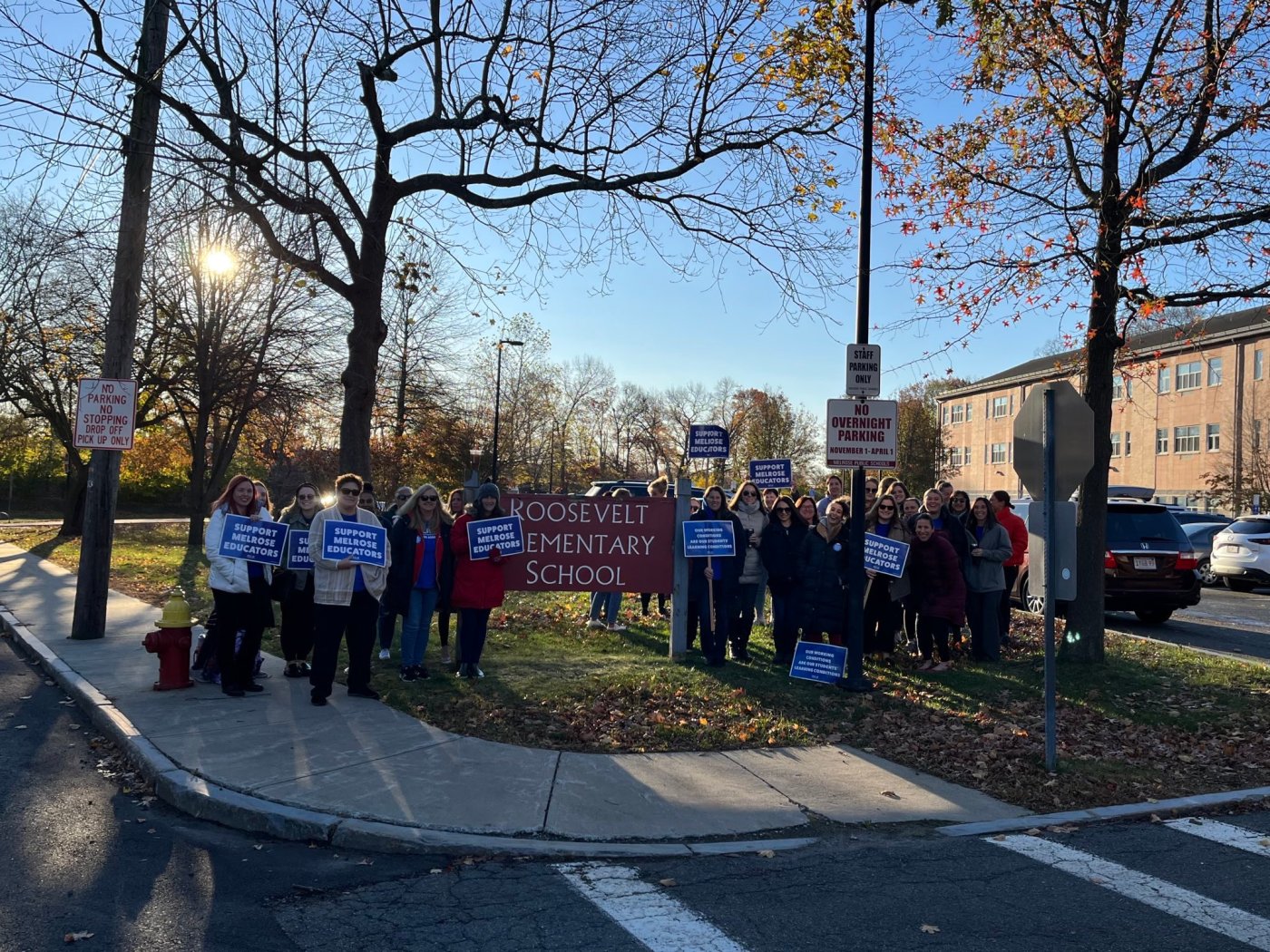 With contract negotiations dragging, Melrose teachers are are starting to put pressure on the school district.

The Melrose Education Association hosted a rally Monday night outside of City Hall, announcing their “work to rule” protest. The union voted last week to adopt the policy, which means teachers will be taking on only work directly mandated in their old contract.

“We’ll certainly continue to work within our contractual hours,” said MEA president Lisa Donovan, explaining that for instance, middle and high school teachers will be picketing outside the school until the 5-minute mark when they are contractually required to go inside and return to picket lines 5 minutes after school.

“It’s a sign of protest,” Donovan said. “Because we’re not out to punish our students. We want to support our students, but what we see as more harmful to our students is not settling long-term fair contracts for our educators.”

The union and city went into contract negotiations for teachers and paraprofessionals in February and the contracts expired in June.

“We have never been in a situation where we haven’t had a tentative agreement in June before the start of the next school year,” said Donovan. “This has really been a distraction that has dragged on for far too long for our educators.”

Some sticking points have been compensation and preparation time compromises, Donovan said. These mirror similar recent issues in Malden and Haverhill school districts, where teachers went on strike earlier in the fall to push for contracts.

Donovan said she could not yet comment on whether further action, like a strike, would be considered going forward.

Monday’s rally kicked off at 7 p.m. and led up to the City Council meeting at 7:45 to demonstrate support for the teacher’s protest. The work-to-rule protest will go into effect across the district Tuesday.

Donovan noted there’s been an “outpouring of support” from the community and fellow teachers’ unions.

So far, Donovan said, the union has not heard response from the city.