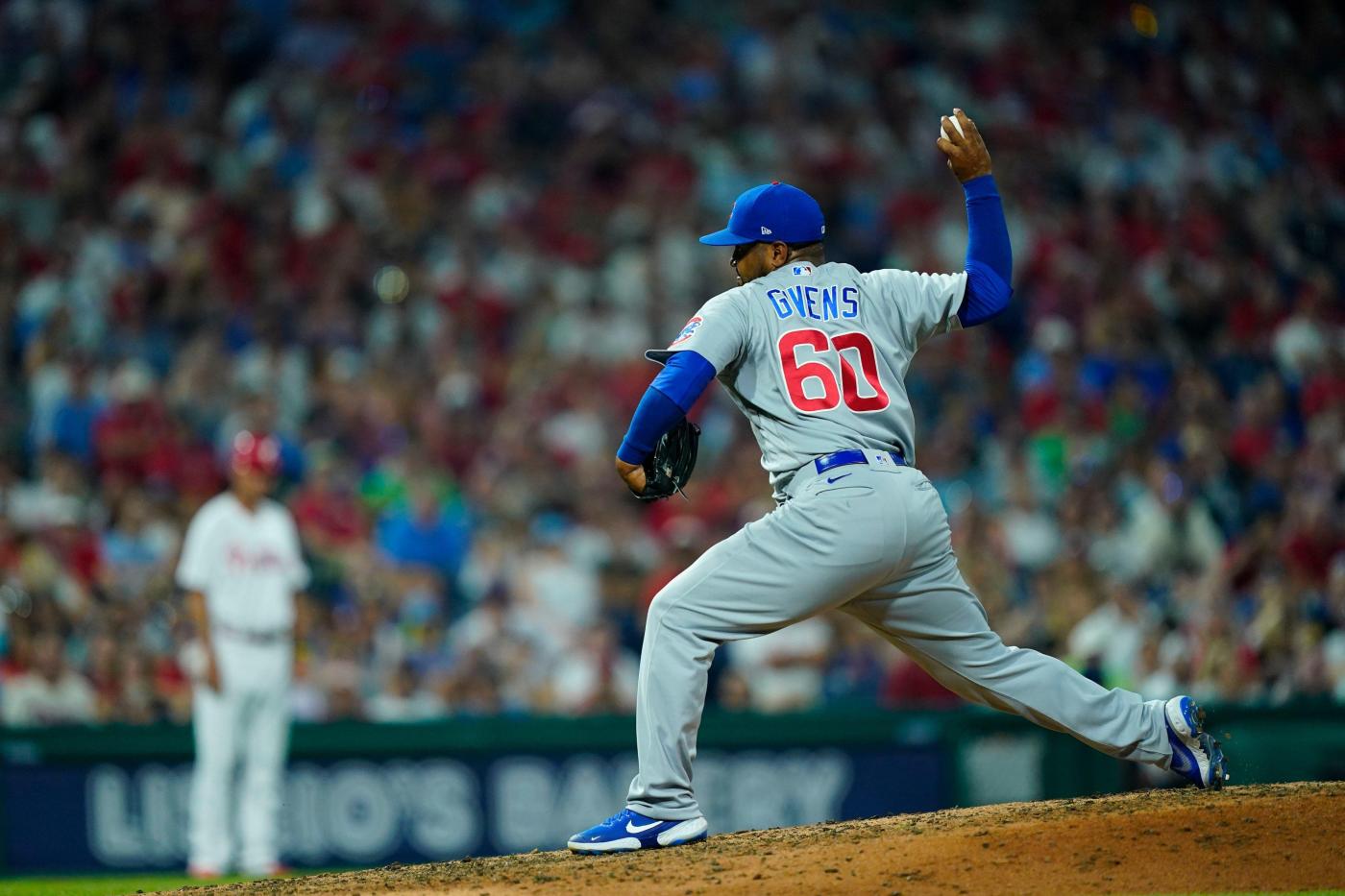 Mychal Givens and Darin Ruf were in the clubhouse meeting their new co-workers, and both were available to play in the game. Ruf did not make an appearance but Givens handled the final inning of the convincing win. It was an introduction he’d like to do over again, as the Nats jumped him for two homers and five earned runs, preventing him from finishing his inning.

Ruf, the ex-Giant, had to fly in from California. He got to the team hotel at six in the morning, took a nap, then headed straight to Nationals Park. Givens was with the Cubs in St. Louis, making for a much more doable travel schedule.

When both of them arrived, they walked into a first-place team adding more experience to an already veteran group, one that Ruf noted “was a team you didn’t want to play” when watching from afar.

“It’s emotional, but I’m excited at the same time,” Ruf said. “What an opportunity, to come to a great team and a great organization, we’ll play these last few months of the regular season and hopefully make a deep postseason run. I know this team has very high, lofty goals.”

“Going to a contender, and being back with Buck, who was my manager as a rookie, it’s kind of exciting,” Givens said. “When I saw that he was manager of the Mets I told people that they were going to have a good manager and they were going to contend. Look where they’re at right now.”

Givens last pitched on July 29, but Showalter said he’s not one of those guys that has to pitch on a strict schedule in order to stay sharp. Doing some back-of-the-napkin mapping out of the team’s roster, it’s clear that Ruf fits best as a platoon bat who will handle DH duties against left-handed pitching, and Showalter pointed out that he can give Pete Alonso some days off from playing first base. While he says that there haven’t been any formal conversations between him and the team as far as defining a role, Ruf obviously understands that platooning against lefties will be a big part of his value.

“If that’s the role that I’m in right now—to start and to help and that’s how it continues—that would be awesome,” Ruf said. “But you never know how your role changes throughout the year.”

Going from one team to another in the full swing of a season is certainly a role change. But people like Ruf and Givens, who have over 10 years of combined MLB service time, were prepared for anything the game threw at them.

Of course, there’s also some fun to be had on a division-leading team with the affable Showalter in charge.

“Some of the stuff you see online, the guys like having a little bit of fun with him,” Ruf noticed about Showalter. “He has fun with them right back. I think that’s a great way to promote winning. It seems to be working here.”

Trevor May is back and, hopefully, here to stay. The big right-hander who appeared in 68 games for the Mets last season has been out since May 2 with a stress reaction in his throwing arm. After making four rehab outings, he’s ready to jump back in the deep end.

“I was just monitoring how stuff was moving, velocities and all that kind of stuff,” May said of his time rehabbing in the minors. “When it got in the range of normal for me, then it just became how quickly my arm was recovering.”

The final step was pitching on consecutive days, which May did on July 30 and 31 at Triple-A.

“I felt pretty strong there,” May explained. “All systems go.”

The Mets, albeit with a different manager, used May primarily in the seventh and eighth inning last season. The new skipper was asked if he envisions May reclaiming that high-leverage role.

“I hope so,” Showalter said. “I’d like to work him back into it, but the game doesn’t always allow that.” May did take the eighth inning on Wednesday, though he had an eight-run lead, and got through it allowing just one base runner.

“It was good to get out there and get the feet wet again,” May said after Wednesday’s game. “It’s been a while. Three months is a long time. I got to use the off-speed pitches today. I’ll take it.”

In order to welcome May back and create room for Ruf and Givens, the Mets designated Kramer Robertson for assignment and sent righty relievers Stephen Nogosek and Yoan Lopez to Triple-A.

James McCann is close to being back with the Mets.

“I anticipate him playing for us [Thursday],” Showalter said of the catcher, who he plans on using roughly every other day. “We’ll definitely need him in the doubleheader [on Saturday.]”

When the Mets return to Flushing for five games with the Braves, they will throw Carlos Carrasco on Thursday, Taijuan Walker on Friday, some combination of Max Scherzer and David Peterson in the Saturday doubleheader, then close things out with Jacob deGrom on Sunday.

“No news is good news,” Showalter said of deGrom’s physical status after starting on Tuesday.