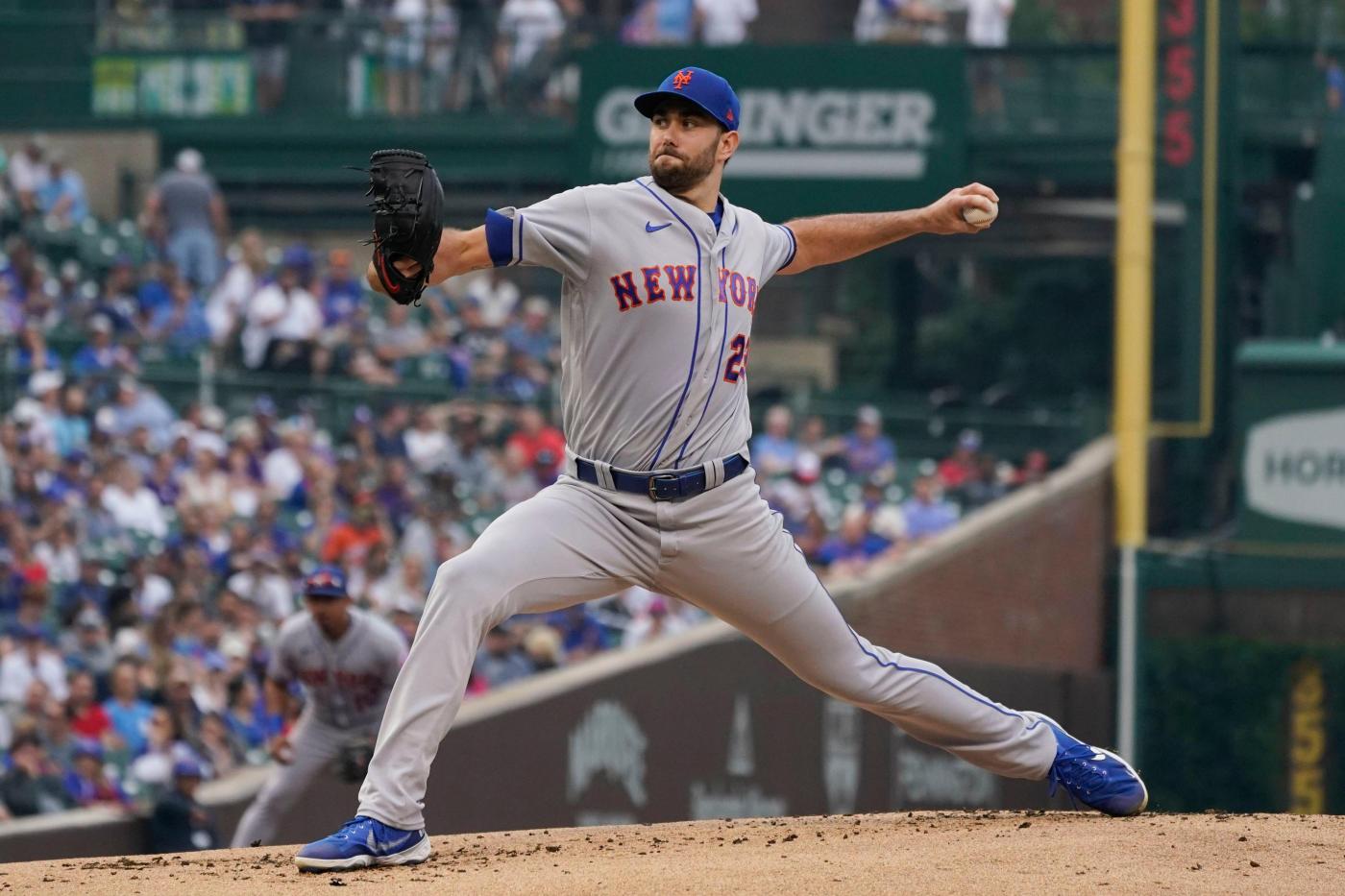 CHICAGO – Instead of marching into the All-Star break with a four-game sweep, the Mets will have four days to forget the way they ended the first half.

The Amazin’s, playing gritty baseball, wanted a better result in the series finale at Wrigley Field that wrapped up an otherwise successful road trip. Their one-run lead was erased in the eighth inning when Drew Smith coughed up three singles across five batters faced. When Buck Showalter trotted out of the dugout to yank Smith from his disappointing outing, it was too late. The damage had been done.

The Mets offense failed to scratch a run against reliever David Robertson in the top of the ninth inning and they fell, 3-2, to the Cubs on Sunday at Wrigley Field. When the Amazin’s were six outs away from a five-game winning streak, their taxed and shaky relief corps couldn’t hang on. They took three out of four from the Cubs and still managed to win their 21st series of the year.

David Peterson’s solid outing was spoiled by the bullpen, as has been the case too often this season. The Mets left-hander has been a boon for the rotation, particularly during an injury-riddled time when they needed an arm to step up. On Saturday, Peterson allowed one run (unearned) on three hits over five innings. He struck out eight batters and walked three in his 97-pitch outing.

Peterson enters the All-Star break with a 3.24 ERA across 72.1 innings and 13 starts for the Mets this season.

The Mets stole a run in the first inning, thanks in equal part to Francisco Lindor’s heads-up dodging skills and Cubs shortstop Nico Hoerner’s awful misplay. With two outs and Lindor on first and Starling Marte on third, the Mets shortstop was caught in a pickle. Lindor headed toward second base and waved at Marte, telling him to steal home, all while sidestepping Hoerner’s non-tag, staying in the baseline and stealing second.

The Cubs could’ve ended the inning if Hoerner simply put his glove on Lindor, but the Chicago shortstop was too busy paying attention to Marte. In the end, everyone was safe and the Mets took a 1-0 lead.