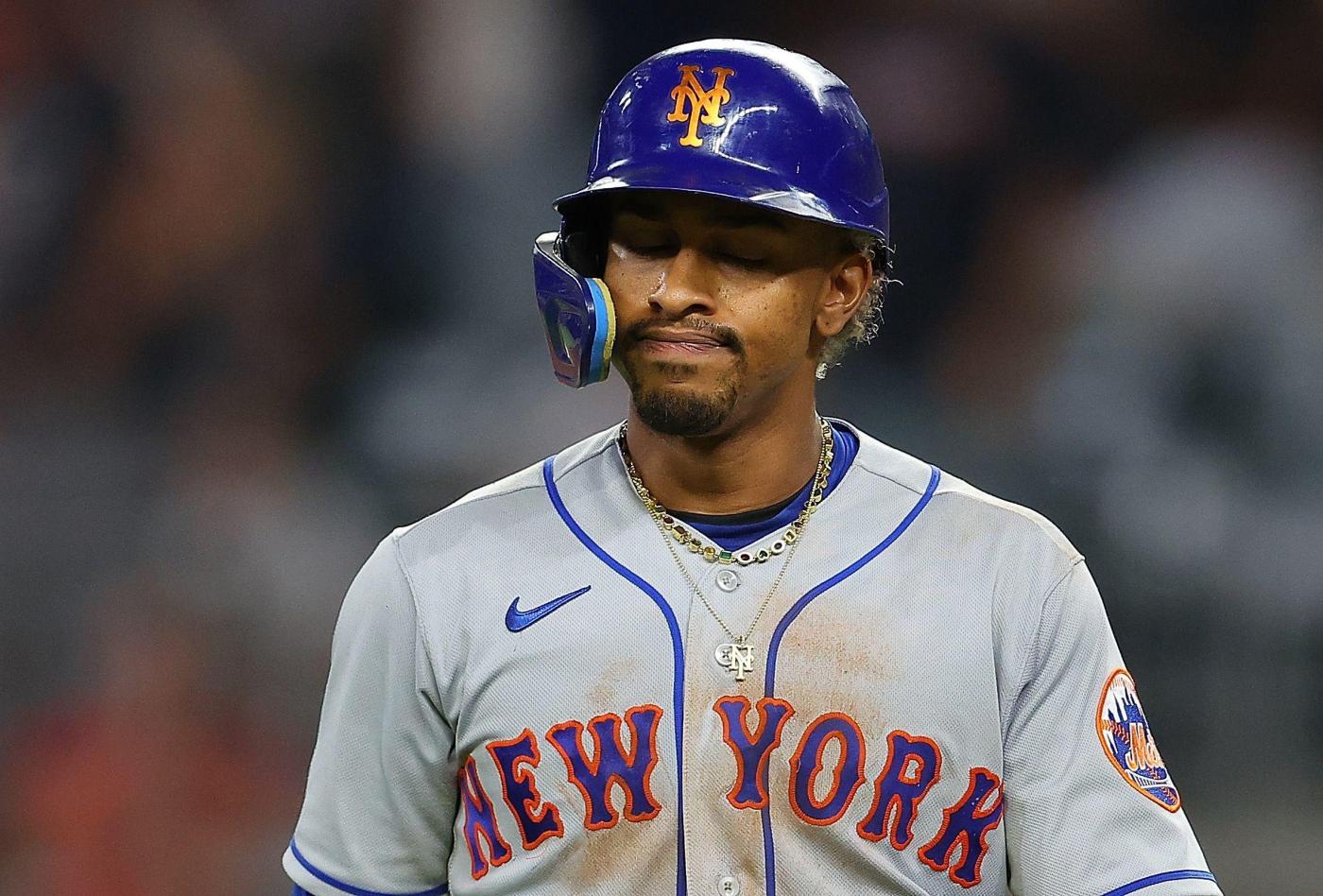 PHILADELPHIA — Nobody said it was easy.

The Mets are enjoying their best regular season since 2006 and are on pace to win 100 games for just the fourth time in franchise history. But they enter the weekend with a slim 3.5 lead over the Braves in the National League East, leaving no guarantee that their blistering pace will lead to a division crown or first-round bye in the re-formatted playoffs.

They now have four games with the Phillies in roughly 48 hours. Friday’s night game precedes a doubleheader on Saturday before a day game on Sunday, and their manager was asked for his thoughts on it all.

“It’s all a challenge,” Buck Showalter said. “I think pitching as much as anything. I think the key is not getting ahead of yourself and letting the game dictate what goes on.”

As much as the “One game at a time” and “Control what you can control” clichés get mindlessly recited ad nauseum, everyone in the organization knows how tight things are getting. Philadelphia is ten games out of first place coming into the weekend, but a strong performance both takes the Mets down a peg and puts the Phillies right back in it.

“You try not to talk about it, just embrace it,” Showalter said of the division race. “It’s a chance to separate yourself in challenging times.”

To help them out in Philly, the Mets have brought along some pitchers on the taxi squad. David Peterson is one, and he will start the second game of Saturday’s doubleheader with Trevor Williams taking the first. The other three taxi squad dudes — Jose Butto, Nate Fisher and Rob Zastryzny — are extra insurance due to the rash of injuries that have hit the pitching staff. If Taijuan Walker (back spasms) is unable to go on Sunday, the 24-year-old Butto is a likely fill-in.

Showalter provided a quick update on Walker and Tylor Megill, whose biceps tendonitis have kept him out of action since June 16.

“All those guys are progressing well,” Showalter said. “We haven’t finished our evaluation on Tai yet today. I know he felt a lot better [on Thursday]. We’ll see how the progress is. He’s not really there yet.”

By the time Megill gets back, it behooves both him and the team to use him as a reliever. The Mets will be nearing the postseason by then, and Megill’s starter pedigree and blazing fastball would certainly play up out of the bullpen. Of course, if Carlos Carrasco’s oblique becomes a longer issue than the team anticipated, Megill could also slide back into the rotation. Having a pitcher of his caliber (whenever he’s healthy) waiting in the wings is a good problem to have, just like being asked if any of the star players who’ve gotten the Mets this far are going to get some rest during this jam-packed weekend.

“We’ll take each game and see how everybody’s feeling physically,” Showalter said. “[We’ll] get input from everybody and see what our best chance is to put our best foot forward.”

There’s also one school of thought that believes playing this many games so close to each other, especially against a division opponent, can provide an advantage in the familiarity department.

“I don’t know about advantage,” Showalter guffawed. “It seems like we just played these guys. We’ll get done with our four games and let somebody else worry about them for a while.”

Darin Ruf, who was drafted by the Phillies in 2009 and played parts of five seasons there to begin his career, is back in the City of Brotherly Love. Showalter said that he thought he discovered a statistical gem before realizing that his newly acquired DH has been around these blocks before.

“I do a thing where I look at how people do in different ballparks,” Showalter began. “Without thinking, I glanced through and saw that Ruf had 25 home runs. I had to remind myself that he played here before.”

FINDING NIMMO SOME DAYS OFF?

Brandon Nimmo has played 100 games for the first time since 2018. Friday night’s contest was his 111th of the season, and with him being both the team’s leadoff hitter and center fielder, he’s getting a lot of reps on both sides of the ball.

Showalter said that even though Nimmo has had a heavy workload, the stage that Nimmo’s career is in allows him to power through.

“I see all the work he does. I think you’re seeing a player really understand playing with a certain pace. He’s just really maturing as a baseball player. It’s been fun to watch, especially with some of the things I’d heard in the past that had been a challenge for him that he seems to have been able to overcome so far.”

Asked to elaborate on those challenges, Showalter said it’s always been about health.

“Just staying on the field. He had some injuries [in the past] that he really hasn’t had to deal with this year. He’s been a guy that everybody can really count on.”

Nimmo got things going for the Mets once again on Friday, annihilating an Aaron Nola pitch for a leadoff single that led to him scoring the game’s first run.

Tomas Nido (COVID-19) and Luis Guillorme (groin strain) are being left to their own devices for the time being. Nido was forced to drive from Atlanta to New York as to not infect anybody else, while Guillorme is currently rehabbing away from the team. Showalter gave a rundown of his most recent conversations with them.

“Entertaining,” he said with a smirk. “Tomas and Luis, I should learn not to ask them about what they’re doing in their rehab, and just say ‘How’s it going?’ Nido’s almost back to New York now. They’re doing good.”