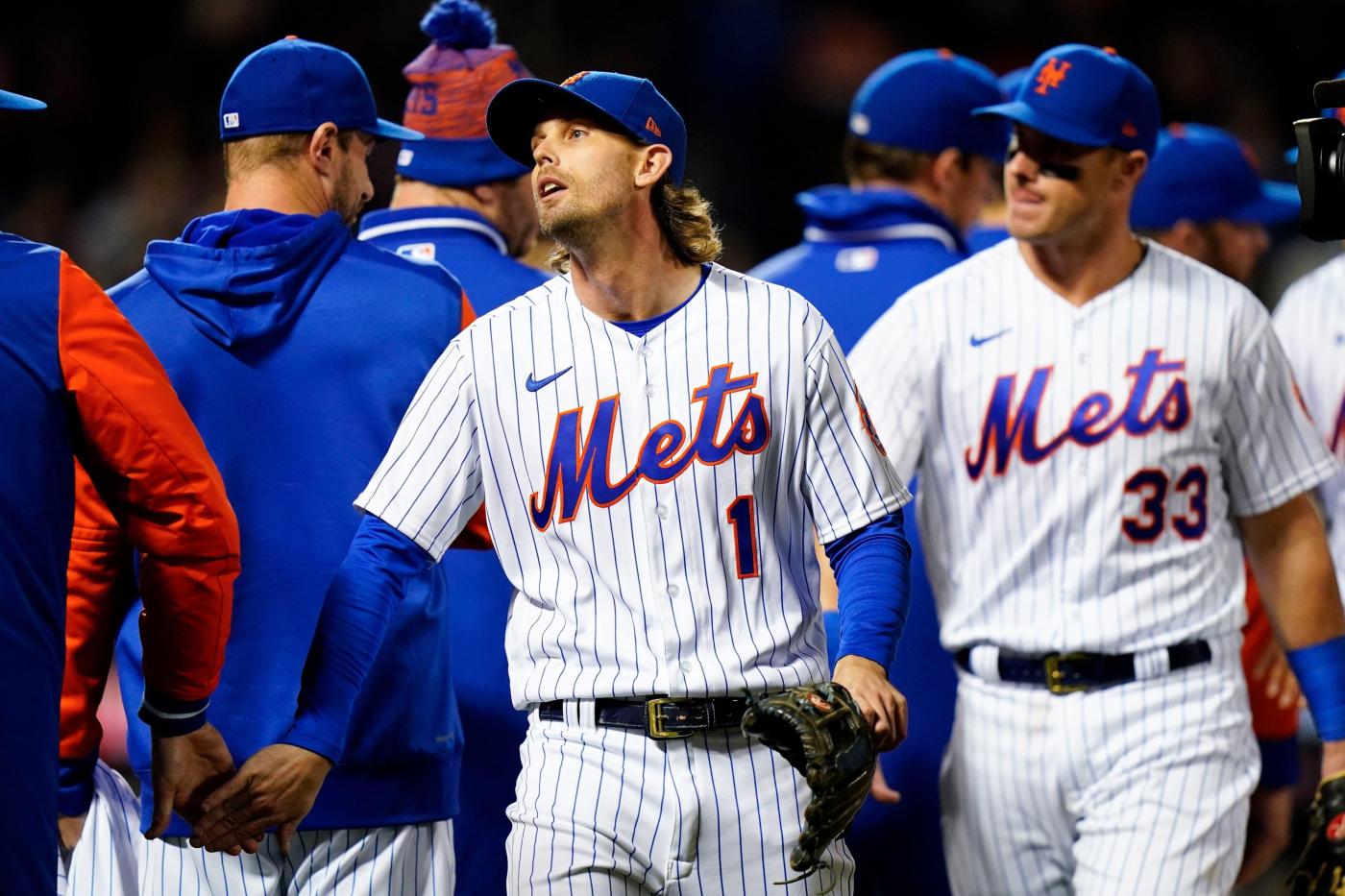 The Mets gave their fans plenty to cheer for in the regular season finale at Citi Field on Wednesday night, routing the Washington Nationals 9-2 to complete the sweep and reach 101 wins.

But the most important player of the day didn’t even get an at-bat. Jeff McNeil won the National League batting title with a league-leading average of .326. He became the first player from the Mets to lead the majors in batting average and the second to win the batting title. Jose Reyes was the last to win it for the Amazins’ in 2011.

While the Mets and Nats were delayed for rain, Freddie Freeman attempted to surpass McNeil in the Los Angeles Dodgers’ finale against the Colorado Rockies. He nearly did it, going 3-for-4, but that one out he made was just enough to fall short and finish the season hitting .325.

“I saw Freddie’s first at-bat – lined a single to the middle – but I didn’t watch the second at-bat,” McNeil said. “And it’s a homer. At that time, you start to get a little nervous. It’s Freddie Freeman and he’s swinging the bat well, four hits is normal for him.”

Freeman’s long fly fell for an out into the glove of Garrett Hampson, another former Long Beach State Dirtbag.

“His third at-bat right before the game, a good number of us were sitting in the locker room here watching it,” McNeil said. “He put a good swing on it and we’re lucky that stayed in the park.”

Francisco Lindor has to pay up on the promise he made to buy McNeil a car if he won the batting title. Lindor made the promise to McNeil to pull him out of a rare funk early in the season. Although he always knew it was a possibility, he hadn’t much thought into it until he was reminded of the bet recently.

McNeil hit .378 from July 30 on to surpass Freeman and Paul Goldschmidt of the St. Louis Cardinals. Goldschmidt led the league at the time with a .334 average, Freeman was .319 and McNeil was hitting only .287.

A finger injury in the summer led to a split-grip on his that knobless bat that has become his signature. The grip worked for a while and McNeil considered sticking with it, but as the finger healed he decided to return to his normal grip with his hands closer together. He credits that with his second-half swoon.

But McNeil was also extra motivated this season after one that wasn’t up to his standards last year. He hit just .251 in 2021 and wanted to use 2022 to prove to himself that he was still among baseball’s best hitters.

“I expect to be a .300 hitter every year,” McNeil said. “This is where I want to be, this is the player I want to be for the rest of my career. I expect this out of myself and hopefully we continue it going forward.”

His .326 average is sixth on the Mets’ single-season list all-time and it’s the highest season-ending average since Jose Reyes ended it with an NL-best .337 in 2011.

McNeil was extremely influential in helping the Mets secure the top NL Wild Card spot. Outside of a few high-scoring games, the team struggled offensively in August and September, but the left-handed hitting McNeil produced no matter where he was in the lineup, adding some stability during a tough stretch.

“That’s a heck of an accomplishment,” manager Buck Showalter said. “He earned it all the way, through thick and thin.”

The Mets finished 101-61 on the year to record the second-best regular-season record in franchise history, second only to 1986 when the club won 108 games (108-54). For those of you having trouble remembering what happened 36 years ago, the 1986 team went on to win the World Series.

Right-hander Mychal Givens was activated during the rain delay and opened for Trevor Williams, who took Jacob deGrom’s spot in the rotation. Williams cruised through six innings, limiting the Nationals (55-107) to just two earned runs on six hits, striking out six and walking none in the win (3-5). The appearance likely takes Williams off of a Wild Card roster, but if there was any disappointment, he didn’t show it.

There were a handful of other milestones and big hits as well: Lindor played in game No. 161, rookie catcher Francisco Alvarez got his first game behind the plate, Mark Canha hit a three-run home run and James McCann broke out of his September slump by going 3-for-4 with a three-run home run off of Eric Fedde (6-13).

The Mets will hold a workout at Citi Field on Thursday ahead of this weekend’s Wild Card round against the San Diego Padres.