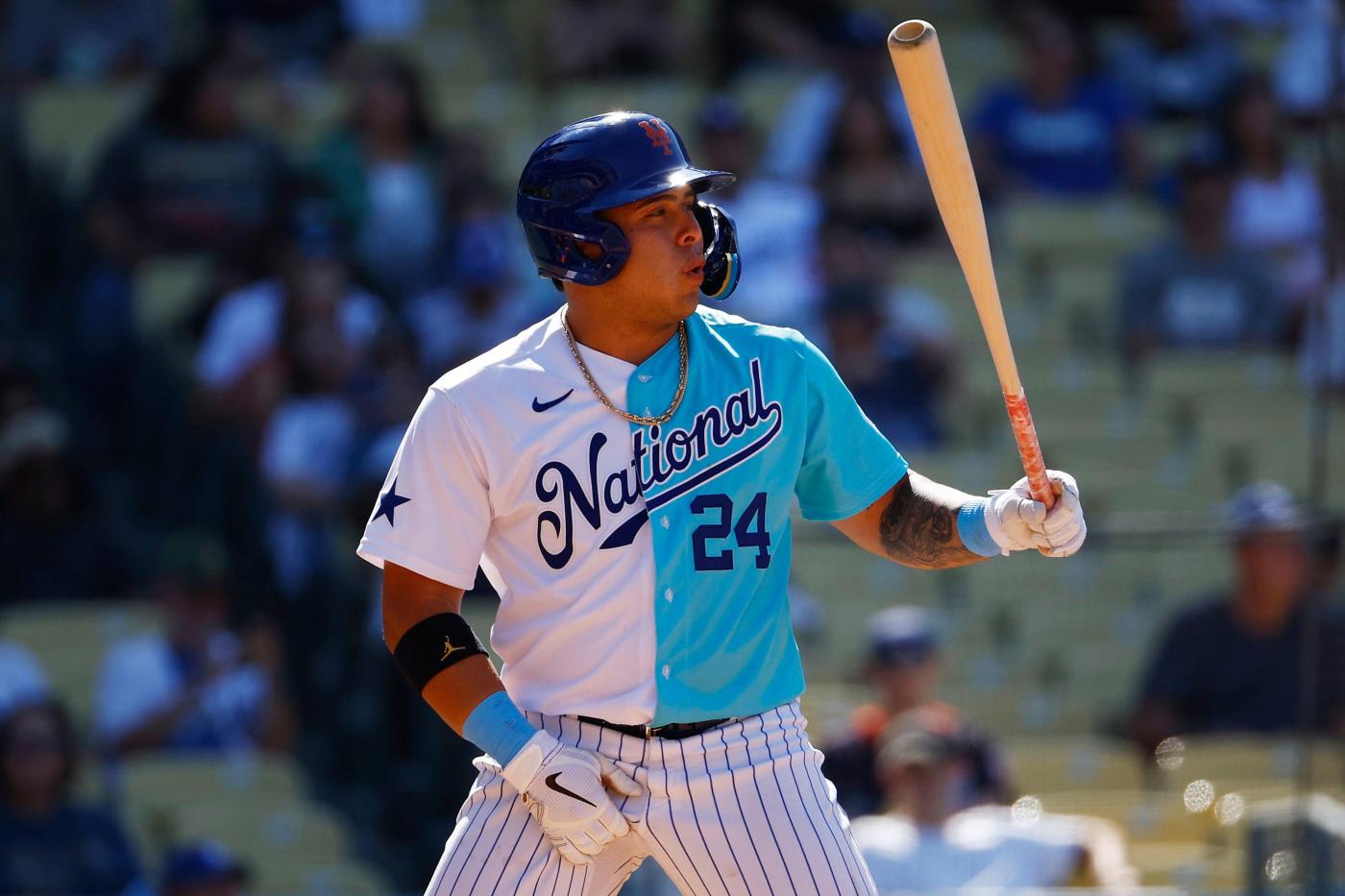 The Mets are getting a boost as they head to Atlanta for the most important series of the year. The club is expected to call up Francisco Alvarez — a 20-year-old catcher and one of the top prospects in baseball — on Friday ahead of the start of a three-game set against the Braves.

Holding only a one-game lead over the Braves in the NL East, the Mets could use an offensive boost after some inconsistent performances at the plate earlier this week against the Miami Marlins. The right-handed hitting Alvarez could compete for at-bats as a DH and potentially compete for a playoff roster spot as well.

The Mets are in dire need of DH production. Darin Ruf, acquired at the trade deadline in exchange for the previous DH, J.D. Davis, has been abysmal since coming to New York from San Francisco, hitting just .152 with a .413 OPS. He was even used solely against left-handed pitching for a stretch and the results weren’t much better. Mark Vientos has been used as DH against lefties as well and has hit .250 with one home run.

Left-hander Max Fried is slated to start Friday and Alvarez has been crushing left-handed pitching this season, slashing .315/.424.595 with a 1.019 OPS in 132 plate appearances between Double-A Binghamton and Triple-A Syracuse.

The Venezuela native who signed with the Mets at age 16 for a franchise record $2.7 million was promoted to Triple-A in July after dominating in Double-A, despite being much younger than most of the competition. He missed time with an ankle injury in August but since he returned to the lineup on Sept. 11 he’s hit .362 with a 1.079 OPS and three home runs.

He has plus-plus power and his 24 total homers in 2021 were second-most among minor league teenagers. Manager Buck Showalter called one of his spring training bombs a “big boy” home run. He balances that out with a strong walk rate. Alvarez has impressive size and strength at only 5-10 and uses it to generate power.

Behind the plate, he has a plus arm but his defensive abilities and framing are still developing, but those aren’t why the Mets are calling him up right now. This is not uncommon for catchers his age.

This could be the first real look at the player billed as the Mets’ best catcher since Mike Piazza. It’s a huge moment for Alvarez and for the organization, especially given the stakes the Mets are playing for in Atlanta, but there is an inherent risk of calling up a 20-year-old. In the past, the Mets have rushed prospects, sometimes out of necessity and sometimes in an attempt to drum up excitement toward the end of a losing season. But if used in the right way, Alvarez the risk is minimized.

Using Alvarez as a DH in specific situations could help him get a feel for big-time big-league situations and atmospheres. The atmosphere in Truist Park this weekend will undoubtedly feel playoff-like, which could help take some of the shock value out of the actual playoffs. His defense and framing won’t be exposed if he’s only being used for his bat for now. And if that bat is as major-league ready as some scouts say it is then the Mets should absolutely get a look at him before the postseason.