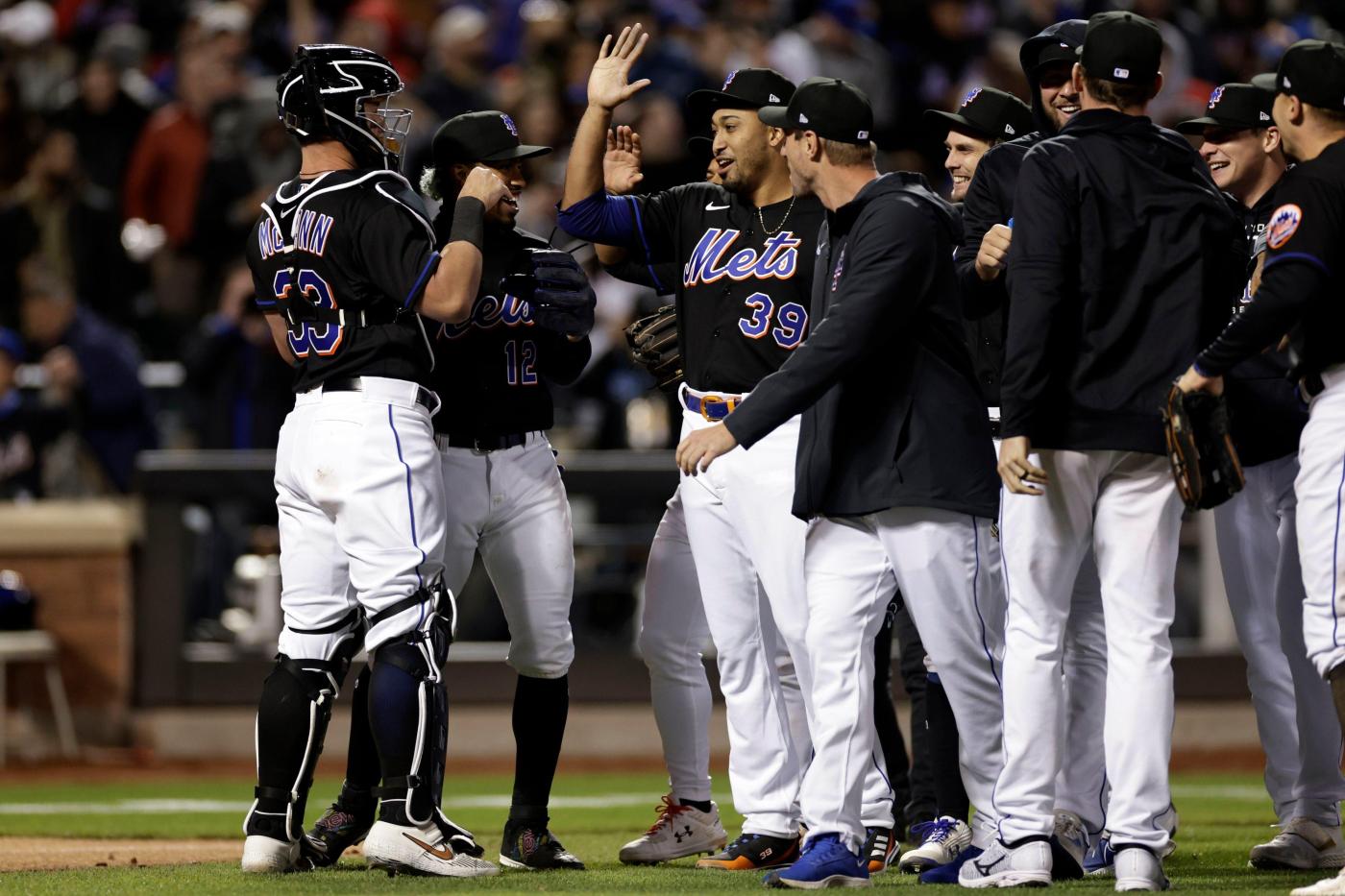 The Mets have two prominent bullpen arms locked down for 2023 and beyond. But after closer Edwin Diaz and setup man Drew Smith, there are a lot of spots up for grabs.

Much has been made about the Mets pitching needs when it comes to the starting rotation but the club will have to add to the relief corps. There are a few homegrown arms that could be ready for bigger roles, but the Mets will likely look to supplement the bullpen through free agency and trades in order to replace a few of the established arms they’re losing.

If the Mets are looking to use an eight-man bullpen then realistically they’re going to need to acquire at minimum three relievers, possibly more. The roles of David Peterson and Tylor Megill are undefined right now and a handful of others who are currently on the 40-man roster could start the season in the minor leagues.

First, let’s start with what the bullpen looks like right now. Trevor Williams, Trevor May, Adam Ottavino, Joely Rodriguez, Tommy Hunter and Mychal Givens are all free agents. Diaz and Smith are the only established relievers left, but the Mets will also return Peterson, Megill and Stephen Nogosek. Bryce Montes de Oca, Yoan Lopez, John Curtiss and Tayler Saucedo are on the 40-man roster.

Curtiss, a right-hander, missed the 2022 season while recovering from Tommy John surgery but the Mets are hoping he returns to his pre-surgery form. In 2020 he went 3-0 with a 1.80 ERA for the Tampa Bay Rays and the following season he went 3-1 with a 3.45 ERA over 44 1/3 innings for the Miami Marlins and the Milwaukee Brewers. But there is a small sample size to work with since Curtiss has thrown less than 100 major league innings. He has option an option year left but he’ll be 30 next season so this is his window to show that he can be a trusted big-league reliever.

It’s also unclear what the Mets can get out of Montes de Oca and Saucedo, a left-hander who was claimed off waivers from the Toronto Blue Jays last week. Lopez is a non-tender candidate.

So where does that leave the bullpen and who else should they target? Peterson and Megill could be rotation options next season but manager Buck Showalter and general manager Billy Eppler don’t seem ready to commit to using them as starters at the moment. They’ve both been developed as starters and Megill didn’t inspire a ton of confidence in high-leverage situations last season. However, Peterson is the only left-hander penciled in right now.

But a left-hander isn’t necessarily needed. Even before the league instituted the three-batter minimum rule, situational left-handers were going by the wayside because many right-handers are just as effective, if not more effective, against left-handed hitters.

David Robertson might be 37 but he still fits this bill. The former Yankee has held left-handers to a .187 average throughout his career and he has shown no signs of slowing down, going 4-3 with a 2.40 ERA and a 3.58 FIP last season with the Chicago Cubs and the Philadelphia Phillies.

Two other free agents who fit this bill are Trevor Rosenthal and Taylor Rogers, though these two are somewhat risky. Rosenthal has held lefties to a .207 average throughout his career but he missed the last two seasons with thoracic outlet syndrome. Rogers struggled last season, especially after being traded to the Milwaukee Brewers, but he did hold lefties to a .167 average and a .511 OPS. He’s also only 31 and the Mets have expressed a desire to get younger.

But if the Mets do want a left-hander then there are a few of those on the market they could also add. Will Smith revived his season with the Astros and he could take those lessons learned and apply them going forward. Matt Strahm stayed healthy and had a solid season with the Boston Red Sox.

Ryan Yarbrough might be a trade target as the Mets have been talking to Tampa Bay about pitching help. Tyler Glasnow might be the big arm fans are hoping for, but Yarbrough could be an option for the spot-starter/long-reliever role vacated by Williams with the Rays facing a potential roster crunch. Tuesday is the deadline to protect players ahead of the Rule 5 draft and the Rays have several highly-ranked prospects they will look to keep by placing them on the 40-man roster.

The good news is the Mets are building out their pitching development program and they have the resources to be able to makeover their bullpen this winter. Past regimes might have gone the conservative route in order to wait for prospects like Jose Butto to develop, but those days are over. Expect a few big moves to upgrade the relief pitching this winter.