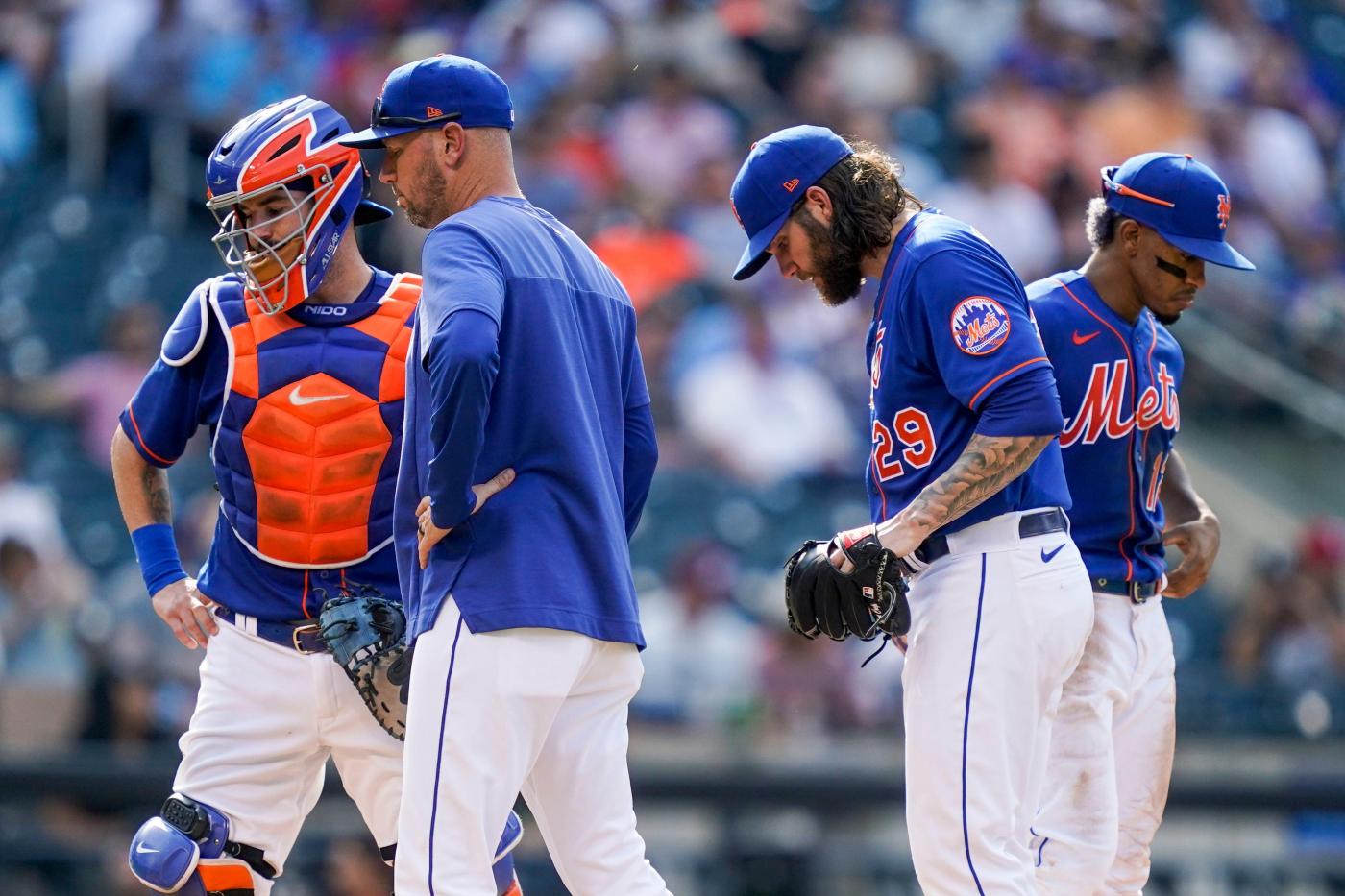 The Mets had their chances to bury the Rangers, but the offense never clicked in a sleepy 7-3 loss at Citi Field.

Mets hitters went 0-for-7 with runners in scoring position and left six men on base, leading to the team’s sixth loss in its last nine games. Despite Eduardo Escobar homering for the second time in as many days and Starling Marte going 2-for-4 with a two-run dinger of his own, the game was over before the Mets lineup could string a rally together or find any consistency.

“That’s going to happen when Atlanta doesn’t lose, ever,” said Mark Canha, who went 0-for-4 on Saturday. “If you want to be in first place you have to play good baseball. We’re a little hit-and-miss right now. We have to pick this thing up.”

Trevor Williams was not as sharp against the Rangers as he has been of late for the Mets. One day after Max Scherzer credited Williams as being one of the pitchers who stepped up in his absence, Williams threw batting practice to the bottom half of the Texas lineup.

“I put the team in a bad spot and it’s hard to come back from that,” Williams said.

Right fielder Kole Calhoun took Williams deep twice, and catcher Jonah Heim tacked on a solo shot to join the home run party. The Mets’ early lead, thanks to Marte’s first-inning two-run homer, was quickly erased and the Rangers kept their lead from the second inning.

Williams pitched on three days’ rest Saturday. His last outing was in relief, and it was solid. He’d held the Astros to 2.1 scoreless innings from the ‘pen.

“Overall, a few misexecuted pitches that ended up hurting in the end,” Williams said. “It’s the solo homers that you can kind of pitch around and deal with, but the three-run homer was the dagger. It’s a misexecuted pitch that he put a good swing on. You just turn the page and keep attacking.”

Williams entered Saturday having given up six home runs in 42 innings this season, but he’s coughed up five home runs in his last two starts. Williams was forced to slide back into the rotation on Saturday after Chris Bassitt went on the COVID IL. David Peterson, Saturday’s original starter, was moved up to Friday, leaving the weekend slot open for Williams.

The Mets will hope to win the rubber match on Sunday behind Carlos Carrasco, who has struggled lately amid lower back pain and disappointing results. Carrasco has permitted 19 earned runs in his last 17.2 innings pitched. He will look to bounce back in the series finale against a Rangers offense that has a .690 OPS, 22nd in MLB, this year.

“What we were doing in the beginning of the year led to a lot of success,” said Canha, recalling the team’s epic comebacks and the offense’s hot start. “I think we were playing out of our minds, offensively scoring a lot of runs and doing a lot of things well. It’s kind of flipped a little bit and we’re having trouble knocking those runs in lately.

“We’ve yet to even play our best baseball of the year. We just gotta get out of this little funk on the offensive side.”