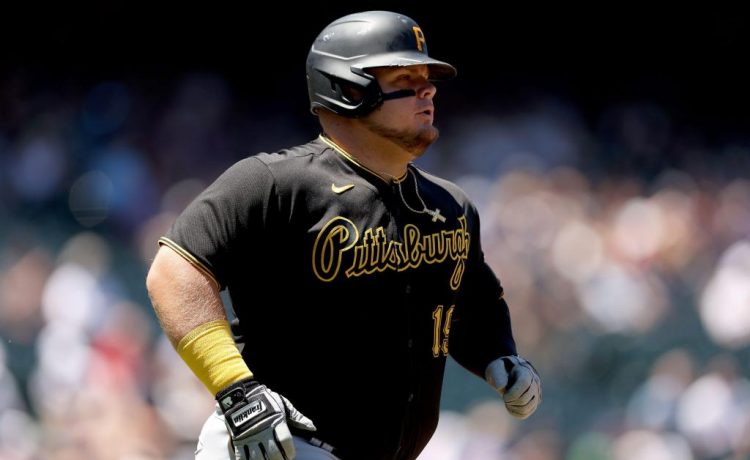 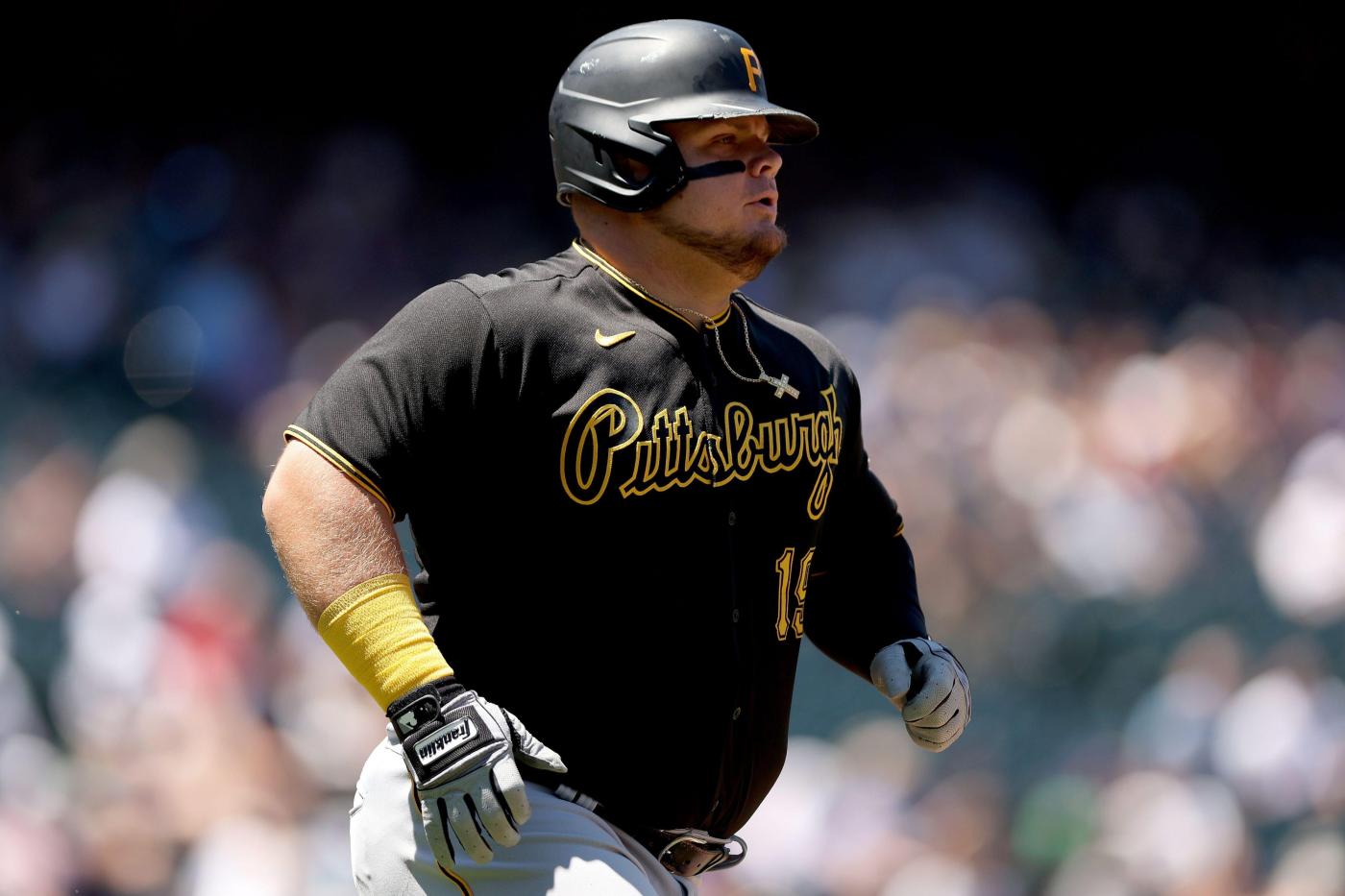 The Mets wasted no time in their search for a designated hitter.

Before even beginning their first game after the All-Star break, the club announced that it acquired first baseman/designated hitter Daniel Vogelbach from the Pittsburgh Pirates. In exchange, the Mets sent reliever Colin Holderman to the Pirates.

“We wanted to get an offensive player in here,” general manager Billy Eppler said. “We think we did that in landing Vogey, someone who’s really excelled against right-handed pitching. Two thirds of the pitchers we face are right-handed, so he’ll be a presence in the order.”

“Everybody speaks highly of him,” Buck Showalter espoused after the Mets’ loss on Friday night. “We look forward to getting him in here. He’s excited. It was tough talking to Colin, he’s been through a lot, but you have to give up quality to get quality.”

A left-handed hitter, Vogelbach is slashing .260/.365/.532 against right-handed pitching this season. His .141/.267/.165 slash line against lefties means he will likely be chained to the bench when a southpaw is starting.

Vogelbach, 29 years old and listed at 6′0″ and 270 pounds, hit .228 for the Pirates this year with 12 home runs in 75 games. Known for an elite batting eye and enormous power, his on-base (.338) and slugging percentages (.430) look a lot better than his batting average. Vogelbach has taken a walk in 14.4% of his plate appearances in 2022, the ninth-highest rate of any MLB hitter (minimum 250 plate appearances.) When Vogelbach joins the Mets, which Eppler expects to be on Saturday, he will have the highest walk rate of anyone on the team.

Showalter spoke about what he thinks Vogelbach can bring to his lineup.

“He’s been a really good, solid left-handed hitter against right-handed pitching. He’s a very selective hitter when you look at his knowledge of the strike zone. That’s something that every team is in need of.”

The Cubs drafted Vogelbach in the second round of the 2011 draft before trading him to Seattle in 2016, before he ever played in the majors. Though he served as the Mariners’ lone All-Star during their rebuilding season in 2019, Vogelbach never quite panned out, eventually moving to the Blue Jays and Brewers before signing with Pittsburgh as a free agent in March. In that 2019 season, he cracked 30 home runs while hitting .208. But thanks to 92 walks, which was the fifth-most in the American League, he finished his career year with a .341 on-base percentage.

Vogelbach, who has not started a single game at first base for the Pirates this year, is about as DH as DH’s come. The universal DH has been a godsend for him and will likely extend his career for several years. Last season, he started a career-high 52 games at first base for the Brewers, who were unable to use him as a DH. Eppler said it’s to be determined whether he’ll play any first base, and infield coach Joey Cora will have some time to mold him.

Currently playing in his seventh big-league season, Vogelbach also has a teensy tiny bit of postseason experience. He went 1-for-6 with a walk in his appearances for the Brewers during the 2020 and 2021 playoffs.

Holderman, meanwhile, was extremely serviceable for the Mets in his limited innings. Back and forth between Triple-A and the Mets several times, the 26-year-old reliever posted a 2.04 ERA in 17.2 innings. He held hitters to a .183 average while not allowing a single home run. The Mets took Holderman in the ninth round of the 2016 draft. As recently as 2019, he was working as a starter in their minor league system.

“It was really difficult,” Eppler said of dealing Holderman, who caused the Pirates to “dig their heels in” and make it clear he was someone they wanted. “I gave him the news. In a way we’re having to rob Peter to pay Paul. Some of the conversations I had with other clubs has given me the feeling that there might be a little bit more robust relief market than the bats.”

With Dom Smith heading to the IL with an ankle injury, Vogelbach serves as the obvious replacement. The Mets started Travis Blankenhorn at DH on Friday, who is a career minor leaguer. While Vogelbach is a clear upgrade at that department, his colander defense and allergy to left-handed pitching makes him very one dimensional.

When asked if this deal signals that they’ll keep improving the offense, Eppler said that the team is open-minded to anything. But they’ve kicked off their deadline with someone Eppler said he remembers scouting in high school, a guy with the type of profile to immediately become a Mets’ cult hero.

“In grabbing Daniel, we were able to get a power bat in here with plate discipline. He really fits our offensive philosophy. He makes good decisions in the batter’s box, swinging at strikes and not swinging at balls, great on-base percentage and great power. I’ve already talked to him on the phone and he said he’s ready to go.”