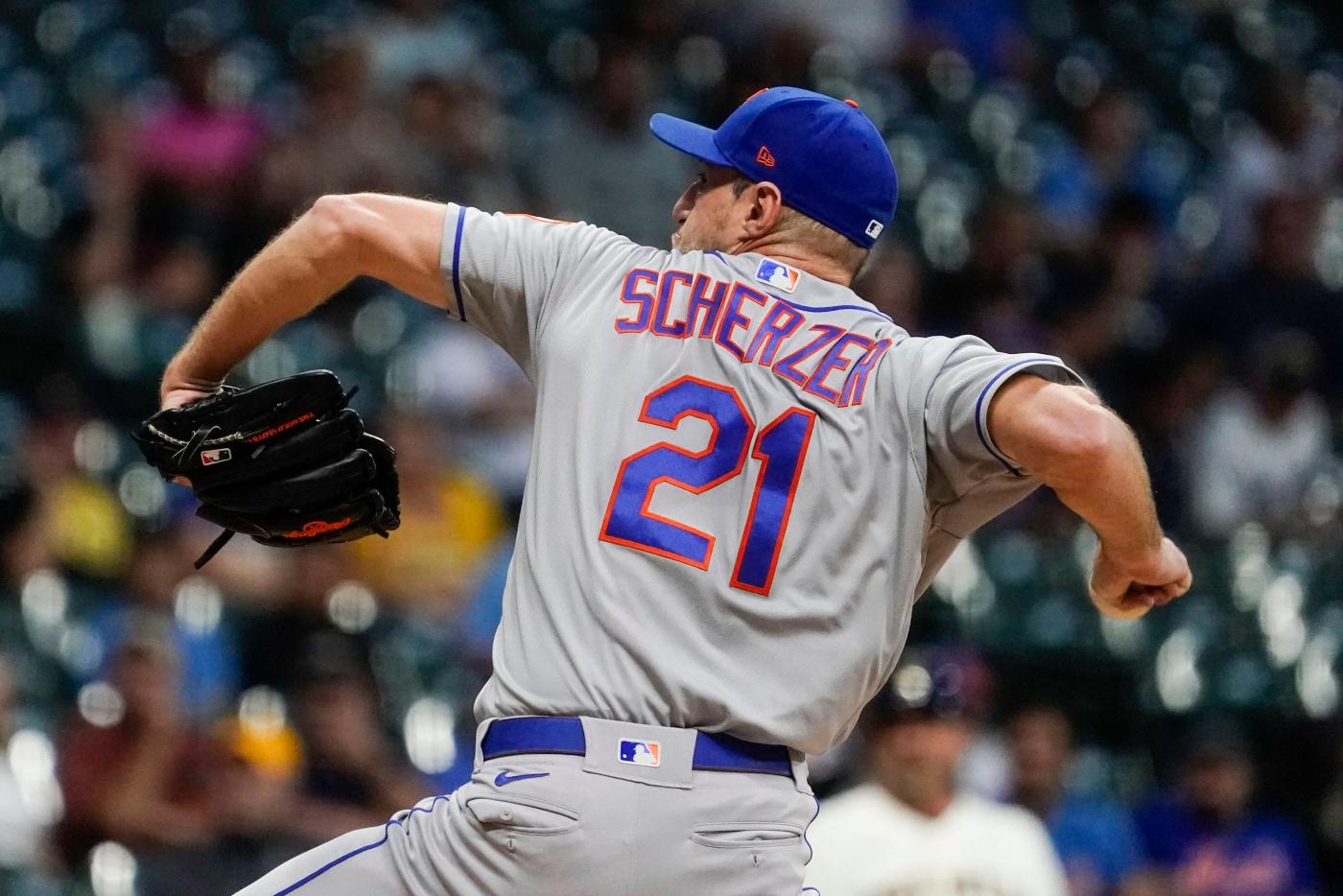 Lots of things had to come together harmoniously for the Mets to clinch their first playoff berth in six years.

Steve and Alex Cohen buying the team was the first real domino, as their unfathomable wealth opened the door for aggressive spending and the comfort of knowing the Wilpon family was gone.

But even after the Mets were purchased by baseball’s richest owners, there was still a team to put together. Plenty of examples around professional sports have shown that the highest payroll does not automatically equal the highest win total.

General manager Billy Eppler — another huge step in the Mets’ staircase toward respectability — had plenty of work to do over the offseason. Now, with 94 wins and a playoff spot secured, there’s time for some reflective appreciation about the 2022 Mets and the collection of moves Eppler made to deliver on his promise of “kicking things into high gear.”

It has to start with Max Scherzer, and not just because his six perfect innings on Monday put the Mets back in the postseason tournament. Scherzer’s acquisition was the most transformative of the Mets’ offseason, taking the franchise from hopeful contender to bonafide problem.

When healthy, Scherzer is still one of the safest bets in the league, and on top of that, his presence in the clubhouse brought an air of confidence that the club desperately needed. Eppler identified that a player like Scherzer was needed, both on and off the field, and wasted no time pouncing on him.

“He was a major part of it,” Eppler said during Monday night’s clubhouse celebration in Milwaukee. “Within two hours of getting the job, I was on the phone with [Scherzer’s agent] Scott [Boras]. We talked about a number of his guys, but he knew who I was calling about.

It was a full-court press. I’m glad we could get him here.”

“He’s very important,” Buck Showalter said of Scherzer. “Max — and the other guys that the front office brought in, and the people that were here — have all meshed together.”

Those other guys have been just as, if not more important, than their Hall of Fame teammate. Scherzer officially became a Met on Dec. 1, the same day as Eduardo Escobar and one day after Starling Marte and Mark Canha signed with the team.

While Escobar had a wretched first half of the season, a trip to the injured list in mid-August appears to have saved him. Through it all, the veteran infielder remained relentlessly positive, endearing himself to his teammates even as he briefly lost playing time to Luis Guillorme.

The Escobar renaissance also overlapped with Marte’s incredibly unlucky injury. Marte fractured his right middle finger on Sept. 6 and hasn’t played since, but his contributions during the first five months of the season were as big as his hulking biceps. His .468 slugging percentage still ranks second of any Met, behind only Pete Alonso, while his 18 stolen bases are the most on the team and second in the entire NL East.

As the oldest position player added during the offseason, Marte injected another boost of veteran leadership as well, and after he hopefully makes his triumphant return during the playoffs, the Mets will still have him under contract for three more years after that.

Marte’s teammate in Oakland last season rounds out the class of 2021 position player signings. Mark Canha is much more than a gregarious fan favorite, he’s the owner of the fifth-highest on-base percentage of any qualified NL hitter. Perhaps the most under-the-radar pickup — Canha had never made an All-Star team or played in the National League like Marte and Escobar, making him a bit of a mystery in Mets land — he has essentially matched Francisco Lindor and Brandon Nimmo’s value at the plate.

Lindor and Canha woke up on Tuesday with a matching 127 wRC+, while Nimmo is just ahead at 128. Despite puzzlingly being platooned for a good chunk of the season, Canha has been just as impactful as the guys who play every single day.

The final two new faces — not counting the trade deadline crew, who have not had nearly the same effect — had to wait until after the lockout to arrive in Flushing. Chris Bassitt and Adam Ottavino showed up on March 12 and 14, respectively. Bassitt came over in a trade for two pitchers you’ve never heard of, while Ottavino cost just four million dollars from the Cohen free agency vault.

You could argue that both have been the rocks of their position groups: Bassitt leading the rotation in innings, Ottavino one out behind Seth Lugo among pitchers who have exclusively been used as relievers.

The duo hasn’t just been eating empty innings either, they’ve been stellar. Bassitt is one of the best pitchers in the world at limiting hard contact, and Ottavino is one of just eight qualified NL relievers with an ERA under 2.00. One of the other people with that distinction shares a bullpen with him.

“We got a really good group,” said Edwin Diaz on Monday, also sharing that he could see it from the team’s very first spring training meeting. “We gotta keep playing really good baseball to see if we can win the division.”

Should they accomplish that goal, Eppler’s winter harvest deserves a big blue ribbon.