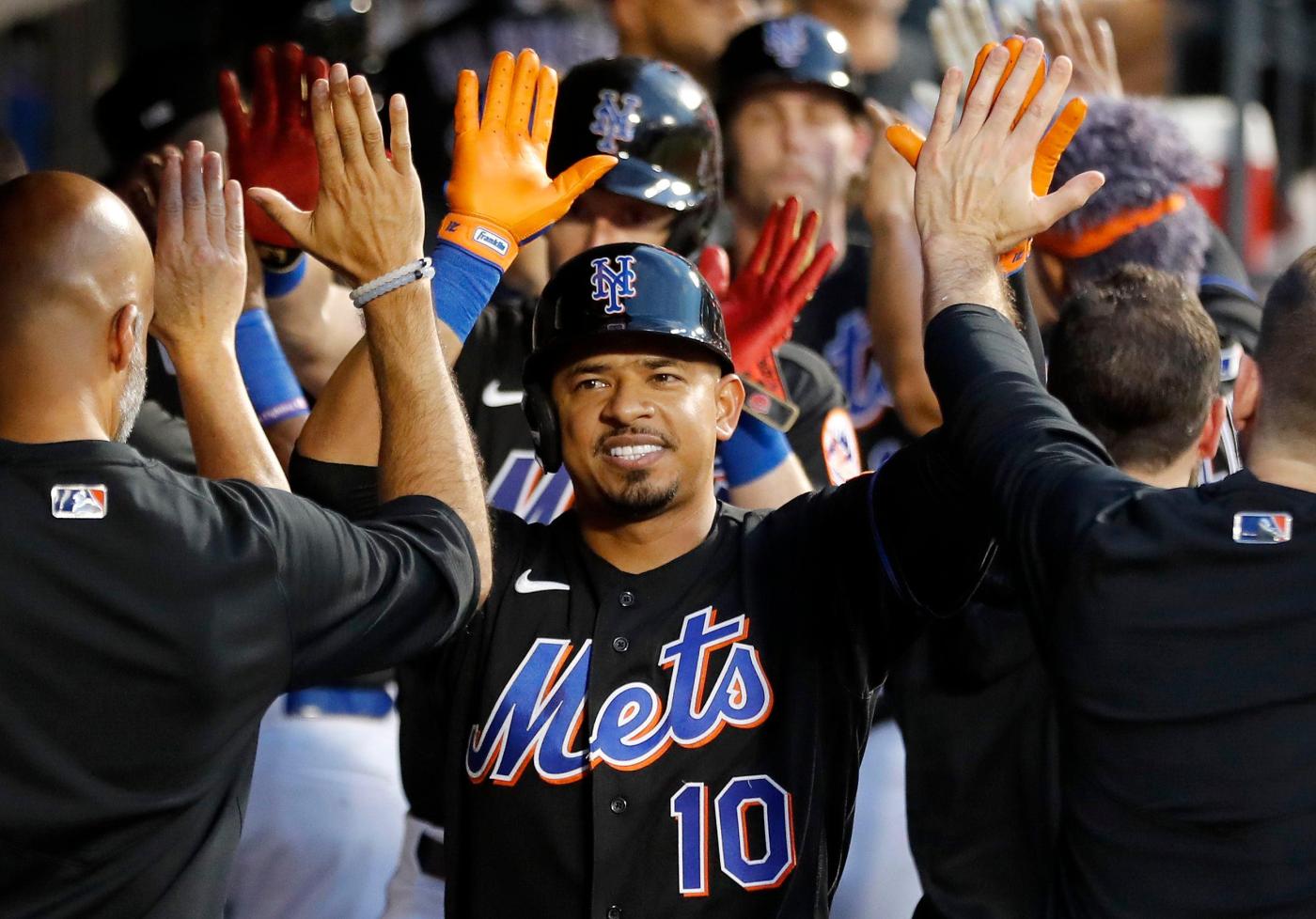 The Mets’ elixir for slumps is, apparently, playing the Texas Rangers.

Eduardo Escobar (0-for-9), Mark Canha (0-for-14), and Francisco Lindor (0-for-11) all broke out of their offensive slides in the Mets’ 4-3 win over the Rangers on Friday night at Citi Field.

Lindor led off the fourth with a single to right field off Texas starter Glenn Otto. Then Canha drove Lindor in with an RBI single to left. Finally, Escobar crushed a three-run home run in the fourth, his seventh of the year, and brought 35,639 fans to their feet at Citi Field.

Of that trio, no one needed to break out of his skid more than Escobar. Buck Showalter gave the slumping third baseman two consecutive days off in an attempt, that perhaps worked, to turn his offensive blues around. Escobar entered Friday hitting .199 against right-handers and .178 with runners in scoring position.

David Peterson learned at the last minute that he would be starting on Friday, but the late notice didn’t seem to impact his performance. Chris Bassitt, Friday’s scheduled starter, went on the COVID IL. Peterson was the obvious replacement because he last pitched five days ago in Miami and also because, well, he’s been excellent in an otherwise inconsistent starting rotation.

The left-hander picked up where he left off, recording at least eight strikeouts in consecutive starts for the first time in his career. Peterson added another high-water mark before his night was over; he matched a career-high 10 strikeouts against the Rangers in his 10th start (11th outing) of the season. His only real blemishes came on home-run balls to Marcus Semien and Nathan Lowe in the third and fifth inning, respectively. Otherwise, he was sharp across his 90-pitch, six-inning outing.

Peterson has recorded 18 strikeouts and permitted no walks over his last two starts (13 innings). All the while, the southpaw has been awaiting the arrival of his first born child. Before the game, Showalter said it was likely that Peterson would go on paternity leave the moment his outing was over.