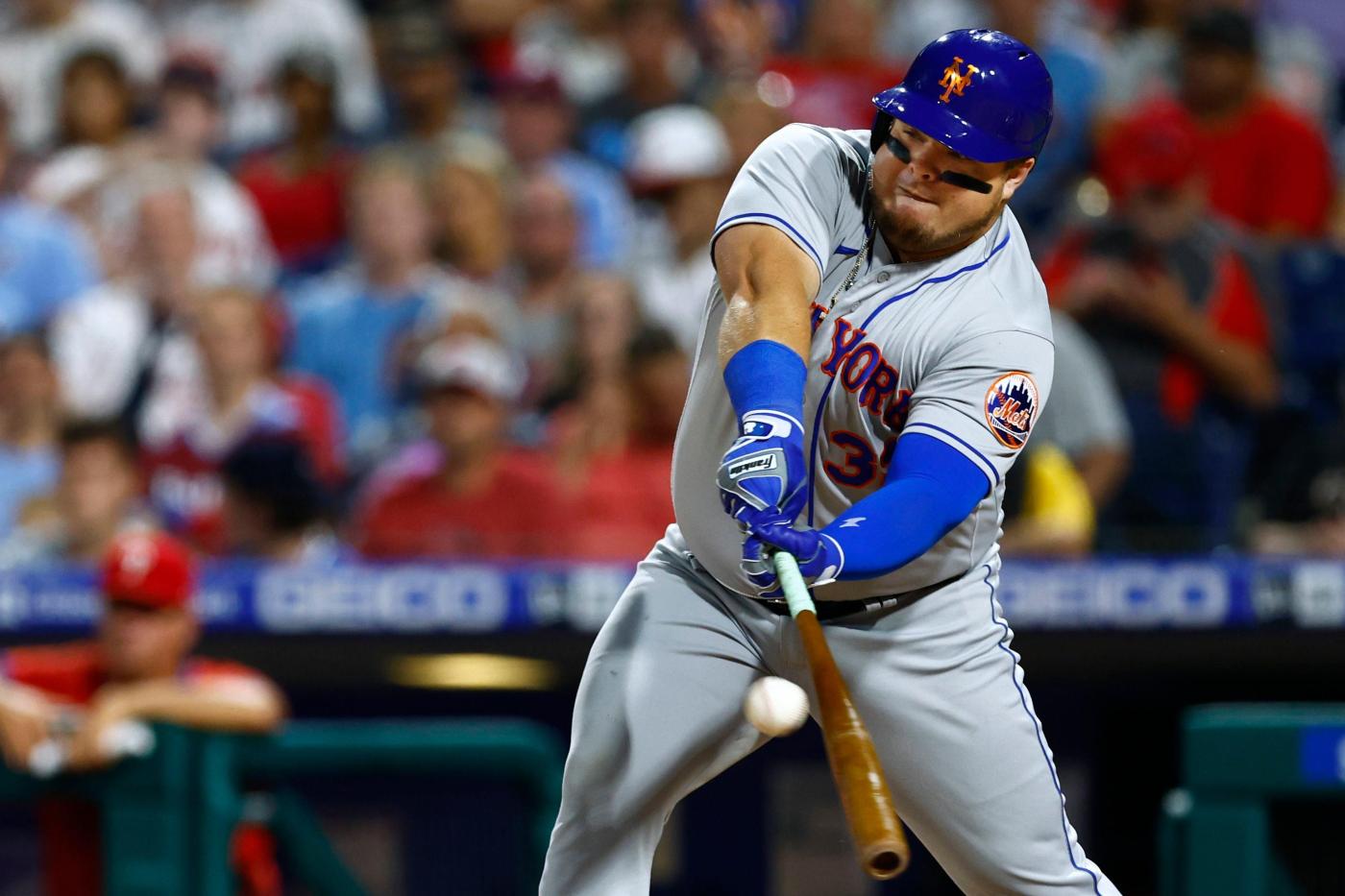 PHILADELPHIA — Oh, there they are.

There are the Philadelphia Phillies from earlier this year, the ones whose sloppy defense, uninspiring relief pitching and below-average offense led to their manager getting fired in early June.

All three of those things conspired together to sink the Phillies on Friday, as the Mets took the opening game of the teams’ four-game series by a score of 7-2. Philadelphia has played very well since Joe Girardi was canned and Rob Thomson replaced him. They started the season 22-29 under Girardi and were 43-23 under Thomson heading into this series. But these are still (mostly) the same players, wearing the same red pinstripe uniform, and the Mets treated them like they have all year.

After this resounding win, the Mets are 12-4 against Philadelphia. They have also now won each of Chris Bassitt’s three starts against the team. On Friday, the Mets’ quirky right-hander kept the Phillies guessing all night, locating all six of his pitches to both sides of the plate. Bassitt’s six strong frames included seven hits and some piercingly loud contact from the Phils, but only two runs.

“I know I have a lot of pitches,” Bassitt said. “Whatever I think they’re looking for, do the opposite.”

The Mets do some of their best work in the first inning. Coming into the game, their 131 hits in the first were their most in any inning. Two more on Friday helped give Bassitt a lead before he came anywhere near a rosin bag, with the first hit of the game foreshadowing the type of night it would be.

Brandon Nimmo’s leadoff single whistled off his bat at 104.4 miles per hour, the hardest hit ball the Mets would have all night. Perhaps storing up some frustration from his 0-for-4 night with three strikeouts to close out the Atlanta series, Nimmo’s handiwork led to the first run when Pete Alonso knocked him in on a fielder’s choice, capped off with a Phillies’ error that also made it clear they haven’t completely shed their old habits.

Alonso went even bigger in his second at-bat. The two-time Home Run Derby champ hadn’t lost one since Aug. 4, and the streak was at 60 plate appearances when he came up in the third inning. Alonso is known for his USDA-grade beef, which allows him to hit home runs on pitches he doesn’t even square up properly. But the fourth-year first baseman has also become a much better all-around hitter. In this third inning showdown with Aaron Nola, Alonso fell into a 1-2 hole, two outs already on the board. He fought off Nola’s next pitch, a perfectly executed, up and away fastball on the corner. Then, after watching a curveball for ball two, he got another heater.

One swing of his patient bat sent the ball zooming into the left field seats, busting his home run slump, putting him at 30 for the season, and giving the Mets an early 3-0 lead.

“It’s great,” Alonso said of his milestone. “My job is to, obviously, produce offensively, play first base to the best of my abilities, run the bases, and don’t give away free outs. I’m really happy and satisfied with my consistency so far this year. I just want to keep being the best version of myself so I can help this team win.”

“Pete and Francisco [Lindor] are an honor to watch play every day,” Buck Showalter effused.

The Mets got their other four runs in a bunch of fun ways, each one infuriating Phillies’ fans even more. There was a double steal in which Francisco Lindor took second and Starling Marte bolted for home, resulting in both runners being safe and many pointing out that such a play is  much more common 180 miles northeast in Williamsport than it is at an MLB game.

There was Jeff McNeil looping a two-out single in the ninth pitch of his at-bat to drive in Daniel Vogelbach. There was also Brett Baty, the rookie getting his first experience in a Mets-Phillies powder keg, adding some insurance runs with a two-out single of his own.

“He’s a true pro,” Alonso said of the babyfaced Baty. “I’m really happy with how he’s handled himself. He fits like a glove in the clubhouse. He seems like a great guy. He’s been doing a hell of a job.”

Citizens Bank Park filled with boos on multiple occasions. In front of a sold out stadium, the Phillies laid an egg. The Mets can sleep well knowing that they already caused a large portion of the weekend crowd — a not unimportant factor in a series of this magnitude — to resign themselves to defeat very early.

As “Let’s Go Mets” rang out from the stands, the visiting team in Philadelphia got their swagger back (ignore Tyler Naquin going 0-for-5 with five strikeouts). They can thank Bassitt, a well-rounded offensive approach, and an infectious recurrence of the April and May Phillies in the other dugout.