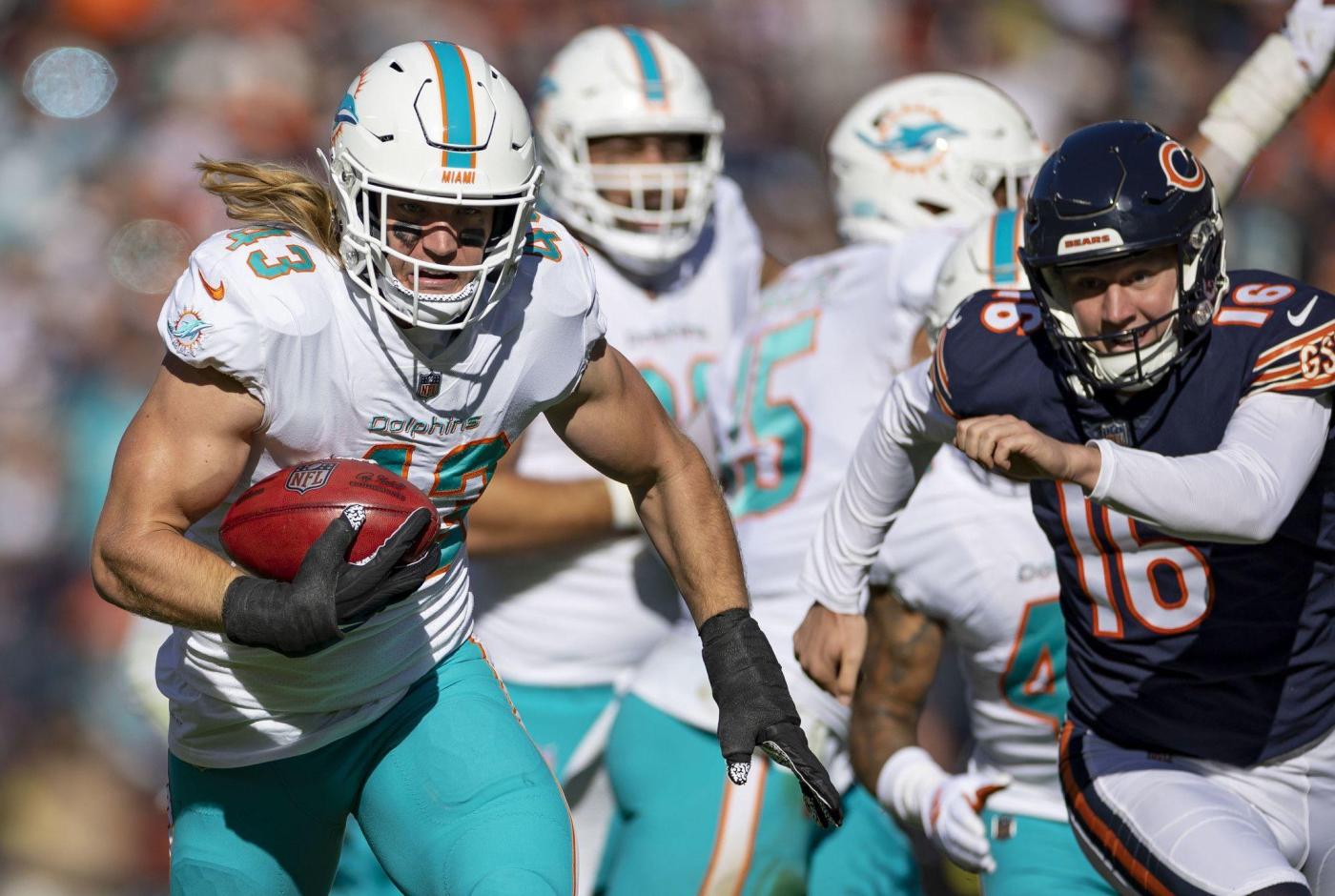 Quick thoughts from South Florida Sun Sentinel staffers on the Miami Dolphins’ win over the Bears in Chicago:

They did it again. The Dolphins are mastering the art of winning close games, especially on the road where they’ve defeated Baltimore (42-38) and Detroit (31-27) by four points apiece. Tua Tagovailoa was outstanding and the blocked punt was clutch. The defense did its thing at the end for a fairly complete victory.

After many of their early victories through the Sunday night one over the Pittsburgh Steelers on Oct. 23 were spearheaded by the defense, the Dolphins are now consistently showing they can win the shootouts. They’ve done it back-to-back weeks with Tua Tagovailoa’s duel with Justin Fields following last week’s 31-27 win in Detroit. Even then, it came down to two late stops for the Miami defense as Tagovailoa missed a couple of targets on key passes that could’ve put the Bears away.

The Dolphins are 6-3, but with a defense that has allowed at least 27 points a game in every road contest this season. A couple home games against losing teams should set up the playoffs as a near-certainty, but the defense is concerning.

Tua Tagovailoa with arguably the best game of his career. Hit the wide-open guys. Used the mobility he has well to escape or to open sightlines. Threw the ball away instead of into the hands of defenders. Got a couple deep pass interferences. So good. Dolphins did what they had to against the Lions and Bears, penciled in as wins all year long. Dolphins got a gift non-pass interference call to make the offense’s stagnancy at the end a footnote.