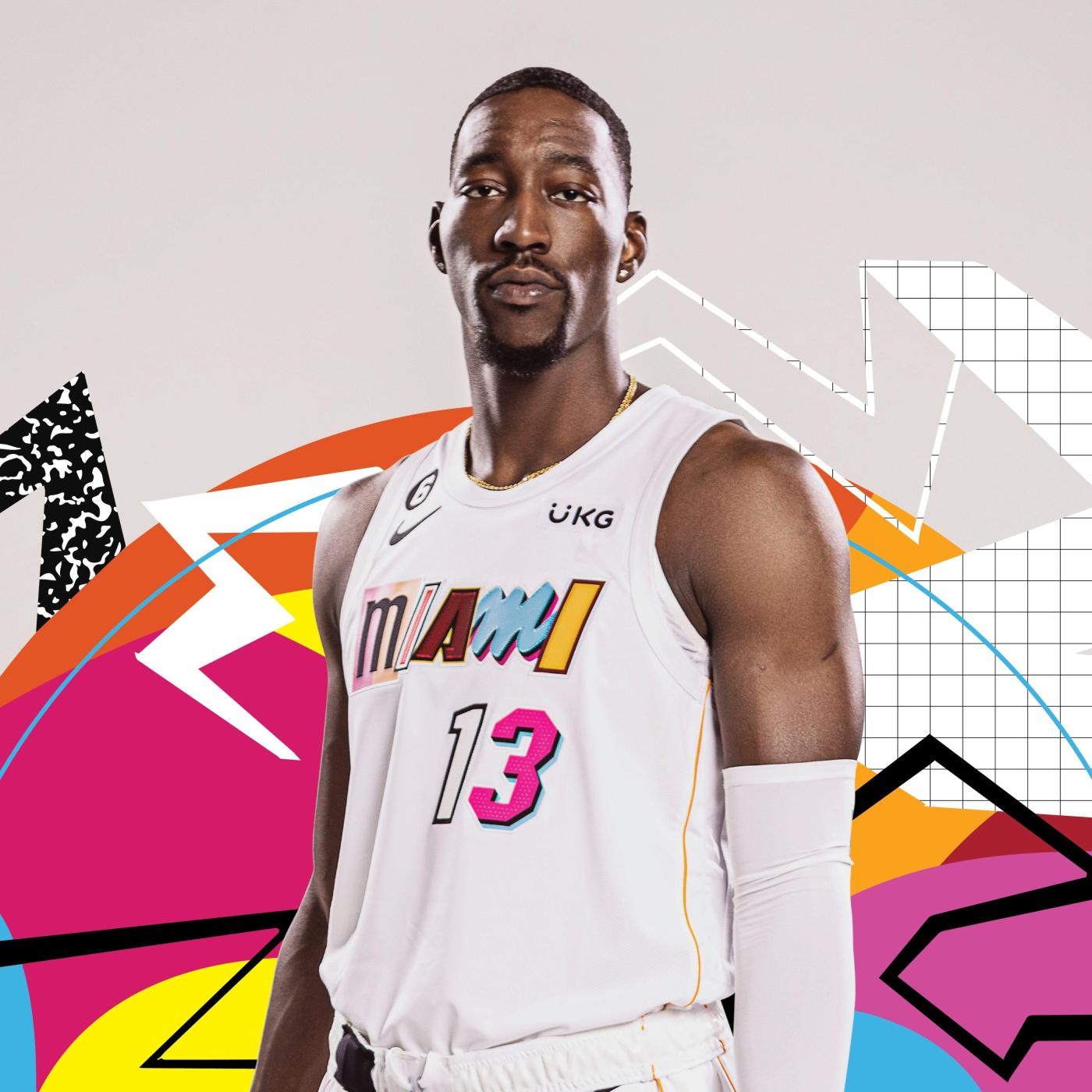 When it comes to the Miami Heat’s uniform evolution, simplicity has never been the intent.

To that end, Thursday’s release of the Miami Mashup Vol. 2 uniforms takes the team’s wardrobe approach to an exponentially higher level.

As with last season’s original Mashup release, built off black uniforms, Mashup Vol. 2, built off white uniforms, allows the wearer to select a one- or two number jersey combination with each numeral built off a style of the previous uniforms over the franchise’s 35 season.

Last season, the Heat offered eight numeral styles to choose from, creating 5,256 potential number/style combinations, from 00 to 99, plus single digits.

This season, the palette of styles has been raised to 12 – now including numerals styles from ViceVersa, Floridians Home, Association and White Hot. That means there are now 12,656 number/style combinations.

“And what’s so incredible about that,” sand Jennifer Alvarez, the Heat’s Senior Vice President of Brand and Chief Creative Officer, “is you imagine that 12,000 people at FTX Arena attending a Heat game all came in and bought a Miami Mashup uniform, you can have 12,000 people in the building and have no two uniforms be the same.”

As with last season’s initial Mashup release, Heat players were allowed to choose the style of their uniform numbers, afforded the additional options now available.

All number-style selections available for purchase as “Player’s Choice” jerseys are different from last season’s combination selected by the players.

The also is a return of last season’s Mashup court, with the added touch along the midcourt sideline of “Est. 1988,” to commemorate the franchise’s inception as part of the team’s 35th-anniversary celebration.

“We were ready for Mashup to be a success. We were in a position to capitalize,” Alvarez said of the team upping their order for last season’s style. “As much as people loved Vice, they were really excited for what the next new thing was going to be.”

In addition to the team’s outlets, Mashup jerseys will be available at the Heat Jersey Lab outside Section 112 of FTX Arena, where the team again will offer fans numeral customization.

“This,” Alvarez said, “is the perfect grand finale.”