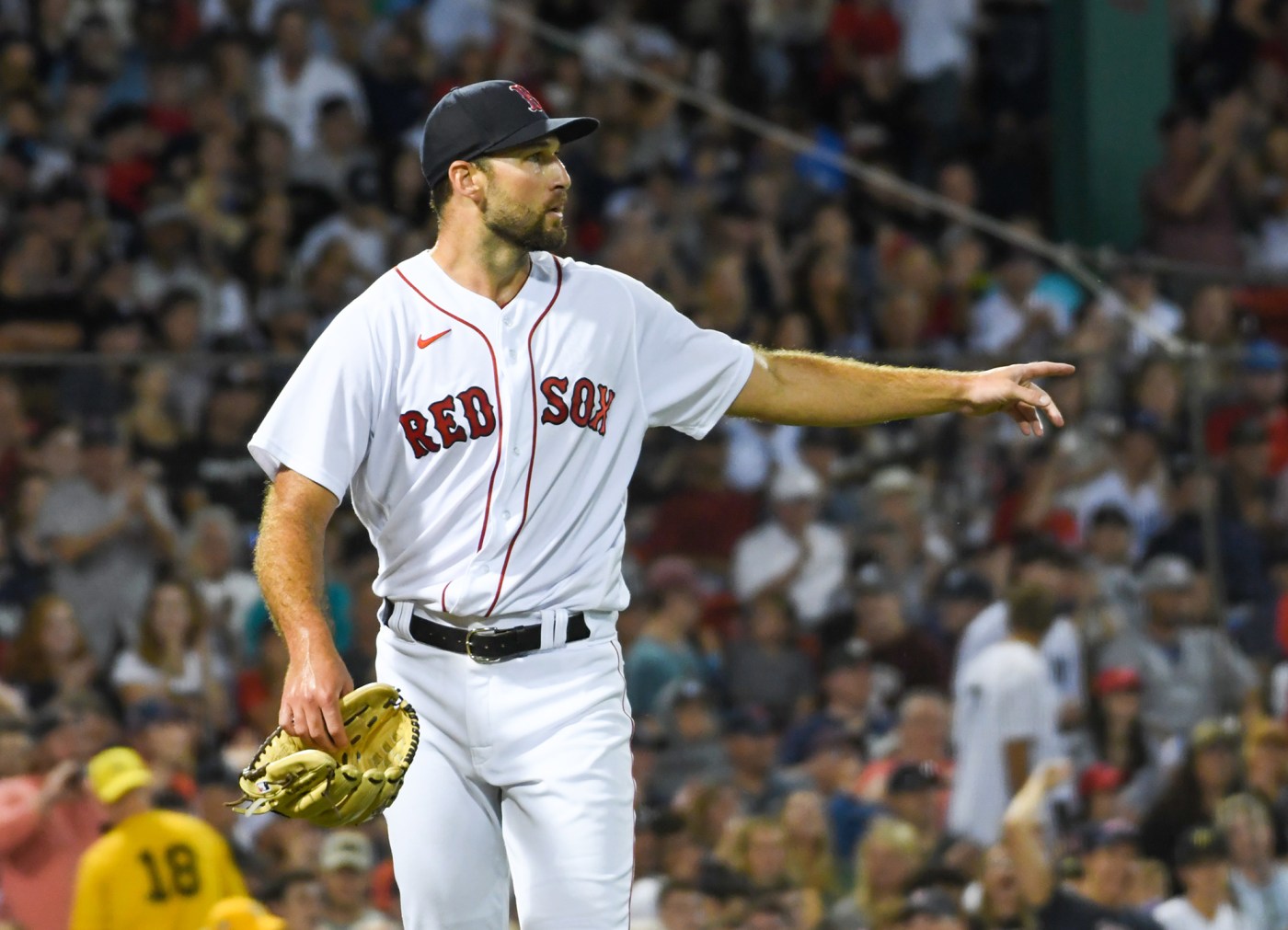 The Red Sox have finally done it.

After an entire season spent chasing their counterparts in the American League East without winning a multi-game series, the Sox put it all together for their best weekend of the year.

Michael Wacha returned from the injured list and held the league’s best offense scoreless through seven innings on Sunday night and the Red Sox rode is performance to a convincing 3-0 win over the powerhouse Yankees.

It capped off a huge series win at Fenway Park this weekend, when the Sox took two of three and held the Yankees to just five runs.

All year long, the Sox have argued that their feeble performances against divisional competition didn’t matter. But it’s precisely why they’re at the bottom of the standings right now; they entered the series 0-11-1 in multi-game series against AL East foes.

Two wins over the Yankees this weekend won’t save their season, but this series could’ve just as easily went the other way.

Had the Sox gotten beat up by their big brothers in the division, it would’ve been easy to wave goodbye to the 2022 season.

But finally, this team put together a full series of quality pitching performances up and down the roster.

Pitching with nothing on his fastball on Friday night, Nathan Eovaldi held the Yankees to just two runs in a 3-2 win. Kutter Crawford kept the momentum going into Saturday with six innings of two-run ball. And while John Schreiber allowed a run on a bunt single to lose Saturday’s game 3-2, the bullpen allowed just one run over eight innings of work this weekend.

Wacha’s performance stood out above the rest.

Before shoulder inflammation sent him to the injured list for the entire month of July and first two weeks of August, Wacha had quietly been the ace of the staff.

After six weeks of rest and rehab, Wacha returned to the team just in time for a game on ESPN’s Sunday Night Baseball and a chance to gain some momentum ahead of Monday’s off-day.

With a mid-90s fastball and a changeup that’s looking like one of the best pitches in baseball this year, Wacha was just as effective Sunday as he was before the injury.

It wasn’t until there were two outs in the fifth inning that Miguel Andujar singled to give the Yankees their first baserunner of the night.

Andrew Benintendi added a one-out single in the sixth, then Wacha struck out Aaron Judge and Josh Donaldson on a pair of 95-mph heaters.

After a scoreless seventh, Wacha walked off the mound to a standing ovation and quickly received hugs in the dugout, where manager Alex Cora told him his night was finished.

It was everything the Red Sox needed, as Wacha finished seven scoreless innings allowing just a pair of singles and one walk, striking out nine.

It was the most strikeouts by a Sox pitcher since June 19, when Nick Pivetta was in a groove and struck out 10 against the Cardinals.

Other than an 11-start stretch by Pivetta in which he went 8-1 with a 1.95 ERA over a stretch from May 7 through June 29, Wacha has offered the only glimpse of ace-like behavior.

Eovaldi has been consistent for most of the season until he returned from the injured list with 3 mph off his fastball. Pivetta has since come back to earth. Chris Sale is out for the season. And while Crawford has looked good over the last month, there’s been a clear lack of presence at the top of this rotation.

Wacha could change that.

He had the Yankees guessing as he threw a heavy dose of fastballs and changeups, throwing just eight breaking balls on the night.

Why bother? His fastball only averaged 94 mph but he was sinking it down and cutting it away, then confusing hitters with a wipeout changeup that nobody’s been able to touch this year.

A former first-round draft pick by the Cardinals who was a highly-touted prospect more than a decade ago, Wacha is now 31 years old and pitching on a one-year, $7-million contract that is looking like a bargain for Chaim Bloom’s Red Sox.

Entering Sunday night, Wacha had thrown 347 changeups this year and allowed just one home run while batters are hitting .157 off the pitch.

All he needed was an RBI groundout by Xander Bogaerts in the first inning. Rafael Devers added a two-run homer in the sixth. Tommy Pham was 3-for-4.

They’re not back in the playoff race just yet, but with an ace at the top of the rotation, they at least have a chance.