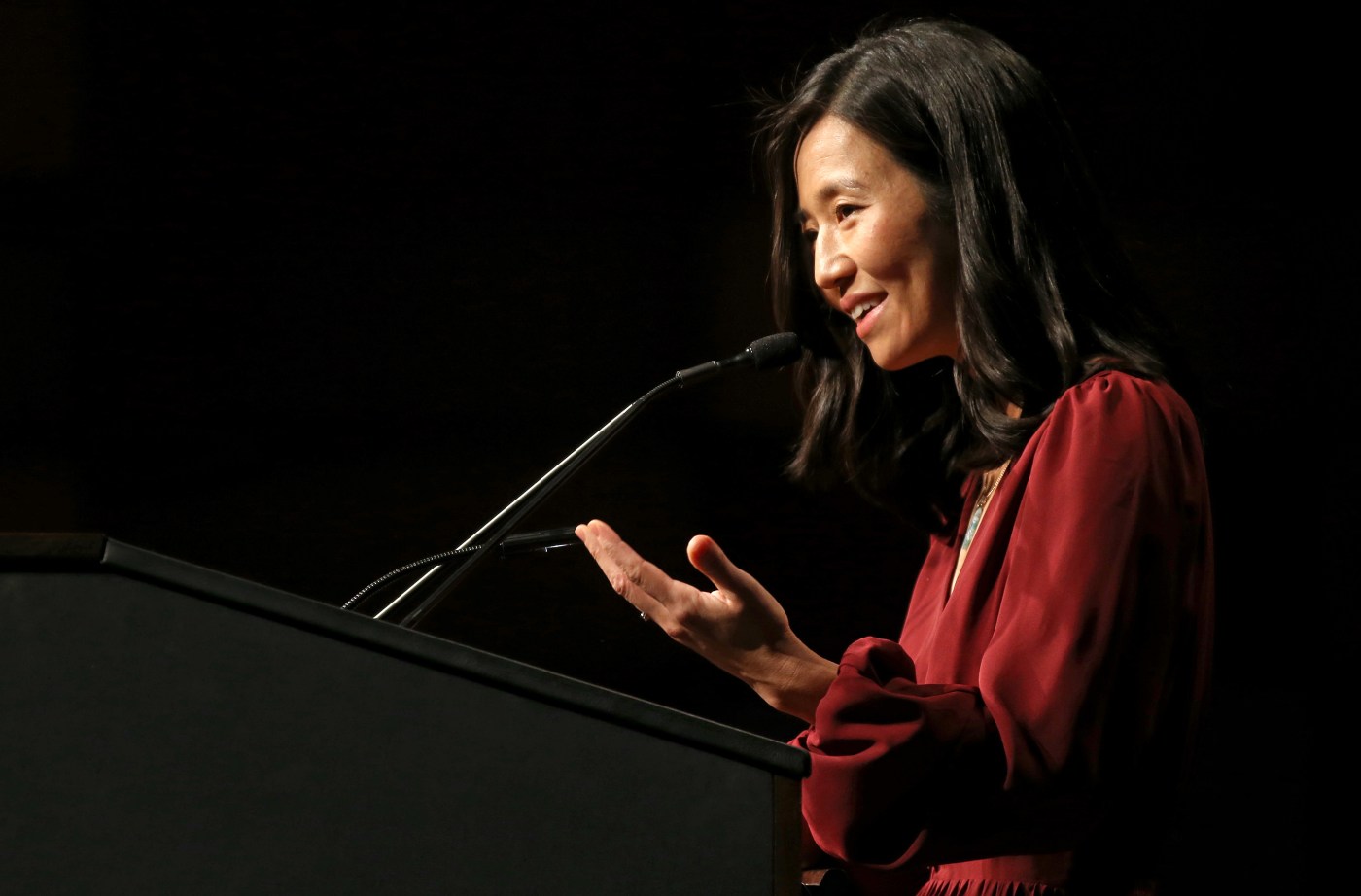 Mayor Michelle Wu has made up her wish list for Beacon Hill, a set of legislative priorities including rent control and a Boston-specific seat on the MBTA’s board.

This is standard practice for the start of the two-year legislative term; the city’s delegation files several bills on behalf of whoever’s Boston’s mayor is during this magical — if narrow — time of the year when bills are supposed to be filed.

The deadline was the end of this week as session gets going, though other matters inevitably will be introduced at various points.

Several of the items are retreads of issues that Boston officials have long sought but never quite got over the hill on the hill, such as a Boston-specific seat on the MBTA board, legislation to allow the city to impose and a transfer fee of 2% on real-estate sales over $2 million and “fare equity” changes for the T’s Commuter Rail, which essentially means making it so rides from some of the farther-flung-yet-still-in-Boston stops don’t cost more, like they do now.

Wu’s list also includes legislation that would ban the door-to-door “predatory competitive electric supply companies” and another bill that make it easier for people to continue to receive childcare vouchers if they become homeless.

Two pieces that aren’t yet filed are Wu’s impending rent-control bill that will come as a home-rule petition from her and to the council. That type of bill then would head up to Beacon Hill, requiring approval by the Legislature and the governor’s signature. Pieces of the mayor’s vision began to leak out this week, and she’s expected to file something in the near future on a topic she ran heavily on in her mayoral campaign.

And the final item, which the release left vague, is that “the Wu administration will seek to amend the decades-old state law that governs Urban Renewal in Boston to remove and modernize antiquated structures which would allow Boston to better meet the needs of current and future Boston residents.” It’s not quite clear what those changes are, but “urban renewal” is something of a four-letter word in some quarters of Boston, as these are the laws under which the old Boston Redevelopment Authority bulldozed neighborhoods of the city.

Speaking of which, Wu’s long vowed to abolish the BRA — these days doing business as the BPDA — and though that would almost certainly require state approval, it did not make this list directly, though the urban-renewal talk would have something to do with the agency’s operations.

Beacon Hill is famously a graveyard of myriad municipal wishlists, is the Legislature is loathe to pass too many home-rule petitions, particularly if they’re ambitious.

Yet Wu does boast good relationships with some movers and shakers up the hill from City Hall, including political allies House Ways & Means Chair Aaron Michlewitz of the North End, House Assistant Majority Leader Michael Moran of Brighton and the visible state Sen. Lydia Edwards of East Boston.

It might appear that legislation from the left side of the political spectrum might encounter a more friendly signature pen in the hand of new Gov. Maura Healey, a Democrat, than it did from former Gov. Charlie Baker, a Republican, but Healey is seen as more centrist than Wu, and it remains to be seen how their nascent relationship shakes out and what territory Healey stakes out politically.