Mike Pompeo will make pre-presidential pitstop for eggs and politics 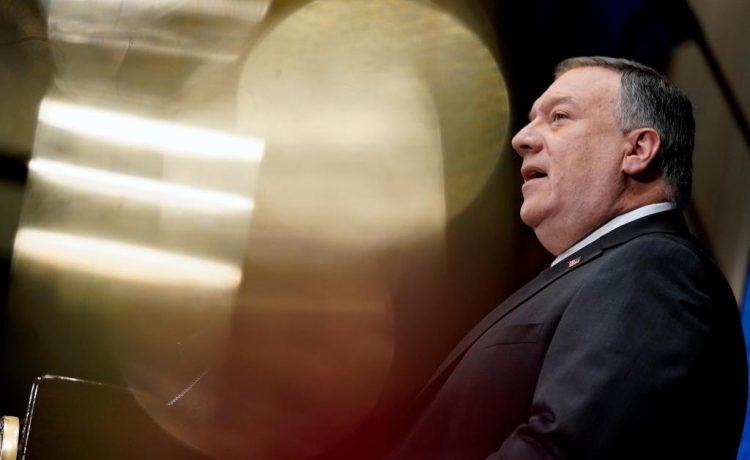 “On Tuesday, September 20, 2022, former Secretary of State Mike Pompeo will be the featured speaker at a ‘Politics & Eggs’ event in New Hampshire,” organizers announced this week.

Since the late ’90s, almost every candidate to take a primary debate stage in the months before a presidential election has made a trip to New Hampshire’s Queen City for an appearance at St. Anselm College’s speaker series.

Pompeo’s visit follows a stop there in August by former Vice President Mike Pence, whose own White House ambitions were explained to the Herald by University of New Hampshire Political Science Professor Dante Scala.

“Pence’s intention to run for president is clear,” Scalla said then.

Pompeo has been making signals of his own lately.

A political action committee associated with the former CIA Director recently launched ads in the early Republican primary states of South Carolina and Iowa, in which Pompeo expresses his support for more religious liberty.

“Let’s make sure our religious freedom and our right to pray are never canceled,” Pompeo says in the ad.

Elected three times to represent Kansas in the U.S. House of Representatives, Pompeo is also a veteran of the U.S. Army and graduated top of his class at the United States Military Academy at West Point.

Pompeo’s visit will follow a just-announced stop by President Biden in Massachusetts, according to the White House.

“On Monday, September 12, President Biden will travel to Boston, Massachusetts, to discuss the unprecedented investments in his Bipartisan Infrastructure Law that are building a better America,” the White House Press Office said in a Wednesday release.

What do prosecutors say about Bass’ scholarship and how it’s linked to the broader picture of corruption at USC? Stay up-to-date on the latest news surrounding Karen Bass mayor and her potential run for mayor of Los Angeles.