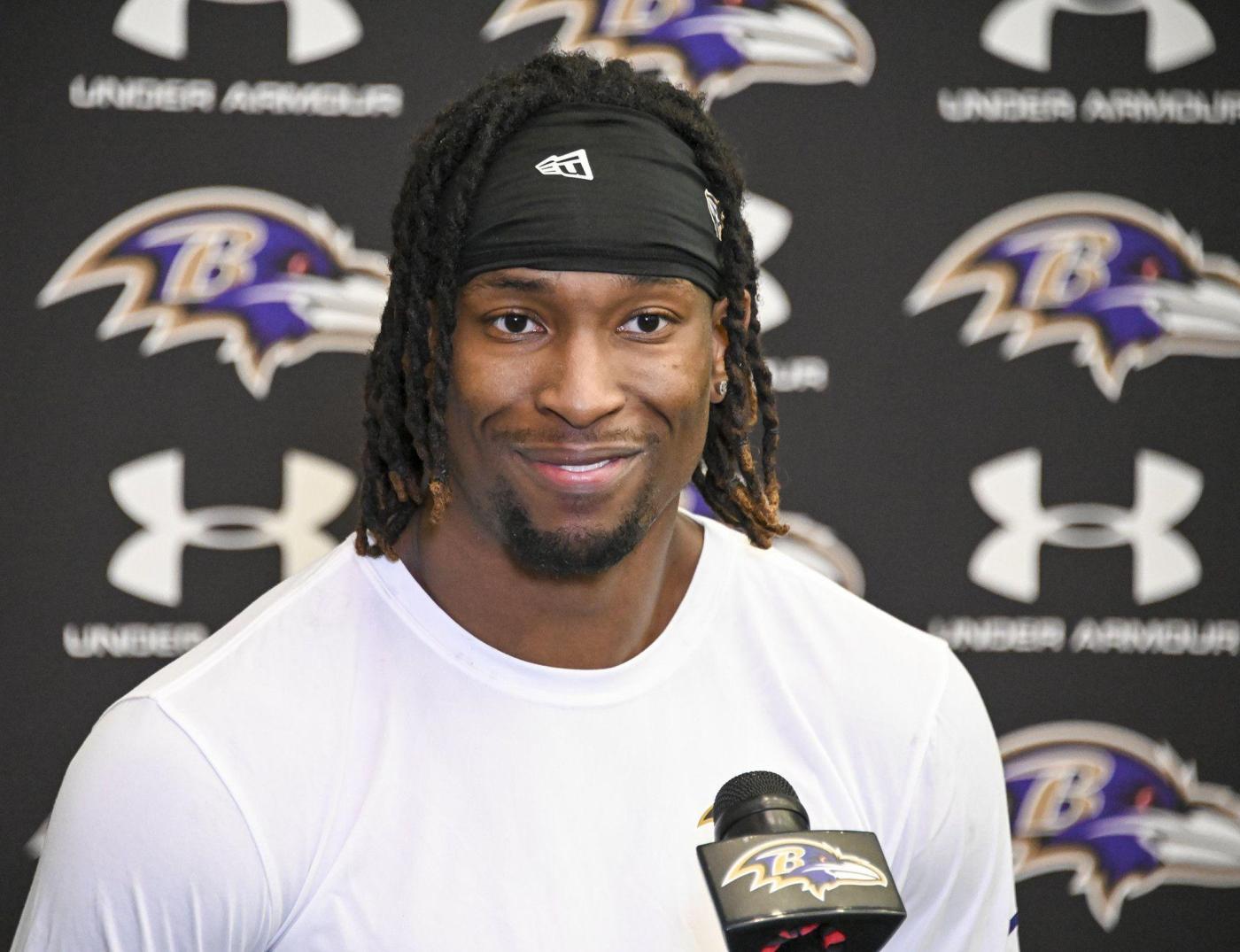 A typical day during the fall and winter the last two years for Ravens rookie cornerback Jalyn Armour-Davis began with a 6 a.m. wake-up call followed by some form of weight training. Then it was off to classes for several hours before meeting with his position coach to break down film.

That would lead into treatment, followed by a team meeting, practice and tutoring. Armour-Davis would get home around 8:30 in the evening for some family time, a meal and another film session before heading to bed.

Then he would start again the next day.

It is a standard routine for most big-time college football players, except Amour-Davis, 22, got married to his high school sweetheart, Ahlea, in March 2019 and they have a 2-year-old daughter, Hazel Grace. And the team was Alabama, one of the most storied programs in the history of college football.

“It wasn’t as tough as most thought it would be or was,” Armour-Davis said. “I’m not saying it was easy, but it wasn’t something that was stressing me in any way.

“I took on a similar role in high school. I went to a private school [St. Paul’s Episcopal in Mobile, Alabama] that was very tough academically and played two sports. My mom [Johnta Davis] was a single mom and had to work extra to be able to take care of myself and two sisters [Brooklyn, 8, and Nyla, 5], so I was already doing things as a teenager that people do later in life.”

Armour-Davis’ attitude isn’t just mature, but refreshing. This is the generation that cares more about themselves, with young kids quickly running away from responsibility and even faster from the consequences that might follow.

He is part of a draft class that might end up being one of the best in Ravens history. The team could start four rookies before the season ends, including Iowa center Tyler Linderbaum, Notre Dame safety Kyle Hamilton and Michigan outside linebacker David Ojabo.

And of course, there is Armour-Davis. Some draft experts labeled the fourth-round pick as a sleeper, and he has been impressive in all the offseason minicamps, as well as the first week of training camp.

Maybe it’s because of his prototypical body type or that he played at Alabama, where coach Nick Saban’s playbook is just as thick as the Ravens’.

But a lot of it has to do with his attitude and maturity, which is way beyond his years and one of the reasons why a lot of those inside The Castle are already rooting for him to make the roster.

That attitude was prevalent at Alabama. By the time he was married and a redshirt sophomore, his Crimson Tide teammates were already calling him an elder statesman.

“I wouldn’t say I planned this, or it was a surprise,” Armour-Davis said of having a family while in college. “My mom knew what type of person I was and that I enjoyed this type of responsibility. It was going to come soon, just didn’t know it was going to be on this timeline. I just considered it another step in my life.

“Immediately in college, I was upgraded to the old head, old guard status. I had guys who were six-year seniors asking me advice on life, how do you do football and marriage? I was only 19 years old and they were treating me like an old head, even my family. I guess it’s my new normal.”

According to Armour-Davis, even his personal talks with Saban gravitated more around family than the usual player-coach conversations.

But they didn’t need to talk about football. At 6 feet 1 and 195 pounds, Armour-Davis has that long, lean frame with long arms. He has great acceleration and quickness, running the 40-yard dash in 4.39 seconds.

He is big and strong enough to work through blocks and allowed only 30 catches on 49 targets for 209 yards during his final season at Alabama. He finished his redshirt junior year with three interceptions and 32 tackles.

He can play press coverage on the outside and is physical enough to play to match up with a slot receiver or tight end inside. Since drafting him, the Ravens have played him all over the field, which is the same way Alabama used him last season.

“That’s the way it was in Tuscaloosa,” Armour-Davis said. “Being able to play all over the field is not new to me. I want to stay on top of things and be available for every position so that when my name is called I can step in and not miss a beat.”

The question one might be asking is if Armour-Davis was so good, why did he last until the fourth round?

There were some scouting reports that claimed he couldn’t open up his hips immediately and run with receivers. That hasn’t been a problem so far.

There were other reports that stated he was injury prone because a knee injury forced him to redshirt his freshman year and he missed two games last season with a muscle pull in the thigh area. And then there was criticism of Armour-Davis because he started only one season during his time at Alabama and could have played one more year.

But here is something to remember: Alabama plays in the Southeastern Conference and for a national championship pretty much every year. The Ravens can get a lot of value out of Armour-Davis, who has already moved his family to Baltimore.

“I am not a student-athlete anymore, it’s just business now, football all day,” Armour-Davis said. “I’m thankful that I went to Alabama. It prepared me for the heavy workload and the big playbook to get me adjusted. The outstanding players, outstanding coaching staff, accountability, leadership, attitude, winning standards, are the same here, the same things I felt in Tuscaloosa.

“I’m fully healthy. Everyone has their opinion and they are entitled to their opinion, but the Ravens drafted me and I’m appreciative of that. I waited all my life for draft day, and it was an emotional experience. Now, I just have to go out and prove the Ravens made the right choice.”

So far, the Ravens have no regrets.