Mike Preston: Ravens’ identity is clear: Run the ball, and run some more 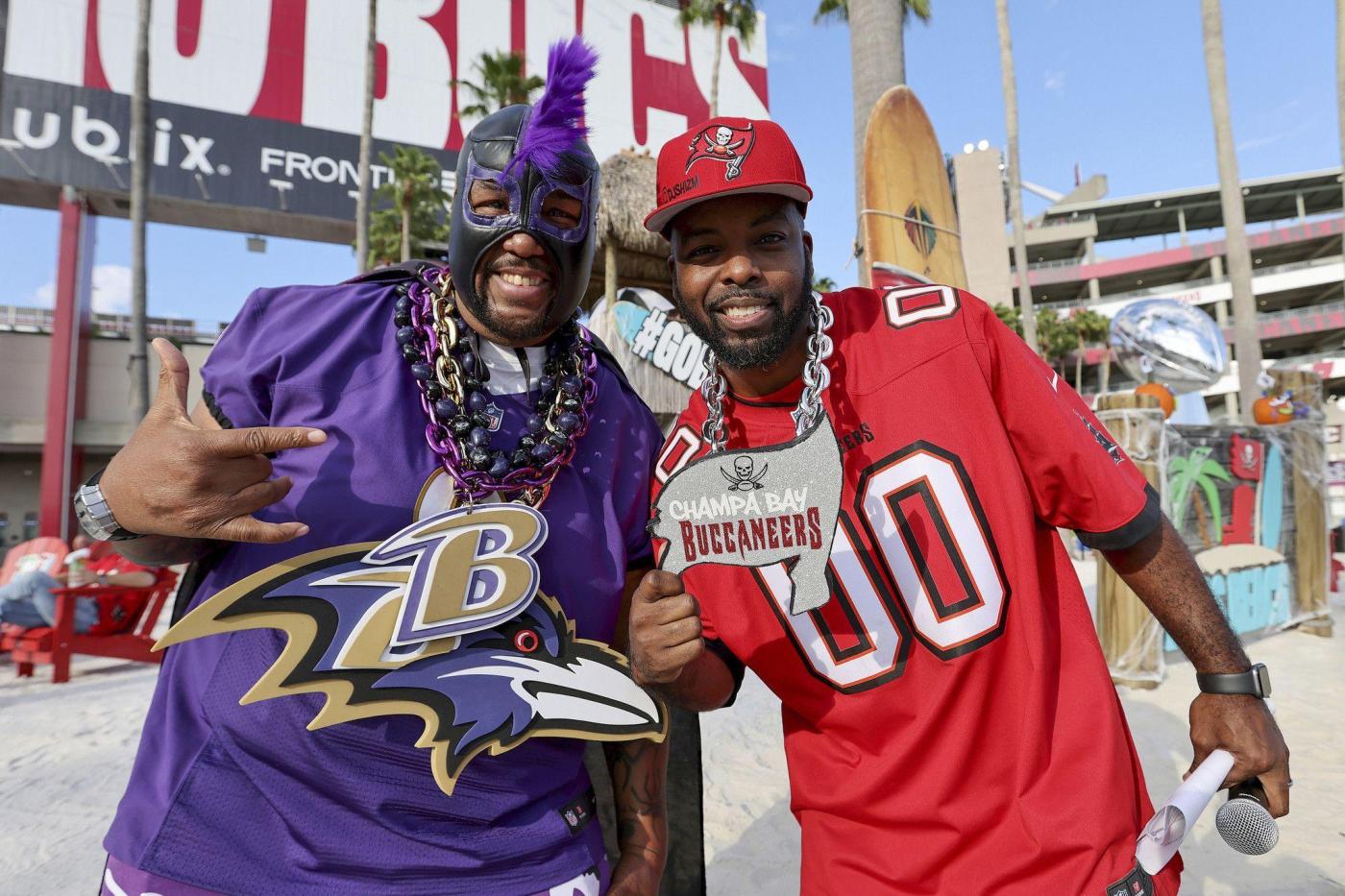 As the Ravens went into halftime trailing the Tampa Bay Buccaneers 10-3 on Thursday night, most observers had to be puzzled.

Did offensive coordinator Greg Roman just allow quarterback Lamar Jackson to throw 30 passes in the first half? Was this real or some new version of the latest video game?

In the second half, Roman and Jackson came to their senses as the Ravens rushed for 204 yards in the final two quarters to secure a 27-22 come-from-behind victory.

Sometimes coordinators blow a fuse trying to find a way to manufacture points, and that might explain the weird play calling early Thursday night. But this was a team in search of an identity, and they might have found one.

“It really laid out exactly how we had anticipated, in terms of what we called, when we called it in terms of the run-pass ratio,” he said. “I thought we’d do a little bit better than three points; we all thought we’d score a little bit more than three, but their defense is tough, and we couldn’t get going with first downs and getting drives extended, but that was how we planned on doing it.”

That wasn’t too smart, regardless of the fact that the Buccaneers were missing three starting cornerbacks and a safety because of injuries. The game plan for this team should be simple: run, run, and run some more.

It’s unlikely the Ravens will be successful in the postseason with this run-oriented approach, but that’s looking too far into the future.

The Ravens needed something now, something they could build on. They needed a “go-to pitch,” a Nolan Ryan fastball that had been eluding them for seven games when they were shuffling offensive linemen and running backs.

Now, they got something. They thought running back J.K. Dobbins was the answer when he returned from a season-ending knee injury. That lasted about two weeks until his knee tightened up in a loss to the New York Giants. Now he’s going to have arthroscopic surgery that could sideline him for four to six weeks.

Like Dobbins, Edwards spent last year rehabilitating from a torn ACL. He finally got on the field Sunday and rushed for 66 yards and two touchdowns in a 23-20 win over the Cleveland Browns.

Then came the encore the Ravens have been waiting for. Edwards rushed 11 times for 65 yards against Tampa Bay after only carrying the ball seven times for 27 yards in the first half.

Edwards exited with a hamstring injury that isn’t considered serious, but the rest of the NFL got to see what an impact a 6-foot-1, 236-pound halfback can have on an offense. Apparently, the Ravens got a wake-up call at halftime and Edwards just wore down the Buccaneers in the second half.

And when they had enough of Edwards, the Ravens gave them some Kenyan Drake (seven carries for 62 yards), some Justice Hill (four carries for 28 yards) and a little Lamar Jackson (nine carries for 43 yards).

By midway through the fourth quarter, the Buccaneers were pleading “no mas.”

Rookie tight end Isaiah Likely said right tackle Morgan Moses was shouting to the sideline to run the ball in the second half.

“Playing for so long, you get a rhythm of the game, and you kind of get a feeling from the [defensive] guys across from you, and you know when it’s time for them to tap out,” Moses said. “So, that was just me feeling out the game, feeling the D-lineman, feeling like, ‘Hey, this is an opportunity where we can take advantage of it.’

“I think we executed well, and I think everybody that ran the ball, who touched the ball. … You look at the first half, I think we had negative yards, and we come out and finish the game with [231 rushing yards] so it was a [heck] of a job, not only the offensive linemen, but the quarterback, the running backs, the receivers blocking, the tight ends blocking, all 11 people on the field.”

The strong running game also helped Jackson get his groove back. Before Thursday night, he struggled with his accuracy and mechanics. But in the second half, he didn’t have to carry the offense.

He was 8-for-8 in the final 30 minutes thanks to a lot of play-action fakes, which helped him finish 27-for-38 for 238 yards and two touchdowns.

The running game also kept Baltimore’s much-maligned defense off the field as the Ravens ran 71 offensive plays compared to 59 for Tampa Bay. By the end, the Ravens had nearly a 17-minute advantage in the time of possession.

Jackson appeared more comfortable in the pocket than in previous games and was able to get more receivers involved than usual. With tight end Mark Andrews (shoulder) and wide receiver Rashod Bateman (foot) out with injuries, Likely (six catches for 77 yards) and veteran wide receiver Demarcus Robinson (six catches for 64 yards) stepped up, as did third-year wideout Devin Duvernay (four catches for 31 yards).

That’s why establishing the run was so important. In today’s pass-happy NFL, it’s hard to imagine a team winning with this approach. It can happen, but a lot of things have to fall into place.

At least for now, the Ravens have a good foundation with a strong running game. It’s only two games, but it’s finally consistent.