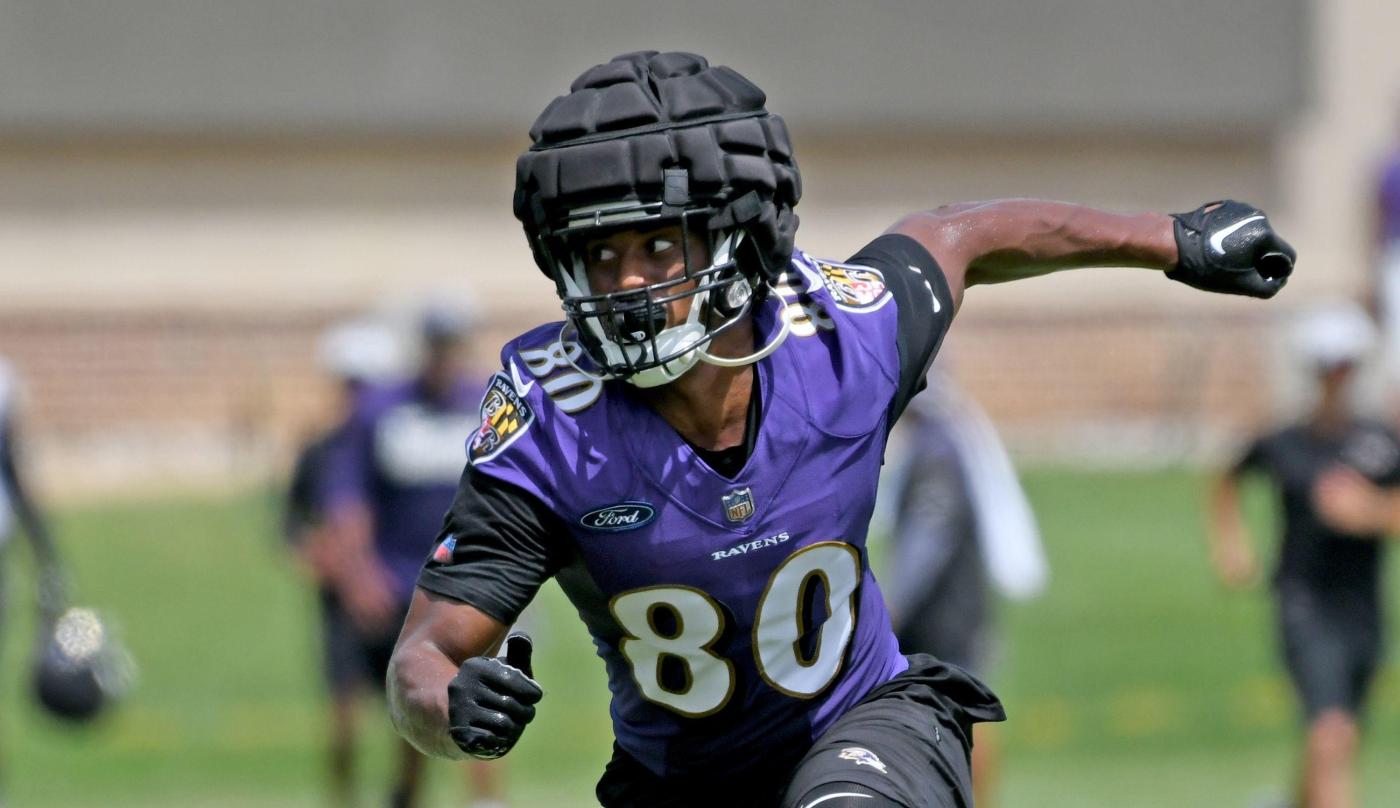 Based on early results, Eric DeCosta might have put together his best draft since becoming Ravens general manager four years ago. The showcase begins Thursday night in the team’s preseason opener against the Tennessee Titans at M&T Bank Stadium.

The Ravens had 11 selections in April’s annual NFL draft, and it is conceivable that at least four or five end up in the starting lineup in some capacity this year, even without injuries.

In fairness, it takes about three to four years to determine the worth of a draft class, but this one has been fairly impressive so far in training camp.

DeCosta didn’t set the bar too high in his first three seasons, especially after his predecessor Ozzie Newsome had a strong walk-off performance in 2018 by trading back into the first round and selecting quarterback Lamar Jackson with the No. 32 overall pick. Offensive tackle Orlando Brown Jr. and tight end Mark Andrews, two future Pro Bowl selections, were picked in the third round that year.

Looking back now, DeCosta’s first class in 2019 was a dud, with the Ravens taking Oklahoma wide receiver Marquise Brown in the first round and then Louisiana Tech outside linebacker Jaylon Ferguson and Notre Dame wide receiver Miles Boykin in the third.

None of those picks are still with the Ravens. Brown was traded to the Arizona Cardinals on the opening day of this year’s draft for a first-round pick that became Iowa center Tyler Linderbaum, which made his selection somewhat salvageable.

Since then, the Ravens have drafted some strong players such as running back J.K. Dobbins and defensive lineman Justin Madubuike in 2020 and wide receiver Rashod Bateman and outside linebacker Odafe Oweh in 2021.

If linebacker Patrick Queen and receivers Devin Duvernay and James Proche II, all from that 2020 class, can have strong breakout seasons, then the Ravens will have a really strong young nucleus.

If outside linebacker David Ojabo (second round, Michigan), recovers from a torn Achilles tendon, he’ll get on the field this season as well.

Hamilton has already been inserted into several packages. At 6 feet 4 and 220 pounds, he is athletically and physically talented. He looks the part, and while he’s been beat a few times and had about two mediocre practices late last week, he’s rebounded well.

Linderbaum has missed the last couple of practices with a foot injury but had been steady until that point. Like most linemen, he needs a strong offseason in the weight room to add muscle because there have been times when nose tackle Michael Pierce has tossed him around like a paper clip.

Armour-Davis is the prototype at cornerback. At 6-1 and 195 pounds, he is long, lean and has exceptional quickness and recovery speed. He is versatile enough to play inside or outside, so he’ll get on the field in certain substitution packages. Playing behind Pro Bowl cornerbacks Marlon Humphrey and Marcus Peters is the ideal situation for a rookie.

Stout is the punter and it is his job to lose. Even if he falters, the Ravens have a great fallback plan in former starter Sam Koch, now a special teams consultant.

Ojabo creates excitement because he is everything that Oweh wasn’t a year ago. He looks big and rugged, while Oweh came to the Ravens last season relying on speed to the outside, and little else.

Ojabo has an assortment of moves, from the swim to the arm rips to the spin, which makes him the most intriguing of all the draft picks.

Besides rookies who might help the Ravens right away, there are other players who have potential. Like Linderbaum, tight end Isaiah Likely (fourth round, Coastal Carolina) needs a year in the weight room. It will be interesting to see who gets in playing shape first, Pierce or rookie nose tackle Travis Jones (third round, Connecticut), but Jones can become a good player.

Cornerback Damarion Williams (fourth round, Houston) has shown some playmaking ability, as has running back Tyler Badie (sixth round, Missouri).

It is a new season for rookies. They made it through minicamps after the draft, the first day of contact — a big moment for those guys — and two weeks of training camp practice. Now it’s time for the preseason.

Coach John Harbaugh will hold out a lot of the Ravens’ starters, including Jackson, Andrews and Dobbins. Most of them probably won’t play until the regular-season opener against the New York Jets on Sept. 11.

So, these rookies will get a chance to play, and we’ll find out if they can make the grade in the NFL. It’s early, but so far this draft class looks like DeCosta’s most promising.