Todays Though > News > Mike Preston: The Ravens lacked a game-changing defender in his prime. Roquan Smith changes that.
News

Mike Preston: The Ravens lacked a game-changing defender in his prime. Roquan Smith changes that. 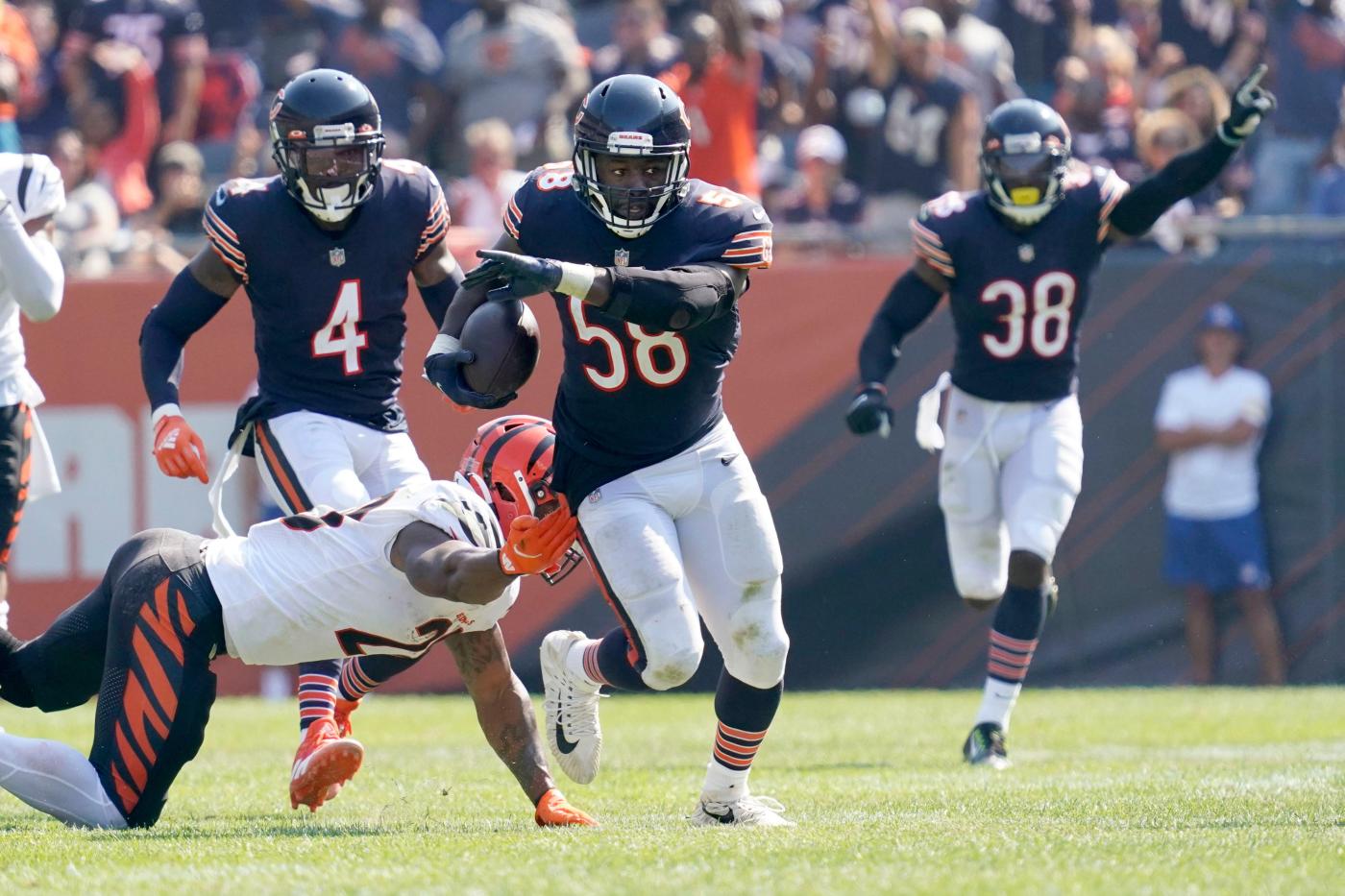 The Ravens significantly improved their team by trading for Chicago Bears inside linebacker Roquan Smith on Monday, as they finally have a game-changer on defense in the prime of his career.

The Ravens don’t have a history of making major trades during the season, which makes this move even more surprising. But with the move, it’s apparent general manager Eric DeCosta believes the Ravens are serious contenders.

ESPN reported that the Ravens gave up second- and fifth-round draft picks for Smith, who is in the final year of his rookie contract. According to ESPN, the Ravens owe him just $575,000 over the remainder of the season with the Bears agreeing to pay Smith the bulk of his remaining salary. According to one highly respected league agent I spoke with, he thought the Bears would get a first-round pick for Smith.

It’s not clear if the Ravens have worked out a new, long-term deal with Smith — DeCosta did not respond to numerous text messages or phone calls Monday — but his addition will have a significant impact. The Ravens have lacked a legitimate presence inside all season. Third-year weakside linebacker Patrick Queen has improved, especially with blitzing and rushing the passer, but he’s still not a complete linebacker.

Middle linebacker Josh Bynes is 33 and has shown signs of slowing down, leaving the Ravens without an inside linebacker strong enough to fight off blocks and quickly take the proper pursuit angles.

That changes with Smith, who is still just 25.

Smith was the No. 8 overall pick in the 2018 draft out of Georgia, where he was the Southeastern Conference’s Defensive Player of the Year in 2018. In 69 career games with the Bears, he had 608 tackles, 16 1/2 sacks and seven interceptions.

In college, Smith was known for his recognition and ball awareness, and at 6 feet 1 and 232 points, he can cover any tight end or running back. That was an area of major concern for the Ravens, who didn’t have any linebackers who could fill that role.

Despite demanding to be traded in August because of stalled contract negotiations, Smith leads the NFL this season with 83 tackles to go with 2 1/2 sacks, four tackles for losses and two interceptions.

The Ravens desperately needed an impact player on defense. In their three losses this season, they have blown three double-digit fourth-quarter leads. Remember when they allowed four fourth-quarter touchdowns against Miami?

Cornerback Marcus Peters and safety Marcus Williams were the Ravens’ only proven game-changing players on defense, and Williams is out for an extended time with a wrist injury. But Smith changes that dynamic. He’ll help reshape the defense, and will the return of outside linebackers Tyus Bowser and rookie David Ojabo, both of whom are expected to be back on the field soon after recovering from Achilles tendon injuries.

Bowser is a complete linebacker, someone who can cover but also set the edge against the run. Ojabo, the team’s second-round pick out of Michigan, is expected to improve the pass rush and should be a complement to veteran outside linebacker Justin Houston.

If it works out, the linebackers, once a position of weakness, can become a strength.

The addition of Smith was a big, bold move.