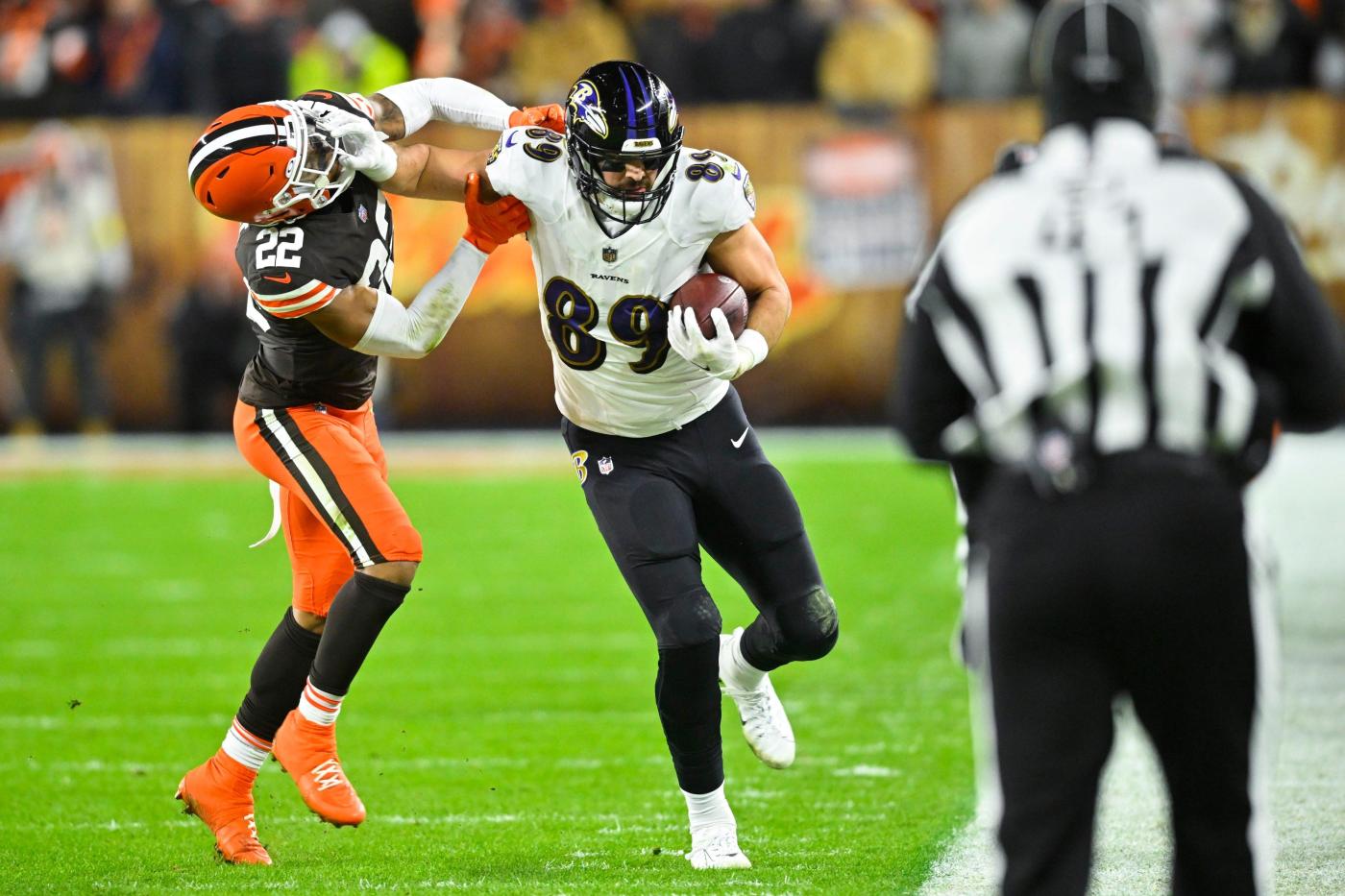 Until proven otherwise, the Ravens are pretenders and not serious contenders.

They’ll get into the playoffs, but they won’t go far unless they develop a passing game, which has been the Achilles’ heel of the offense for the last four seasons.

The Ravens had a great opportunity to enter Week 16 having won three straight games and seven of their last eight, but they turned in a dud in a 13-3 loss to the Cleveland Browns.

If the Ravens (9-4) had won, they could have kept some pressure on the Buffalo Bills or the Kansas Chiefs in the race for a top seed in the AFC playoffs. They still might have that opportunity, but the Ravens looked Saturday night like a team that was gearing down for the postseason instead of up.

Offensively, they are lost. They’re a running team that gets away from running the ball. Clock management has been poor for years and was again Saturday, and coach John Harbaugh has this aggressive “go for it” mentality that costs them a couple of games a year.

Defensively, the Ravens continue to give up big pass plays over the middle. They’ve been fortunate enough to play the struggling Denver Broncos and Pittsburgh Steelers the past two games, but they had trouble slowing down Browns quarterback Deshaun Watson, who has played only three games in two years.

This loss was embarrassing. Pitiful might be a better word.

That’s a great attitude to have and it’s expected from a professional athlete. But after pulling off a big win against the Steelers in Pittsburgh last week, the Ravens had a great opportunity to build on that momentum and get another win before closing the regular season against the Atlanta Falcons, Steelers and Cincinnati Bengals.

Maybe some sort of mental letdown is to be expected, but not from a team that has serious playoff aspirations. The Ravens have had problems all season long, but maybe they could get on some kind of a roll that would carry them into the postseason.

Then came Saturday. Now, until proven otherwise, they look like the best of the average teams in the NFL.

The Ravens have no passing game. They can’t compete with Kansas City or Buffalo unless they can throw downfield and stretch defenses. Backup quarterback Tyler Huntely completed 17 of 30 passes for 138 yards against Cleveland. Neither he nor his receivers seemed to know if the Browns were playing zone or man-to-man coverage, which is why some of the routes seemed hesitant.

The Ravens also looked soft and played as if the cold weather was too much for them. Here’s a newsflash: It’s probably going to be colder in Kansas City or Buffalo beginning in mid-January and throughout the postseason.

“We just have to start scoring touchdowns,” Harbaugh said. “You can’t turn the ball over; you have to run routes the right way to get between defenders and free the ball; you can’t fumble the ball; you have to put the ball away when you’re getting up field. That’s winning football; our guys know that. It starts with that. We have to just have a better passing game, basically.

“It’s not a good enough passing game right now across the board to do the things that we’re hoping to do. So, that will be priority one. Every area can get better at something in certain things, but from an offensive standpoint, that’s something that we have to go to work on, and we will.”

The Ravens went to the passing game way too early Saturday. They finished with 198 yards on 28 carries, including 19 attempts for 103 yards in the first half. They had only nine attempts for 93 yards in the second half, but it wasn’t as if they were far behind the Browns and their struggling offense.

Cleveland, meanwhile, had 10 carries for 43 yards in the first half and had 11 attempts for 100 yards in the second. Worse yet, neither Dobbins nor backup Gus Edwards appear to be in top shape after recovering from major knee injuries suffered a year ago. Dobbins had to pull up and slow down again during a 37-yard run and Edwards didn’t explode through the hole like he did several weeks ago.

This team can’t score points. The Ravens have scored only two touchdowns in the last three games.

“Some days you are able to get a ton of offense and you can’t score,” right guard Kevin Zeitler said. “The ball just did not roll our way today. Obviously, it is on us.”

The Ravens also can’t get play calls into the huddle and to the line of scrimmage in time for the quarterback to make proper reads. Late in the first half, the Ravens called a timeout and then were penalized for a delay of game. That kind of stuff doesn’t happen to the Chiefs or the Bills, but it seems to happen on a regular basis in Baltimore.

Even if starting quarterback Lamar Jackson returns, will there be that much of a difference? Is he explosive enough to cover up all these weaknesses?

The Ravens’ defense has improved but their secondary is still suspect. They have glaring weaknesses on both sides of the ball, but their depth allows them to cover them up.

That won’t cut it in the postseason. They need playmakers who get sacks, make interceptions and score touchdowns.

The Ravens are lacking in that department.