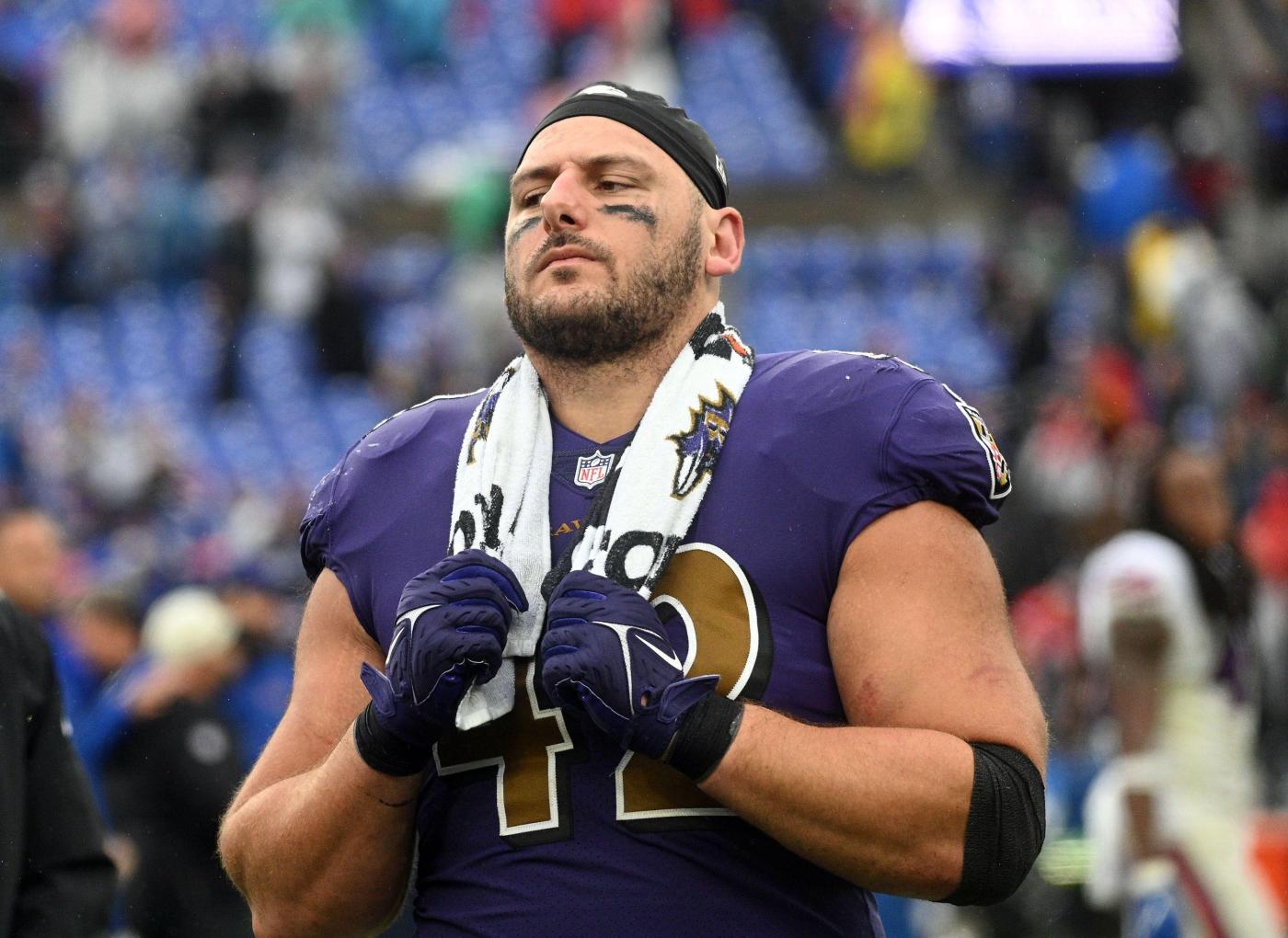 What happened to Lamar’s ability to throw long with accuracy?

Preston: Jackson has struggled to throw the long ball since Day 1 with the Ravens. In his rookie season, his long passes would wobble like ducks and hang in the air. Through the years, he has gotten better, especially down the middle of the field, which is a strength of his. But this season, Jackson is throwing too many passes on a “rope” and not putting air under them. In other words, he has to put enough loft under his passes to allow his receivers to run under them. It’s more of a technique issue than anything else, but something that can be corrected, and those corrections should be made heading into the second half of the season.

Do you have any sense of how good the final offer to Lamar Jackson from the Ravens was? I am happy to see Lamar get paid, but I have no idea what a realistic contract would be. Thoughts? Thanks.

Preston: The Ravens’ final contract offer before Jackson’s self-imposed Week 1 deadline would have made him one of the highest paid quarterbacks in the NFL, right up there with his peers like the Kansas City Chiefs’ Patrick Mahomes, the Cleveland Browns’ Deshaun Watson and the Denver Broncos’ Russell Wilson. Jackson, though, wanted a fully guaranteed contract like the $230 million Watson got from the Browns, and the Ravens said no. Even if the Ravens go deep into the playoffs or win a Super Bowl, I am not sure Ravens owner Steve Bisciotti or general manager Eric DeCosta will offer Jackson a fully guaranteed contract. My gut feeling is that the Ravens will put the franchise tag on Jackson heading into next season, and then they’ll go from there. If Jackson continues to lobby for the guarantee, the Ravens will probably allow him to become a free agent, but that’s another year or two down the road.

You said that Patrick Ricard is the best blocking fullback in the NFL. If so, why don’t the Ravens use him as a real fullback, the way they used Sam Gash? Put him in front of the running back and let him blast forward. He could also protect Lamar Jackson. I don’t understand why they put him out on the flank.

Preston: I think the Ravens flank him out or put him in the slot for a few reasons. Sometimes a linebacker walks out with Ricard, which takes a bigger body away from the line of scrimmage or out of the box. Sometimes they put him in the slot or on the edge so he can chip defensive ends or outside linebackers. One thing is for sure: You don’t want to be too predictable in the NFL. If you lined him up in the true fullback position and ran either J.K. Dobbins or Gus Edwards behind him every time, then you’re tipping off the play. I don’t mind when Ricard goes in motion and the Ravens run a toss behind him. Who in the world wants to stand in front of a runaway truck? The Ravens use him wisely, even though I’d probably use him as a runner more often in short-yardage situations. Based on his size and body lean, he will always get a yard or two.

The NFL needs to adjust the defensive pass interference penalty to 15 yards and half the distance to the goal line. Is there support for this in the league and do you believe this could happen?

Preston: I don’t anticipate any changes. The NFL likes its wide-open and pass-happy approach. If I were an offensive coordinator, I’d take several chances a game to throw the ball downfield because there’s a good chance pass interference will be called. This is a league that is geared toward excitement, and nothing is more exciting than throwing the ball 35 to 45 times a game. To only call a penalty for 15 yards would be more like the college game, and cornerbacks would take advantage to become more aggressive and hold receivers. Cornerbacks and safeties are at a major disadvantage, but the NFL wants it this way.

Has anyone been watching what I have? Every week Lamar seems to change the complexion of a game with poor decisions and even worse throws. They have a record of 5-9 in their last 13 games and yes, Lamar didn’t play at end of last season, so he is not totally responsible. But when it comes to crunch time, time when all that is needed is a first down or something simple, he fails to rise to the occasion. Don’t sacrifice the future of this team by giving him a contract that will severely limit the Ravens due to the [salary] cap. Tag him for next season and draft his replacement next April. They will never go far in the playoffs, let alone the Super Bowl, with him as a quarterback.

Preston: Edward, I share some of your concerns. He appears to play better earlier in games and is more comfortable running the offense when he has a lead. He also appears to play better when the weather is good as opposed to playing in the rain or cold conditions. But I’m not ready to give up on Jackson yet. Buffalo Bills quarterback Josh Allen, taken in the 2018 draft like Jackson, used to make similar mistakes until his career took off last season. Then I watched Allen play against Green Bay Packers on Sunday night, and he was back to making boneheaded plays and making poor decisions. As I’ve said before, I know what the Ravens have with Jackson. Like you, I’d give him this year and next to prove he can take this team deep into the postseason or move on because he would be in his sixth or seventh year. But in that time, maybe he’ll get better as far as making the right decisions and being more accurate. Some athletes develop faster than others.

Mike, thanks for your work. I appreciate the voice of objectivity you provide. As a Ravens fan, it is too easy to get swept away in the hype. I enjoy swimming in reality. It seems to me with Gus Edwards, J.K. Dobbins and Justice Hill, a pretty good offensive line at this point, and Mark Andrews and Lamar Jackson, the Ravens, when healthy, could have one of most exciting, creative, productive offenses in the NFL, perhaps even historically so, if they get a premier WR (or one close to premier). However, we need an offensive coordinator with the creativity and talent to make this happen. Is there any evidence that Greg Roman is that OC or do we really need to make this a priority — the selection of a new OC that will bring this creativity with him? And would John Harbaugh let this new coordinator have the freedom to develop such an offense?

Preston: Harbaugh has been a special teams and defensive backs coach, so he has no experience designing an offense or calling plays. He has worked hard to improve in that area, but that isn’t his forte, which is why his offensive coordinators have a lot of freedom.

If you look deeply into Roman’s background, I never believed that he was going to develop a highly sophisticated passing game. His rushing attacks in both San Francisco and Buffalo were stellar, and there was confidence it would be the same here in Baltimore with Jackson, a running quarterback.

So far, Roman has lived up to his reputation. I’d like to see more out of the passing game and thought that would happen when the Ravens added assistant coaches Tee Martin and pass game specialist Keith Williams two years ago. While individual techniques have improved, creativity hasn’t. Part of it has to do with scheme but also Jackson, who still struggles to read the outside of the field and sometimes throws inaccurate passes.

I think the Ravens have better-than-average receivers, but their forte is running the ball, and that’s where they have spent most of their time and effort. It will be interesting to see what happens with this offense in the second half of the season. If it falters, will most of the blame fall on Jackson or Roman?