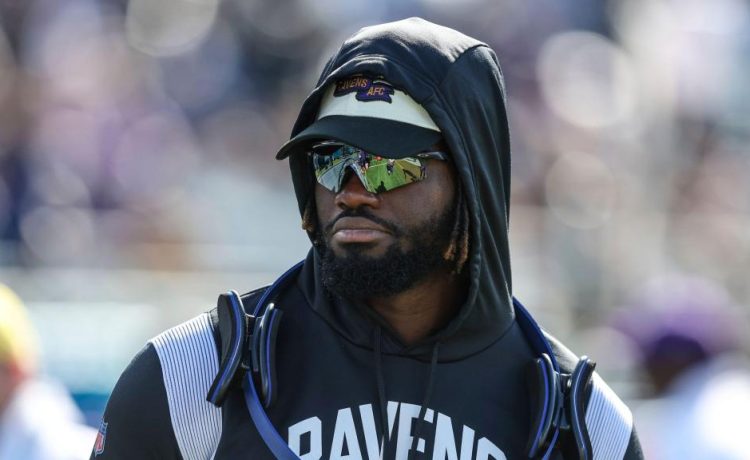 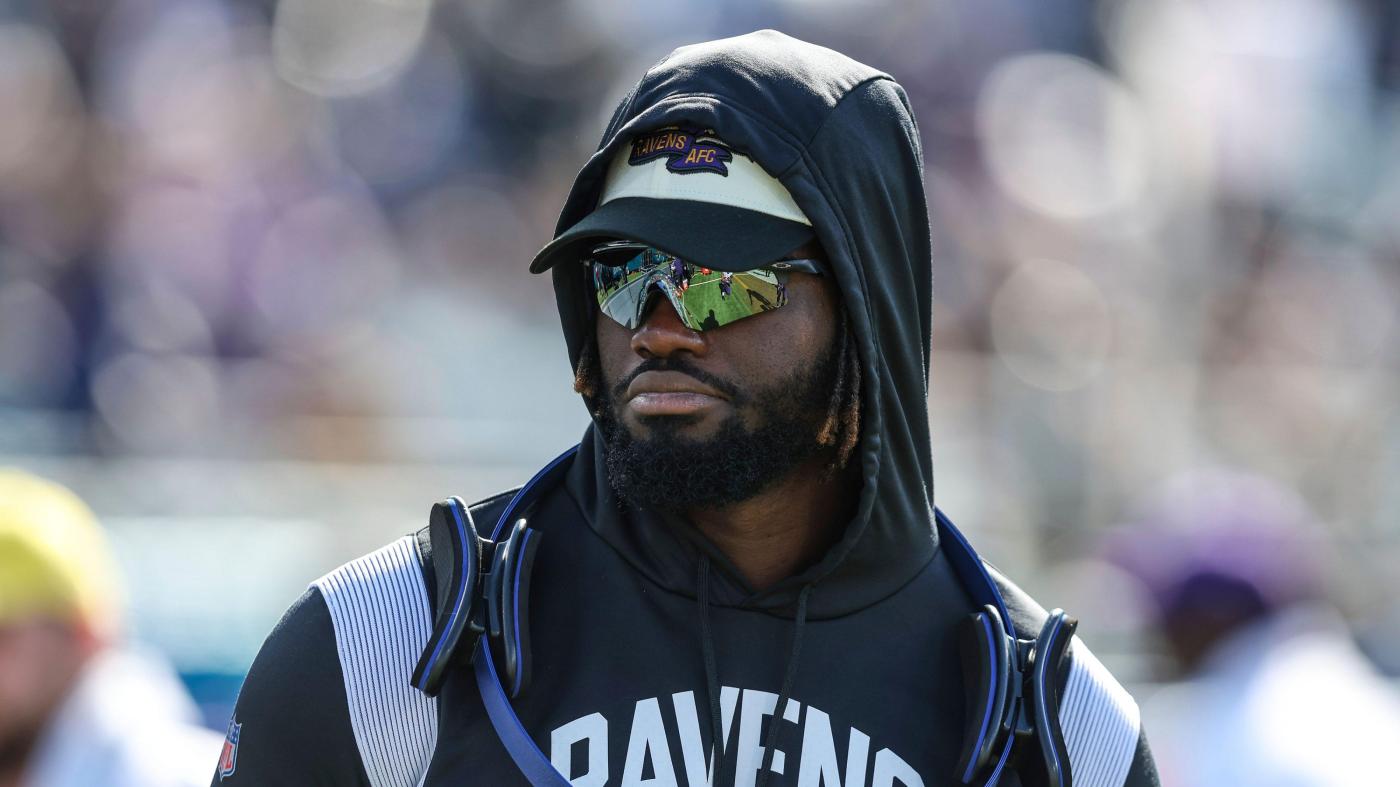 The defense is playing well overall, but they struggle to protect a lead in the final minutes. Do you think this is fixable?

Of course it’s fixable, but only if the Ravens can find two fast cornerbacks who can cover on the outside. I think Marcus Peters and Marlon Humphrey are two solid cornerbacks but neither is a burner. Humphrey is great on the inside playing against slot receivers and near the line of scrimmage. He might be the best in the NFL there. But on the outside, both he and Peters will struggle with fast guys like Miami’s Tyreek Hill (which we saw in Week 2).

The best possible scenario is for the Ravens to get a consistent pass rush, which would limit how long those corners are isolated. The Ravens are forced to play Humphrey on the outside at times because they don’t have much depth, the result of injuries and a lack of experience. Playing against a quarterback like Mitch Trubisky every week helps, too, but that won’t happen in the playoffs.

Mike, would Brett Hundley be a better choice rather than Anthony Brown to start the next game at quarterback if Tyler Huntley is still sidelined?

Clarke, don’t sleep on Anthony Brown. The kid has a nice arm and can throw the deep ball if given the opportunity. I’m not going to suggest he is going to light up the scoreboard if he plays against Cleveland on Sunday, but he appears to have poise and some leadership qualities. He can’t run like Lamar Jackson — no one can — and backup Tyler Huntley has more experience in this offense, but Brown did rush for 658 yards on 151 attempts and threw for a Pac-12 Conference-leading 2,980 yards with 18 touchdowns during his final season at Oregon.

Watching Hundley in practice last week, he looked bigger than 6 feet, 3 inches and 220 pounds. I’m not sure the Ravens could run some of those run-pass options with him as the starter. What I like about Huntley and Brown is that they fit the same mold. Regardless of who starts in place of Jackson, the script for this offense won’t change from recent weeks. The Ravens will be conservative and stay with short to intermediate passes. The hope is the running game gets going, which will open up the play-action passing game.

David Ojabo has still yet to be active on game day. Seems like we’re getting to a point in the season where adding a pass rusher like him to the mix would be a real jolt to the defense. Is his status tied to his ability or lack thereof to play special teams? Or just still working back into shape from Achilles injury? Thanks.

It’s hard to rebound from a torn Achilles tendon within a year. For Ojabo, it’s been only nine months, so to get him back out on the practice field already is impressive. I never expected much from the kid this season and thought it was a pipe dream to have him play by October or mid-November. From what I’ve seen, Ojabo is a physical specimen. When you watch his college film, he had all the moves from the swim to the arm rips to the spin. There is no rush to get him back on the field, not when you see a player so young with so much potential.

He has all the tools to one day become an enforcer, a dominant pass rusher that this team hasn’t had since outside linebacker Terrell Suggs.

It seems like Marlon Humphrey is wary of turning around when he’s out in coverage one-on-one. It’s like he’s waiting for a bad throw or the receiver to catch the ball and then try to knock it out as opposed to making a play on the ball himself. Look it’s a tough job, but is his technique good?

I’ve already explained Humphrey’s weaknesses but we’re spending way too much time on him having a bad game. Up until Sunday, he was having a very strong season, and again, I like him playing on the inside as opposed to the outside. Against Pittsburgh, he didn’t turn around because he was always trailing the receiver and looking back might have cost him a step. Both Peters and Humphrey hold a lot, and that’s something I’ve seen in training camp from them for the last couple of years. No one says much to them in practice, so it’s bound to carry over into the games.

After the Steelers game, Humphrey at least acknowledged in a tweet that he had a bad game, and I respect him for pointing it out. He didn’t make excuses, he didn’t write anything vulgar, just stated he played poorly, the Ravens still won and “the show goes on.” Humphrey can get grumpy and arrogant at times, but I’ve seen that in a lot of cornerbacks. But you can never accuse him of not playing hard.

Mike, I didn’t catch the whole show, but you seemed to imply this morning on the radio that Lamar was not being as diligent as perhaps he should with his injury rehab. Is this correct? This troubling to you? Indicative of something deeper? Consistent with Skip Bayless’ report a while back about Lamar being unhappy? I sure hope not. With him engaged, they CAN make a run. Make the tournament and then one game at a time.

Sean, it’s no secret to any of the coaches or top members of the front office that Jackson is a slacker and needs to have more due diligence in getting adequate rest, eating a healthy diet, being alert in meetings and workouts, and getting proper rehabilitation instructions. I don’t know if Jackson is happy or unhappy about his present situation and I am not concerned about what some other media members think. He needs to work harder now. Here is the bottom line, to borrow one of Ray Lewis’s favorite phrases: At this time, regardless of how well any of the backups play, the Ravens’ best chance of winning and advancing in the postseason is to get Jackson healthy and ready to play again.

Jackson isn’t the type who is going to come out and play well as soon as he steps on the field. His history shows that it’s going to take a game or two to round back into form. So, I’ll say it again, Jackson needs to get over to the complex on a regular basis, listen to the trainers, rehab and prepare for the last game or games of the regular season.

Mike never would have endorsed this at the start of the season but we have Lamar leading a pretty lame offense, and he has these “illnesses,” a quad issue, a hip issue and now a more serious knee issue, and LJ is valuable because of his legs, not his arm. He wants essentially the best quarterback deal with a guaranteed contract. LJ is a very good quarterback, but there are at least a half dozen quarterbacks I would rather have based on performance this year and last than LJ. Do you think the Ravens might trade LJ for a player or two to fill a gap we have currently AND grab a No. 1 draft pick, which we can use to take a quarterback? We keep Tyler Huntley, who may well continue to improve with more work with the first team, and next year he and our new draft pick compete for the starting QB job. By doing this, we also save a lot of money we could spend to provide depth at other positions.

I’ve covered this team since it arrived in 1996. The most important thing I have learned from former Ravens general manager Ozzie Newsome is patience. You don’t overreact to wins and losses and you don’t get caught up in the emotion. Well, patience is needed here. The Ravens are 9-4, will probably get a playoff game in Baltimore, maybe two, and we have some fans asking that owner Steve BIsciotti fire coach John Harbaugh and, or, general manager Eric DeCosta.

Michael, I’m not saying that you’re in the same class with some of those, but let’s just wait and see how this season turns out. There is plenty of time to sign Jackson, put a franchise tag on him or trade him. I’m pretty sure DeCosta has gone over all those scenarios, but it’s hard to predict how this season will turn out.

I think the offense has problems and the defense struggles against some of the quality quarterbacks they might face in the postseason, but strange things happen in the NFL. There have been two occasions when the Ravens looked like they weren’t going anywhere and they went on to win Super Bowls.

With that said, I wouldn’t bet my house on the Ravens winning a Super Bowl, but I’d put up someone else’s.