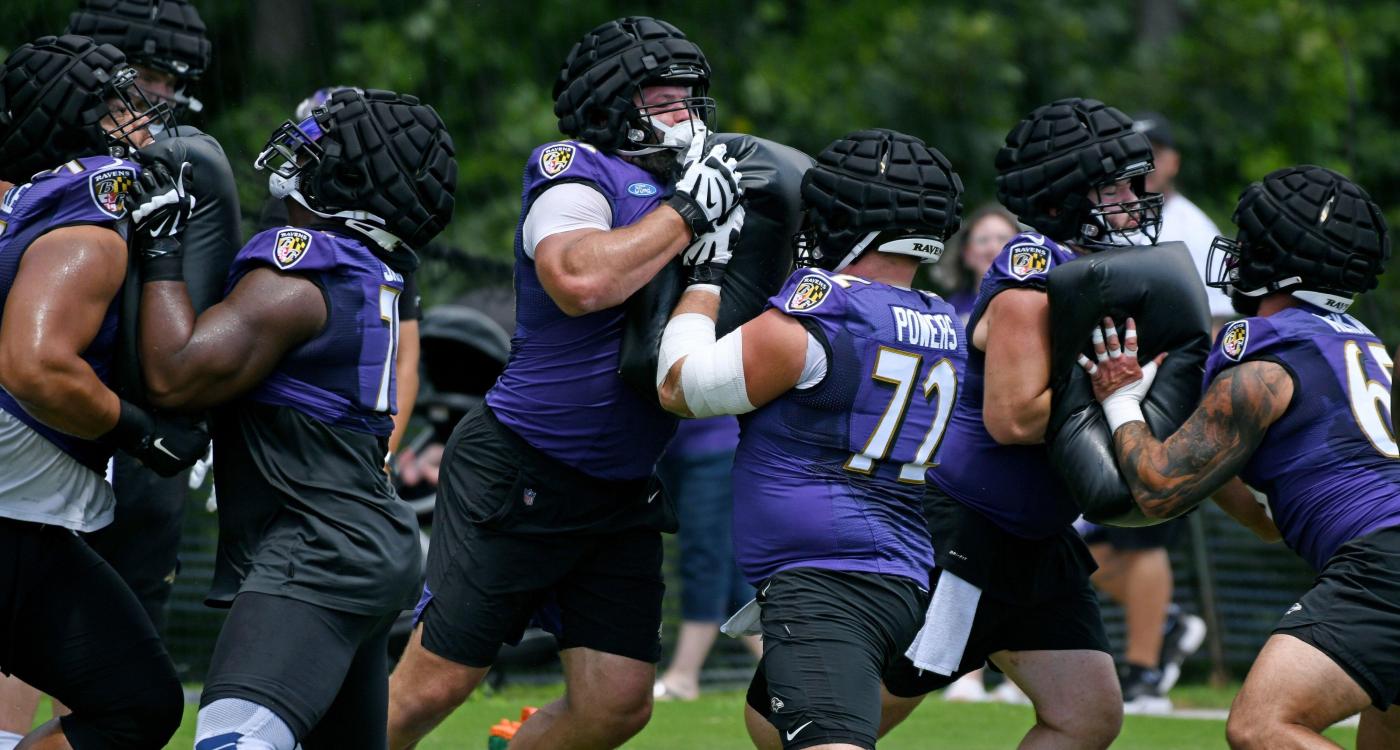 Star running J.K. Dobbins returned to practice Monday after missing all of last season with a knee injury, but the player the Ravens miss the most is Pro Bowl left tackle Ronnie Stanley, who is still out nursing an injured ankle that has been surgically repaired twice.

Dobbins’ return created some excitement at training camp, especially for a team in need of a top running back, but this offense will suffer without their $98.8 million tackle. The Ravens have tried different combinations to replace Stanley, who is expected to return in time for the regular season opener against the New York Jets on Sept. 11, but there is only one All-Pro at the position, and he’s still missing in action.

Ja’Wuan James, who has played just three games since the start of 2019, filling in for Stanley is causing concern. He might be more athletic than last year’s starting tackle, Alejandro Villanueva, but he is lethargic at times, possibly because he’s switching back and forth from both tackle positions.

He will certainly struggle against speed rushers on quarterback Lamar Jackson’s blind side. Right now, the Ravens are strong on the right side with tackle Morgan Moses and guard Kevin Zeitler, but the left side — with James and guard Ben Powers — is not nearly as adept.

If rookie center Tyler Linderbaum doesn’t recover from a foot injury that Harbaugh said is “not a serious injury,” the Ravens will probably start Patrick Mekari in his place. Mekari is a better guard than center, though, and might be the best left tackle available right now.

Veteran tight end Nick Boyle is trying to return from a serious leg injury that he suffered in November 2020, and while he has worked extremely hard, there are times when he plants his leg to cut and limps lightly away.

You question how long he can play this way or is this just part of his rehabilitation in returning to practice. He once was one of the better blocking tight ends in the NFL, an imposing figure when the Ravens have him, fellow tight end Mark Andrews and fullback Patrick Ricard lined up on the right side.

Boyle returned for a few games last season after two surgeries. The initial procedure, which he called “the worst surgery of my life,” repaired meniscus, PCL, MCL and fracture damage. A clean-up procedure, which he underwent last summer, delayed his return to the field. He still seems to be working his way back.

One of the best passes I ever saw Jackson throw was about a 14-yard out to receiver James Proche II on a third-and-8 at the Ravens’ 4-yard line on Monday. The pass was perfectly timed, as Jackson threw before Proche even made his break.

Very seldom does Jackson throw those types of timing patterns to the outside of the field. As for the rest of Jackson’s day, he was better on the short to intermediate throws than on the long ball, but overall he continues to perform well in training camp.

This has been one of those “brother-in-law” type camps because the Ravens don’t want to risk injuries, and it’s about that time where some players start laying on each other and going through the motions.

So, it was great when rookie receiver Makai Polk ran a short crossing and turned to go up field only to get knocked into next week by undrafted rookie cornerback Denzel Williams. I assume some of the Ravens coaches weren’t too happy about the move, but it was nice to see a good hit in these dog days of summer.

It made you look forward to the regular-season opener.

Two rookies who performed on the opposite end of the spectrum Monday were receiver Shemar Bridges and cornerback Damarion Williams.

Bridges, who had been solid for most of training camp, dropped several passes and appeared to lose concentration. Williams knocked down a couple of passes, and it’s interesting to see how serious the Ravens are about having him return punts.

The kid is a playmaker, at least in practice, so far.

During several periods Monday, Harbaugh allowed the players to take their helmets off and walk or jog through passes. This is the complete opposite of previous years, which is a good thing after so many injuries a year ago.

I really like watching the pass protection period where the offensive and defensive linemen go one-on-one. Zeitler has performed well most of training camp, but the most impressive offensive lineman continues to be guard Tyre Phillips.

It’s gotten to the point that if NFL teams can put in different players in passing situations, why not make Phillips your designated pass blocker?