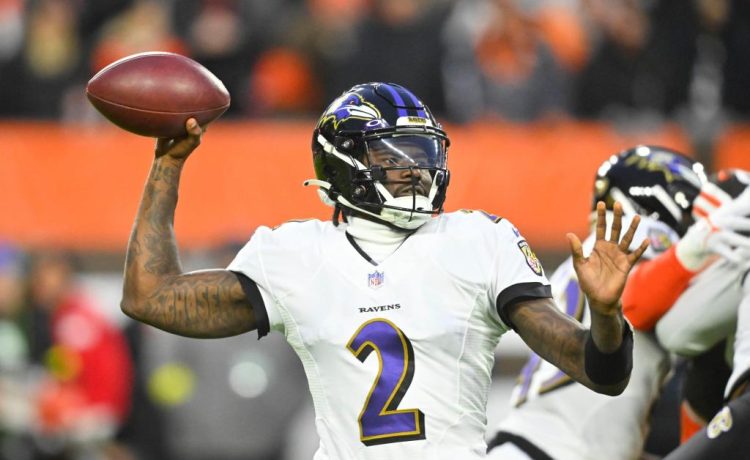 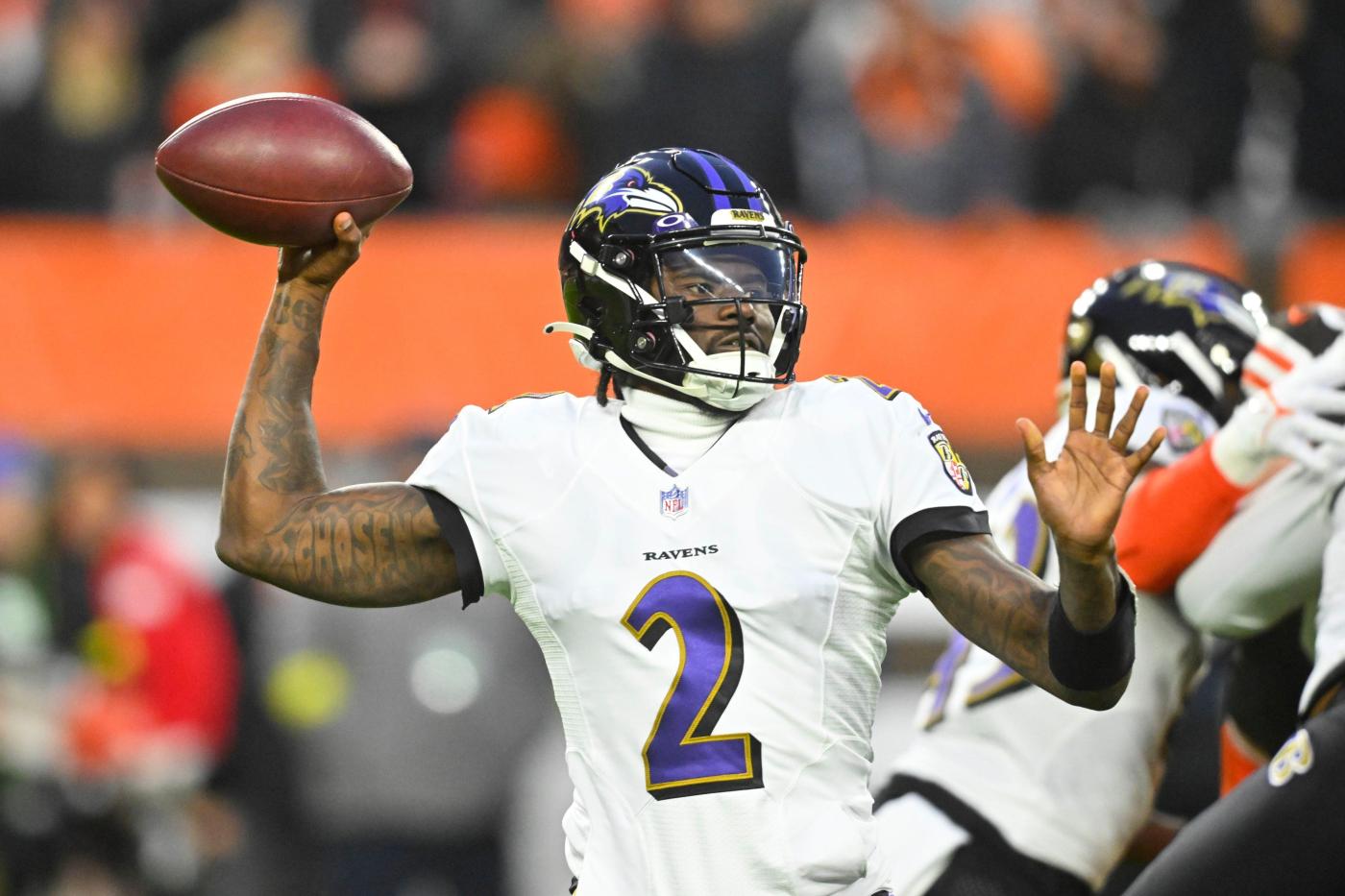 Here’s how the Ravens graded out at each position after a 13-3 loss to the Cleveland Browns in Saturday’s Week 15 matchup at FirstEnergy Stadium.

Tyler Huntley is a backup, and he played like one. He and his receivers were out of sync about when the Browns were playing zone or man-to-man coverage. When Huntley had to bring the Ravens back late in the fourth quarter, he panicked and buckled under pressure at times while holding on to the ball too long. The passing game is limited, and so is the quarterback. Huntley completed 17 of 30 passes for 138 yards and one interception and finished with a passer rating of 54.6. Grade: D

Halfbacks J.K. Dobbins and Gus Edwards were the top players on offense, as Dobbins finished with 125 yards on 13 carries and Edwards had 55 yards on seven attempts. But neither is at the top of their respective game after overcoming serious knee injuries. Dobbins had another long run in the second half but still didn’t have that breakaway speed to score. Edwards doesn’t have the explosion he once had, either. His acceleration is slower than usual. Grade: A

The Ravens don’t have a breakaway threat, and that’s partially by design. The game plan is to be conservative, which is why the Ravens run a lot of hitches and quick turnaround routes. That formula works when the Ravens play teams that struggle on offense, but not when they fall behind. They couldn’t catch up Saturday, and the receivers couldn’t hold on to the ball, even on jet sweeps. They showed why they are one of the worst groups of wide receivers in the NFL. The Ravens don’t even attempt to throw deep down the field. Grade: D

The Ravens beat up on Cleveland with the running game early but got away from it at times. Right tackle Morgan Moses is one of the most athletic at his position in the NFL, and both tackle Ronnie Stanley and guard Ben Powers were dominant on the left side. But the Ravens struggled pass blocking, and once they fell behind the Browns’ defensive front was too overpowering. The Ravens should have stayed with the running game, even if that meant going back to using the wishbone or Wing T. Grade: B

The Ravens didn’t control the pace of the game with their rushing attack, and the line started to wear down in the fourth quarter. Cleveland had a nice mix of run and pass to keep the Ravens off balance as the Browns rushed for 143 yards on 33 carries. Calais Campbell and Broderick Washington had strong games, but the Browns kept coming at the Ravens with running backs Nick Chubb and Kareem Hunt. Washington had four tackles and Campbell had three before exiting with a knee injury in the fourth quarter. Grade: B-

Sooner or later, opposing teams were going to focus on inside linebacker Roquan Smith and it seemed as if the Browns always had a lineman near Smith. The former Chicago Bears star finished with 11 tackles, but he wasn’t dominant. Weakside linebacker Patrick Queen (six tackles) is good at blitzing, but he still struggles covering running backs out of the backfield, even when he is playing zone. The Browns were effective at neutralizing the Ravens’ outside linebackers with quarterback Deshaun Watson, who is more mobile than backup Jacoby Brissett. Grade: C+

The Browns’ receivers don’t have a lot of speed so the Ravens’ secondary held up reasonably well — except for No. 3 safety Kyle Hamilton, who played inside and over the slot. Cleveland attacked him with wide receiver Donovan People-Jones and tight end David Njoku. There were times when the Ravens were supposed to be in zone coverage, but the Browns had receivers running wide open across the middle. The Browns gave the Ravens a different look than their Week 7 meeting; Cleveland got out of the two-tight end offensive sets and opened up the offense with more three-receiver sets. Cornerback Marlon Humphrey and safety Marcus Williams each had six tackles. Grade: B-

Justin Tucker’s 48-yard field goal attempt at the end of the first half sailed wide left and his 50-yard try to open the fourth quarter was blocked. Devin Duvnernay fumbled a punt return early in the game and then bobbled another even though he didn’t lose it. Overall, this was not what has become expected of the Ravens’ special teams. Grade: D

The Ravens were terrible, plain and simple. They couldn’t manage the clock, and they couldn’t get plays in on time. Offensive coordinator Greg Roman got away from the running game too soon and the Browns did a good job of setting up passing plays against the Ravens’ zone defense. Coach John Harbaugh had his usual “let’s go for it” moment on fourth-and-1 at the Cleveland 7-yard line on the team’s first drive and they failed to convert instead of attempting a short field goal on the road. Maybe the worst offense was getting a delay of game penalty after taking a timeout. That’s unbelievable, almost unforgivable. Grade: F