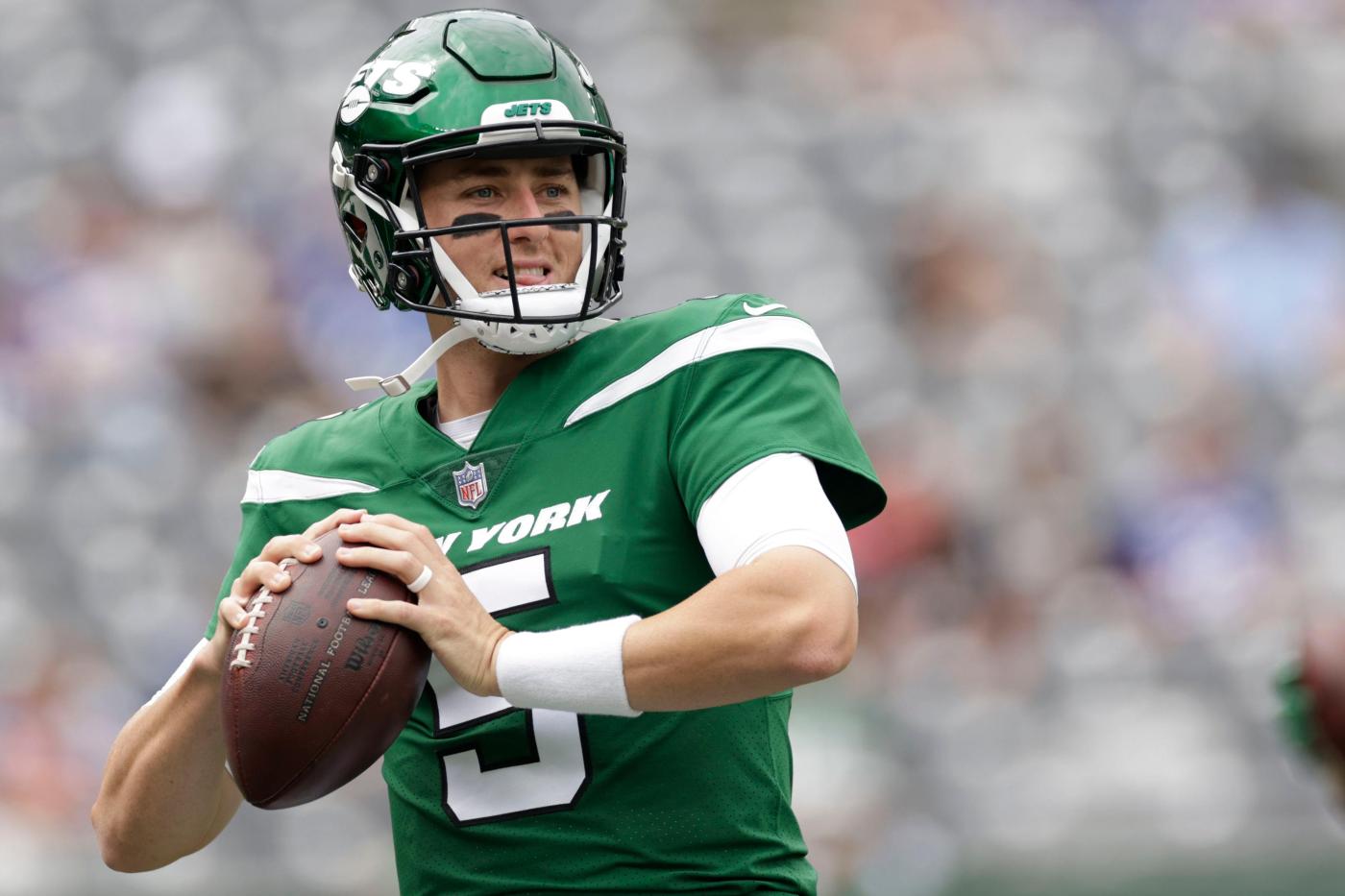 HANK’S HONEYS: A lot hangs on the Justin Fields injury but even if he does buckle up the chinstrap, that dislocated shoulder is going to hinder his desire to take off with the football. The Jets’ defense is the best unit of the four and has the ability to lock down what remains of the Bears’ offense with Fields limited or if Trevor Siemian plays. Benching Zach Wilson is a positive. Mike White has played well as a spot starter before and the team should rally around him. The Bears’ defense doesn’t scare anyone, especially with Roquan Smith shipped off to Baltimore. The Jets need to get back on track and have the perfect opponent to do it against.

HANK’S HONEYS: Both teams have underachieved but the Chargers have done more and have a lot more to play for with a wild card spot still within their grasp. The Cardinals are fast coming apart and possibly headed for a coaching change. It doesn’t matter who plays at QB for the Cardinals. It’s not like Kyler Murray was lighting it up before he got hurt. Their struggling defense will have a hard time covering Keenan Allen and Joshua Palmer now that Justin Herbert is returning to form. The Chargers are 7-4 ATS overall but that includes a 5-0 ATS on the road while the Cardinals are 2-3 ATS at home.

IF I WERE A BETTING MAN: Chargers and the under.

HANK’S HONEYS: It would have made for a heck of a matchup in last year’s Super Bowl. Not now. We can’t find any reason to take the points, even this many. How many points can the Rams possibly score? They have the worst O-line in the league and will be without the shell-shocked Matthew Stafford after already losing Cooper Kupp. Now they’ll be starting their third-string QB, Bryce Perkins. On the other side of the ball, their pass defense is a mess and is going to be helpless against Patrick Mahomes, who has thrown for over 300 yards in five straight games. The Rams can ask only so much out of Aaron Donald, who has to be as mentally beaten down as the rest of his teammates.

IF I WERE A BETTING MAN: Chiefs and the under.

HANK’S HONEYS: The Seahawks needed their bye after a brutal bit of scheduling that sent them to Munich. They’ll come out of it perfectly suited to wreck the Raiders’ mediocre defense. Between Kenneth Walker’s explosiveness and Geno Smith finding favorable matchups for D.K. Metcalf and Tyler Lockett, Seattle should move the ball with ease. Not so the Raiders. While Josh Jacobs should get his yards, Derek Carr is up against a pass defense that has held opposing QBs to a 94.0 passer rating. He’s missing tight ends Darren Waller and Hunter Renfrow and doesn’t have a receiver to take any attention away from Davante Adams.

IF I WERE A BETTING MAN: Seahawks and the over.

HANK’S HONEYS: Aaron Rodgers getting points in prime time? Any other year. But is there any motivation left for him now that the Packers are close to elimination? We will probably see the best of the Eagles here after a so-so performance in Indy that followed up their first loss. The Eagles should get back to what they do best — running the football — against a meh Green Bay run defense and that will open up the rest of their offense. That includes Jalen Hurts, who should exploit the Packer problems against mobile QBs. Also expect the Eagles to be all over Rodgers as he tries to find people downfield.

IF I WERE A BETTING MAN: Eagles and the over.

HANK’S HONEYS: Love the home dog here and it has nothing to do with Sam Darnold getting the start for Carolina. We’ve seen enough of Russell Wilson and his dreadful offense to know that they’re not going to do much against a good Panthers stop unit that has been playing inspired football for Steve Wilks. Denver’s D deserves credit but still can’t make up for the offense’s lack of scoring. A rusty Darnold can be expected to struggle but in what should be a grinding game, D’Onta Foreman could be the difference. He has rushed for more than 115 yards rushing in three of his last five starts.

HANK’S HONEYS: Tom Brady isn’t the only element of the Bucs that has been coming on. Tampa Bay’s improved run defense will play a large part against Cleveland’s two-headed backfield, the key to any Browns victory. This is Jacoby Brissett’s last start before Deshaun Watson comes out of suspension. He’s been a trooper but we don’t see him matching up against a Tom Brady who is getting on the same page with his receivers. Riding momentum out of their bye, the Bucs can now see a clear path to the NFC South title and they are experienced enough not to let down in a very winnable game.

HANK’S HONEYS: The surging Commanders own all the key matchups on both sides of the ball. They are strong against the run, which is how the Falcons win games and with Taylor Heinicke playing smart football, match up well in the downfield passing game. Look, too, for Antonio Gibson to have a big day catching passes out of the backfield against a defense that doesn’t cover backs well. Atlanta has leveled off after its hot start and has been outscored by a combined 28 points in its last two road games. As long as Washington doesn’t look ahead to next week’s divisional matchup against the Giants, it should win comfortably.

IF I WERE A BETTING MAN: Commanders and the over.

HANK’S HONEYS: You can feel the momentum surging with the 49ers. Jimmy Garoppolo has found his comfort zone and Christian McCaffrey has added even more versatility to the attack. Their run-first offense should have the Saints on their heels all game with their top-tier O-line going against a banged-up front that even allowed the Rams to run the ball on them last week. The Saints haven’t won on the road since Week 1.

IF I WERE A BETTING MAN: 49ers and the over.

HANK’S HONEYS: It’s a tossup game but we’ll lean to the visitors. The Steelers’ pass defense has been leaky all year but the Colts haven’t been able to attack down the field with Matt Ryan being given so little time to throw. That’s probably not going to change this week with difference-maker T.J. Watt in the lineup and Minkah Fitzpatrick lurking in the secondary. Jonathan Taylor is capable of having a big day but the Steelers’ run defense is formidable. Jeff Saturday is 2-0 ATS in his brief coaching career but one thing about Mike Tomlin. He never lets his team give up on a season.

IF I WERE A BETTING MAN: Steelers and the over.

HANK’S HONEYS: Whichever team dictates tempo wins. Either Joe Burrow slings it or Derrick Henry runs it. Burrow has been heating it up lately and he should get back his favorite target in Ja’Marr Chase. Still, not having Joe Mixon (concussion) to worry about would allow the Titans to play more sub-packages and to create a few third and long situations where they can get after Burrow. Keep in mind as well that the Bengals bottled up Henry in last year’s playoff victory. In general, though, it’s usually not profitable to bet against Mike Vrabel as a home underdog. His Titans are 9-5 in that position since taking over in 2018, 25-14 overall as a dog.

CAN’T HELP YOURSELF?: Titans and the over.