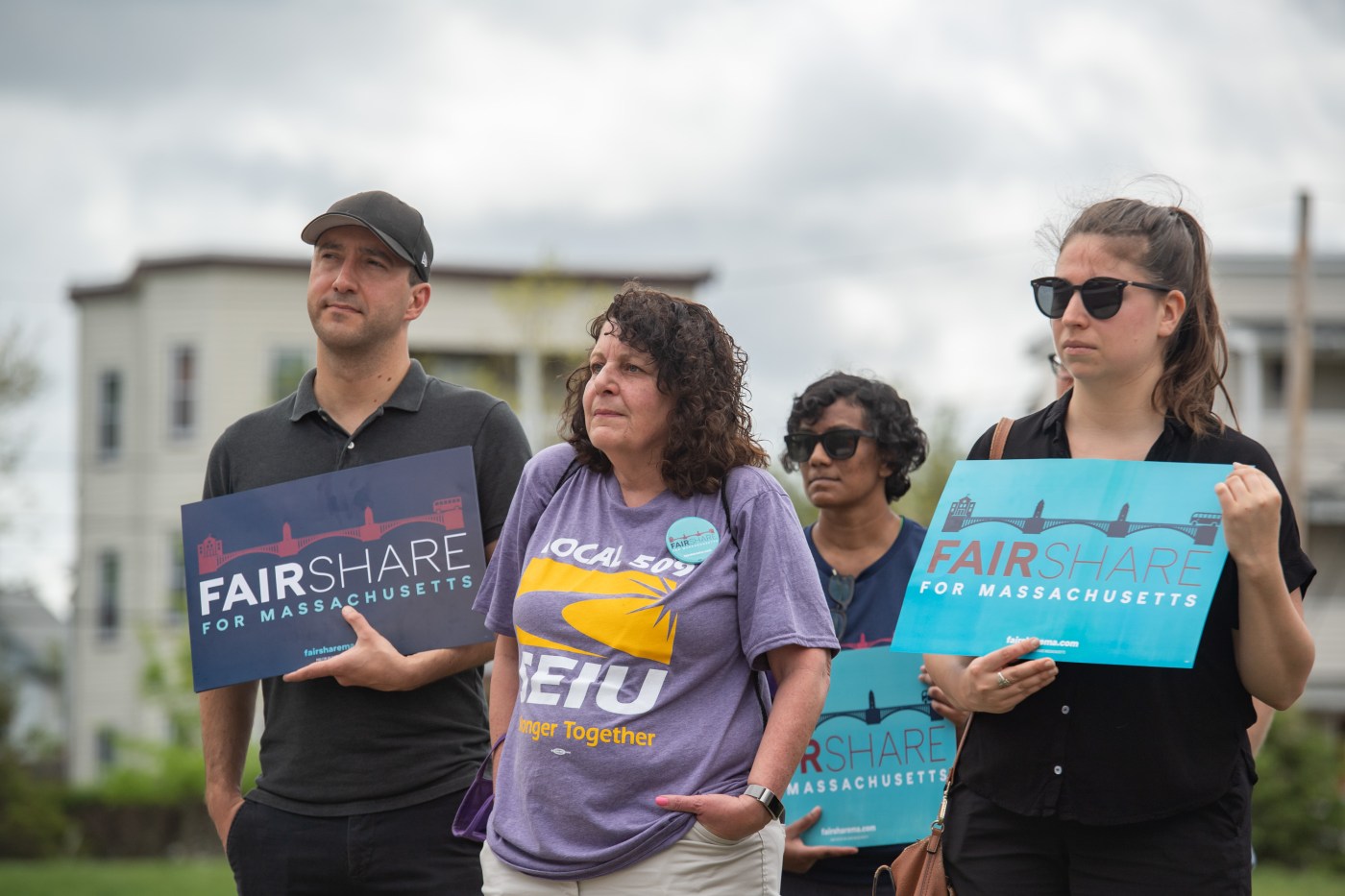 The fight over whether to tax incomes over $1 million is heating up, with both sides taking to the airwaves to explain to voters why a November ballot question should or should not pass.

“Politicians are pushing a tax hike on the November ballot, that makes no sense,” Leo Cakounes, a cranberry farmer, says in an ad by the Coalition to Stop the Tax Hike Amendment.

In November, voters will be asked to decide whether or not to tax income over $1 million an additional 4%. Proponents of the measure, in their own ads, maintain that the money will be constitutionally obligated for spending on transportation and education.

“The pandemic stretched our schools to the breaking point. Question 1 is a chance to make things better,” Cynthia Roy, a New Bedford school teacher says in the ad by Fair Share for Massachusetts. “It raises $2 billion a year, constitutionally dedicated to public education and transportation.”

Proponents further claim that only people making over $1 million a year will be affected by the surtax. The group opposing the amendment says that’s not entirely true.

“It would also tax the sale of small businesses and homes in Massachusetts,” Richard Schmalensee, an MIT professor emeritus of economics, said. “Our state already has the biggest budget surplus in history.”

Massachusetts construction giant Suffolk Construction and New Balance CEO Jim Davis are among the group behind the “No on 1” campaign, which proponents say explains their opposition to the ballot initiative.

“The wealthy investors and super-rich CEOs funding the opposition to Question 1 are trying to scare people because they don’t want to pay their fair share in taxes. With Question 1, small business owners won’t have to pay a penny more on our company’s revenue. Only individuals who earn more than $1 million a year in personal income will pay a little more,” said Gerly Adrien, business director for Fair Share and owner of Tipping Cow Ice Cream in Somerville.

“But every business in Massachusetts will benefit when our communities have better schools and colleges that prepare a well-educated workforce, and a more reliable transportation system that gets our employees to work and our goods to market,” she said.

A new report by the Tax Foundation says that the $2 billion the tax will raise may well be offset by people leaving the state for lower taxes.