Todays Though > News > Millions will be eligible for $10K-$20K of student loan cancellation, Biden announces
News

Millions will be eligible for $10K-$20K of student loan cancellation, Biden announces 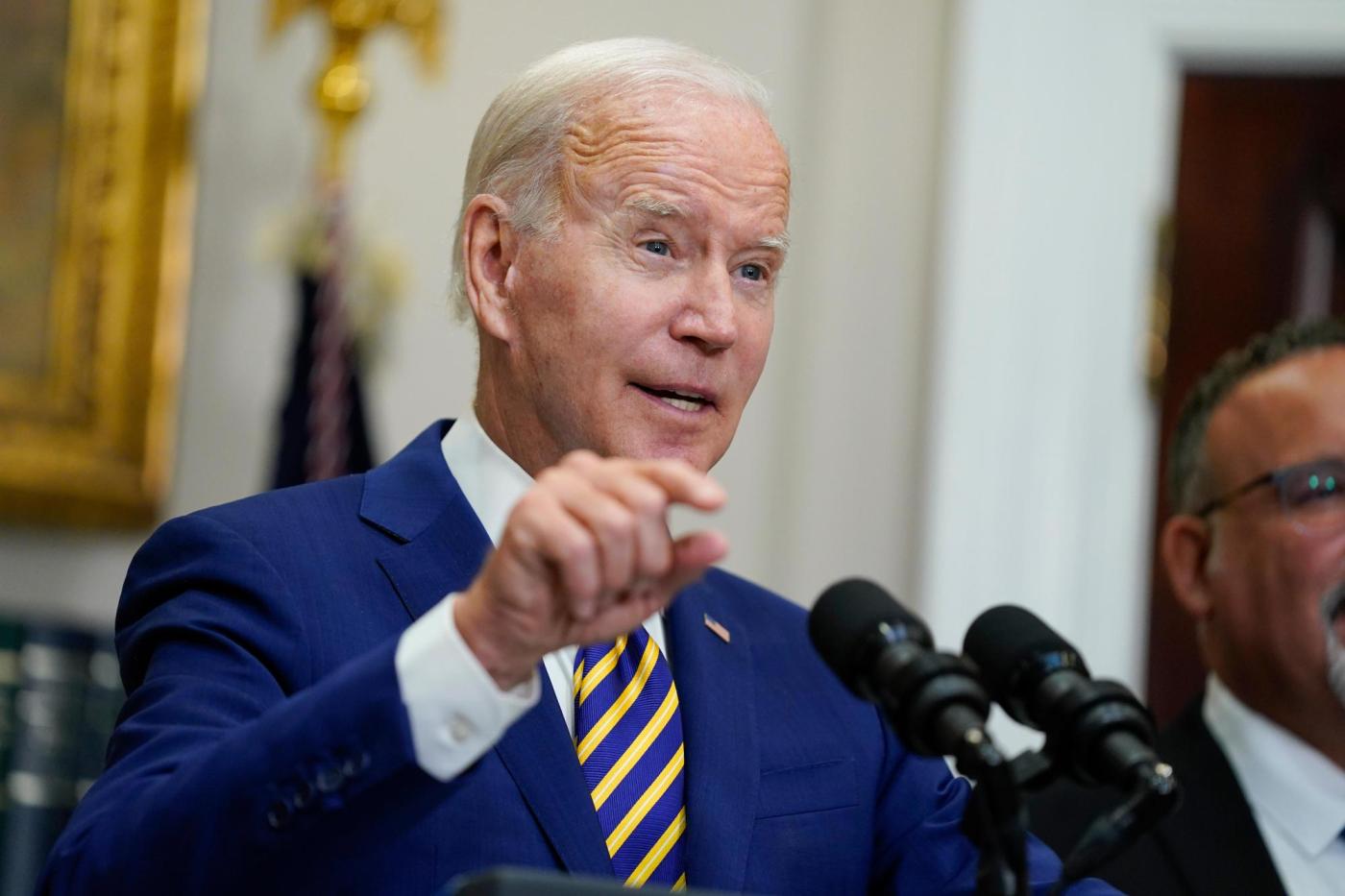 Millions of Americans will be eligible for up to $20,000 in federal student loan debt relief, the White House announced — completely wiping out the debt of 20 million.

“That’s 20 million people who are gonna start getting on with their lives,” Biden said in remarks Wednesday afternoon. “All this means people are going to start to finally crawl out from under that mountain of debt and get on top of their rent and utilities, think about buying a home, or starting a family, or starting a business. And when this happens, the whole economy is better off.”

The announcement, to be implemented by executive action, marks the completion of one of the president’s long-awaited 2020 campaign promises — if it survives the court challenges likely to follow.

Borrowers can learn more about the relief qualifications and sign up for notification when applications are open on the Federal Student Aid website.

About 43 million Americans have student debt and will be eligible for forgiveness, the White House estimates, and 90% of relief will go to people earning less than $75,000.

Biden also extended the pandemic-era student loan payment moratorium “one final time” through the end of the year.

The plan also aims to ease the student loan repayment process, allowing borrowers to cap repayment at 5% of their monthly income and a maximum of 20 years.

Though many celebrated the announcement Wednesday, the administration has received pushback from both sides of the aisle on the debt cancellation plan.

Many progressives, including Massachusetts Sen. Elizabeth Warren and Rep. Ayanna Pressley, have called for $50,000 or more in student loan forgiveness, while conservatives have argued the move is costly and unfair.

NAACP President Derrick Johnson said canceling just $10,00 is not nearly enough to stem the racial wealth divide and is a “devastating political mistake” in a CNN opinion piece.

Pressley thanked Biden and the organizers who’ve pushed for the progress in a statement but said “our work continues.”

The Republican National Committee has called the move a “handout to the rich,” and Senate Minority leader Mitch McConnell tweeted the move is a “slap in the face to working Americans who sacrificed to pay their debt or made different career choices to avoid debt.”

“I will never apologize for helping working Americans, the middle class,” Biden responded to conservative critique, “especially not to the same folks who voted for a $2 trillion tax cut that mainly benefited the wealthiest Americans and the biggest corporations.”

The administration will pay for the program, Biden said, through deficit reduction. The deficit was reduced by $350 billion last year and is on track to lower $1.7 trillion by the end of the current fiscal year.

The administration has also worked to tackle student loan debt by fixing the Public Service Loan Forgiveness Program — the number of public workers who’ve had loans forgiven has bumped from 7,000 to 175,000 since Biden took office, totaling over $10 billion in loan forgiveness — and repay billions more to students defrauded by “bad acting schools” like ITT and Corinthians.