Milton shows off some 7-on-7 skills – Boston Herald 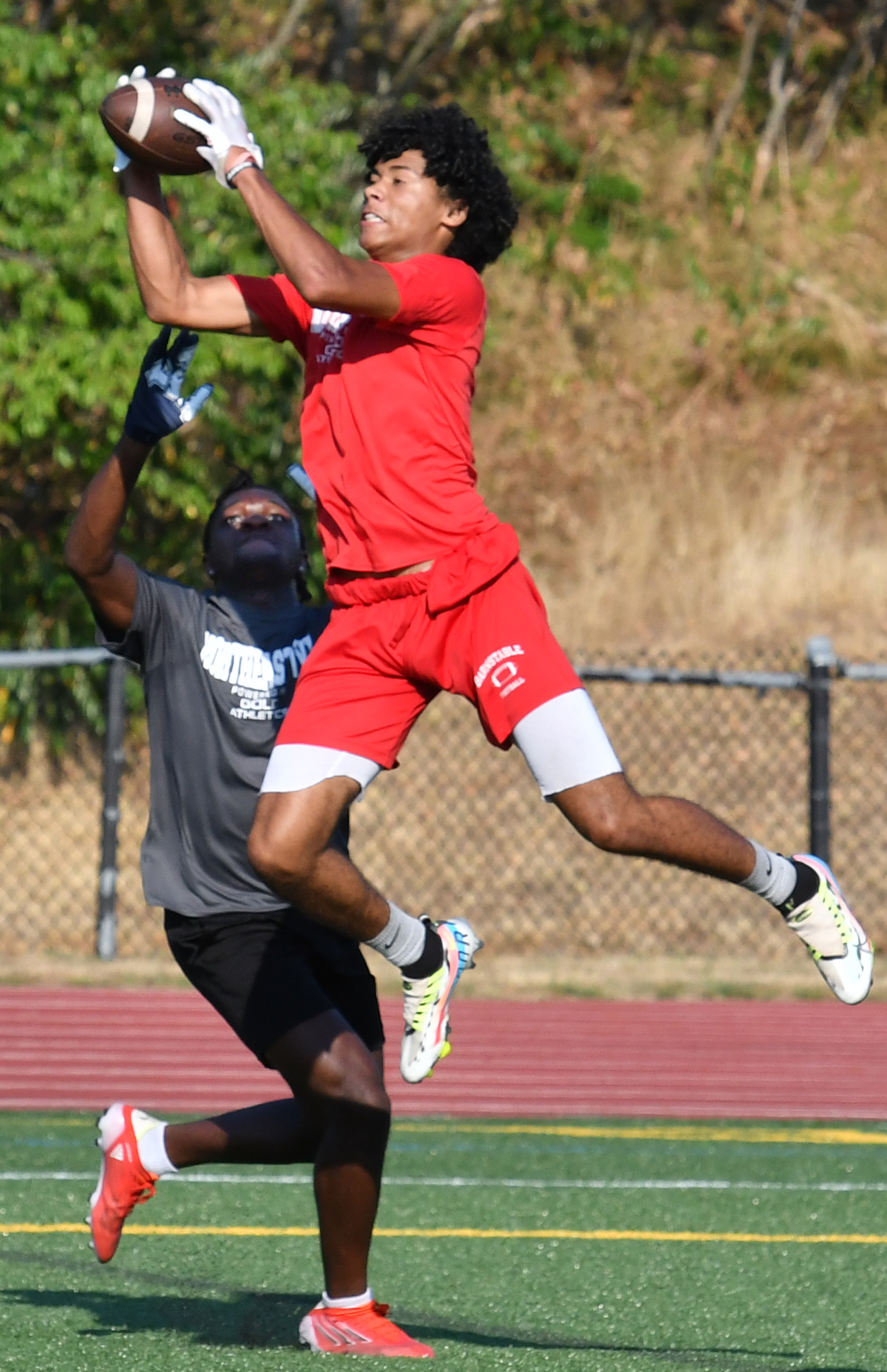 PEABODY — Over the years, Milton has competed well in the Northeast 7v7 regionals, but never won a title in the event run by its coach, Steve Dembowski.

Until this summer, at least.

Leading the way was quarterback and safety Owen McHugh, who threw two touchdown passes and made a pick-six in the 19-6 final win over Dedham.

“The celebration at the end. That would be the top (moment),” McHugh said when asked if he preferred the offensive or defensive highlights. “We worked hard. The best 10 teams were out here and we came out on top. So I was proud of that.”

“He’s an experienced player,” Dembowski said of McHugh. He’s a great athlete. He’s a great student. He does all the strength and conditioning training. He’s just a big part of our school, and we have a great senior class. These kids have been playing together for a long time. … Our key (in the fall) is going to be defense. We’re going to always score points because of the schemes that we run and how difficult we are to defend.”

McHugh was brilliant throughout, with his only big mistake a pick-six going the other way against Dedham. But as a quarterback, McHugh may have been the best performer, as he was consistently accurate to all levels of the field, hitting his receivers in positions where they could make plays.

“Yeah, it feels good,” McHugh said. “I’ve been playing with these guys my whole life. We are all on the same page. We know what we’re doing. I know what I’m doing with the ball. The whole team, we worked hard and came out on top.”

Dedham was a bit of a surprise after winning the South Small title. The Marauders were led by juniors Eyram Kplorfia (S/WR), Gianni Gasbarro (WR/S), Will Fitzgerald (LB/RB) and Joe Goffredo (QB).