Todays Though > News > Minor-leaguers and their advocates hope Congress will revoke MLB’s antitrust exemption. Here’s how they are pushing for change. – Boston Herald
News

Minor-leaguers and their advocates hope Congress will revoke MLB’s antitrust exemption. Here’s how they are pushing for change. – Boston Herald 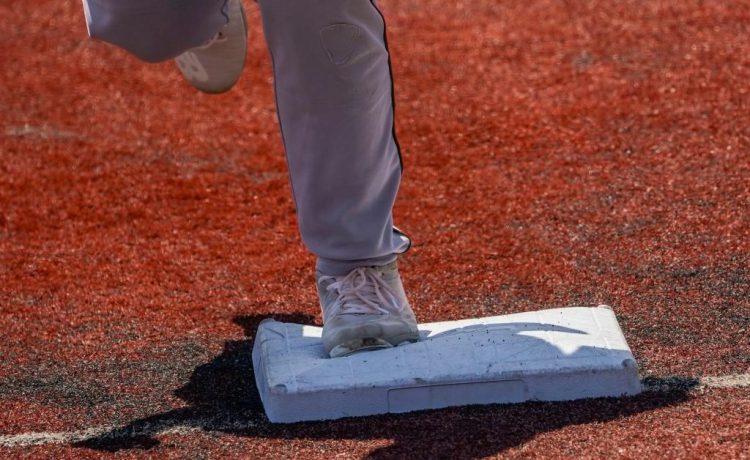 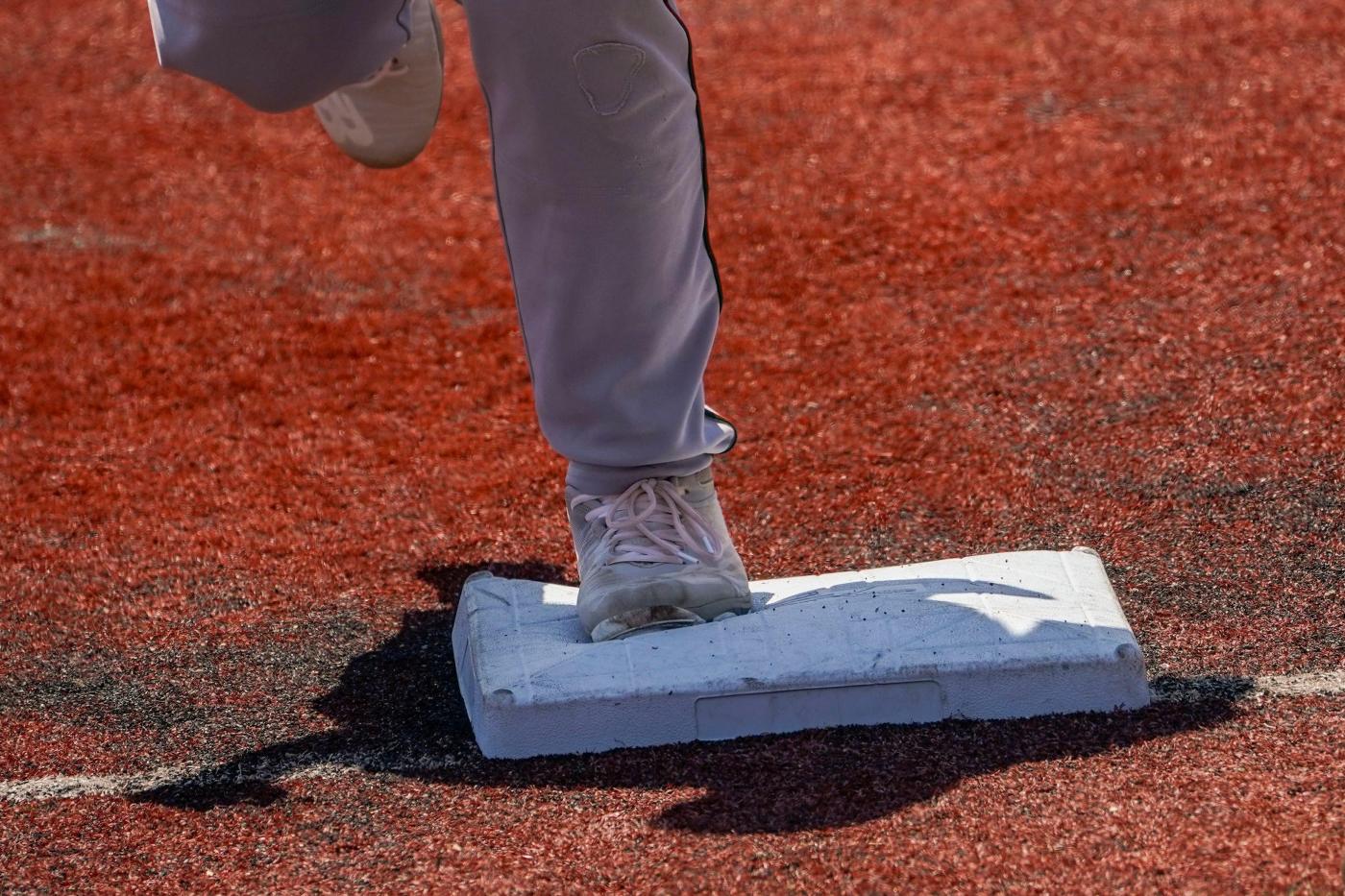 Rob Manfred’s response to a question last month about minor-league salaries before the All-Star Game took off when the Major League Baseball commissioner said “I reject the premise that they’re not paid a living wage.”

Response on social media was swift.

In 2020, two years after successfully lobbying Congress to exempt minor-leaguers from federal minimum-wage laws through the Save America’s Pastime Act, MLB opted to give players a salary increase. Players at rookie and short-season levels saw their minimum weekly pay raised from $290 to $400, and players at Class A went from $290 to $500, Double A from $350 to $600 and Triple A from $502 to $700.

“Most minor-league baseball players work second jobs because their annual salaries are insufficient to make ends meet,” the group said in a statement after Manfred’s comments. “The commissioner makes an annual salary of $17.5 million. His suggestion that minor-league pay is acceptable is both callous and false.”

Chicago Cubs third baseman Patrick Wisdom, who was in the organization’s minor-league system in 2020 and 2021, worked multiple jobs to make ends meet. He worked as an umpire and physical therapy aid, and did odd jobs such as clearing backyards for family friends.

Wisdom said he lived in the basement of an 85-year-old woman with five other guys. There weren’t separate rooms, just beds in corners.

“It’s hard, super hard, especially on that salary,” he told the Tribune. “Maybe a couple hundred bucks every two weeks and then you’re paying dues on top of that.

“So part of your paychecks go into the clubhouse staff and you’re trying to just take scraps home with you. You can take some water bottles home from the field and cram as many guys as you can into an apartment or find something like a host family where you can try to save money.

“It is hard, but I understand it was part of learning and stuff like that. You’re chasing your dream. I get that. I mean, I did it too. You’ve got to work in the offseason to offset costs for the season. It’s hard to manage a lot of things while still staying motivated to chase your dreams because sometimes for some guys it’s why they have to stop. They just can’t afford to keep chasing their dream, which is a tough pill to swallow.”

Minor-league players make between $4,800 and $15,400 annually, according to Harry Marino, executive director for Advocates for Minor Leaguers. The U.S. Department of Health and Human Services lists the poverty line for a one-person household in the 48 contiguous states and Washington as $13,590.

“Those salaries are paid out only during the regular season and the playoffs,” Marino told the Tribune. “The players don’t get paid during various required periods of work like spring training, extended spring training, fall instructional league and the winter offseason when players are both contractually and practically required to perform work for their teams.

“And as a result, players are often working second jobs just to try to make ends meet and struggling with housing insecurity, food insecurity, things that have been documented over the last year or two.”

MLB in November 2021 announced it would “provide more than 90% of assigned Minor League players across every level with furnished housing accommodations at each Major League club’s expense beginning with the 2022 season.”

But before that, Marino said, “in-season housing had not ever been provided to minor-league players as a result of which players were generally sleeping, five, six, seven, eight guys to a two-bedroom apartment on air mattresses to keep costs down.”

Michael Rivers, creator of the nonprofit Adopt a Minor Leaguer, saw a Twitter thread from former Minnesota Twins prospect Todd Van Steensel in early 2020 about the realities of life as a minor-league player. The season had been paused because of COVID-19, and players often would post on social media about their hardships. Though some teams committed to paying their players a stipend, it didn’t help existing issues. It even might have exacerbated it.

Rivers reached out to Van Steensel to offer to help and asked the player to pick a couple of teammates for whom he could do the same.

Rivers, who was dealing with his father’s recent cancer diagnosis and was looking to do some good, thought more people would be interested, so he tweeted an invitation for others to join him. Response to his call to action was so great that Adopt a Minor Leaguer was born.

“These guys don’t get paid for spring training, and after rent they barely had much left for anything else,” Rivers told the Tribune.

Through Adopt a Minor Leaguer, sponsors commit to sending their designated player $100-$150 a month in groceries, gift cards, money — whatever they and the player deem best.

“I like for the sponsors and players to keep in touch with each other bimonthly at least, so as to make it less of a business transaction and more of a friendship,” Rivers said.

“Sponsorships are one-on-one, which means the money or goods go straight to the player from the sponsor and we don’t touch any of it. I feel this works best because the fans can see exactly where their money goes.”

Adopt a Minor Leaguer has found sponsorships for 850 players since February 2020, raising more than $45,000 in grants. Rivers estimates the group has provided minor-league players almost $500,000 worth of help.

“The reality is the crisis wasn’t new,” Marino said. “This is something that has existed for 40 years. This is how it had always been done.

“What was new was players coming together to speak out about it and raise awareness about it. And that culminated with the last week of the (2021) season. Players in Brooklyn, on the Jersey Shore BlueClaws and Brooklyn Cyclones wore our Fair Ball wristbands demanding fair treatment and released a statement explaining why they were engaged in this on-field collective action, which was really unprecedented.

“And three days later, Major League Baseball owners got together and unanimously approved free furnished housing for all minor-league players starting this season. Now players are living in team-provided housing. It’s free, it’s furnished, and the experience is drastically different than it was last year. It’s important for everyone to understand that happened not because Major League Baseball decided to give housing to players out of the goodness of their hearts but because they were shamed into it by the public because of players coming together to raise awareness.”

With in-season housing now largely addressed, players have shifted their attention to pay.

Marino said they have a steering committee made up of more than 50 players with every team represented. The goal is for players to afford a normal life while playing professional baseball. Players want to be able to negotiate contracts they feel are consistent with the value they deliver.

One way they have started to pursue that is by working with the Senate Judiciary Committee to explore baseball’s antitrust exemption.

In 1998, Congress passed the Curt Flood Act repealing the antitrust exemption with respect to major-leaguers. But players in the minors, most of whom are not represented by a union —other than those on a team’s 40-man roster — weren’t included. Not only does the antitrust exemption result in suppressed wages, it tethers minor-league players to their teams for seven years — longer than their MLB counterparts. This means the antitrust exemption still exists in practical terms for the bulk of professional players, leading right into MLB’s efforts to contract the minor leagues.

The bipartisan Judiciary Committee is chaired by Illinois Sen. Dick Durbin. On June 28, the committee sent a letter to Advocates for Minor Leaguers requesting additional information about MLB’s antitrust exemption. The letter included questions about the exemption’s effect on the pay structure for minor-leaguers, MLB’s international amateur system and baseball’s reduction in the number of minor-league affiliates.

In his response to the inquiry, Manfred stated in his letter: “We respectfully submit that the opposite is true — the baseball antitrust exemption has meaningfully improved the lives of Minor League players, including their terms and conditions of employment, and has enabled the operators of Minor League affiliates to offer professional baseball in certain communities that otherwise could not economically support a professional baseball team.”

Durbin told the Los Angeles Times in July that there would be congressional hearings on the matter, though no hearing has been scheduled.

The minor leagues are made up of upward of 5,000 players with a maximum of 5,400 rostered at any one time. Players cycle in and out, so the number varies from team to team, but some players stay as long as seven years.

“Players don’t jump straight to Major League Baseball unlike in the NFL or the NBA,” Marino said.

Marino said the best long-term outcome is for minor-leaguers to be part of a formal players association with collective bargaining rights recognized by the National Labor Relations Board.

But until hearings on MLB’s antitrust exemption move forward, work continues for minor-leaguers.