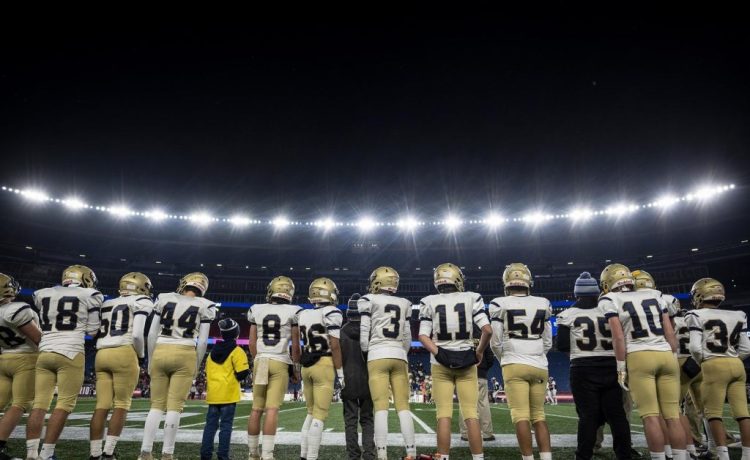 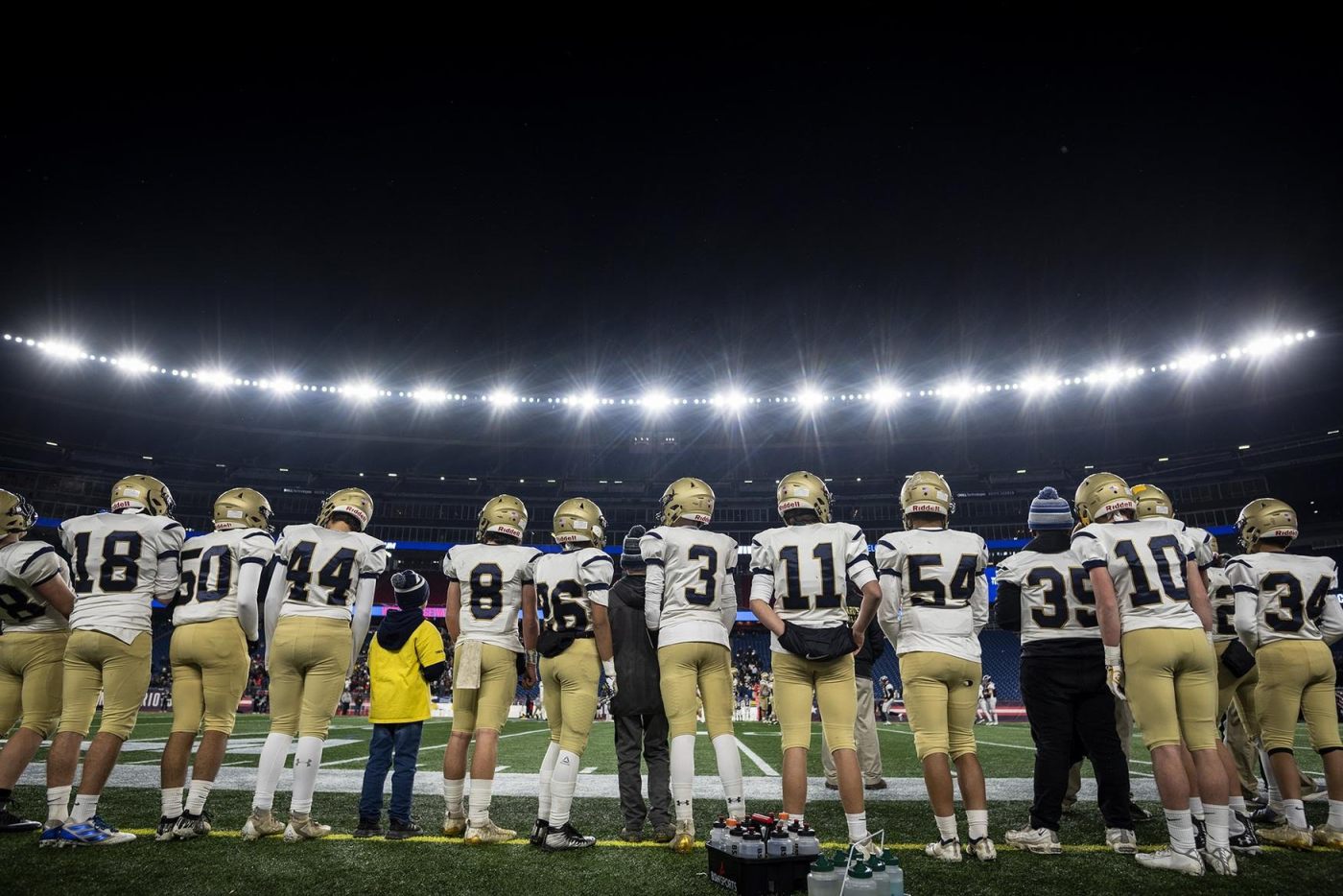 St. Bernard’s in Fitchburg is the smallest school playing football in Massachusetts, so it was fitting that The Boston Herald put their 2018 Championship win on the front page.

What few knew was that even as the Bernardians were winning and on the run for a second consecutive title, their century-old school’s very life was in jeopardy.

Thanks to a dramatic drop in students and a $600,000 debit, the Catholic diocese was considering, as it had so many times elsewhere, closing the school.

But St. Bernard’s is not just here today, it’s thriving in ways no one would have predicted.  Thanks to its winning football team, savvy social media, concerned and energized fund-raising parents and alumni, St. Bernard’s beat the odds to become an independent Catholic school.

That incredible but true journey is told in the documentary “All In: Miracle at St. Bernard’s.”

While football coach Tom Bingham, 49, recognizes “the miracle part” of what happened, “When you’re living it and in the middle of it,” he said in a Zoom interview, “you don’t understand all the things that went well for us.

“After, you reflect: The meeting with the bishop wasn’t easy news to hear. There were so many storms along the way. There were a hundred things that needed to go our way.”

Linda Anderson, 36, the school’s principal and a prime motivator in the desperate six-month push to save the school, downplays how instrumental she was.

“Truth be told I’ve been credited for a lot of things that were really a team effort.   One of my friends said, ‘You’re the quarterback of the team’ — but the team is nothing without each person on it. One person gets the glory but they’ve all earned it.

“I inherited a forward-facing role,” she pointed out, “but it’s what I’ve done for years which is putting students first. That mission didn’t change.”

What’s striking is how composed and engaging these teenage athletes are on camera.  “I would love to take 100 percent credit,” Anderson said with a laugh. “We attract really special kids with good clay to work with. Some of that is fostered in a Catholic education.”

While “All In” ends before the pandemic, we learn that coping with a downsized its football season was easier, thanks to lessons learned saving the school.

“That entire transition process, we were nimble creating that new identity,” Bingham said. “Then the pandemic posed a lot of new challenges. You had to step back and not take anything for granted.  The lingering effects into 2021 made that journey very unique. This fall we were back on track.”

“All In: Miracle at St. Bernard’s” is available on Video On Demand Dec. 13