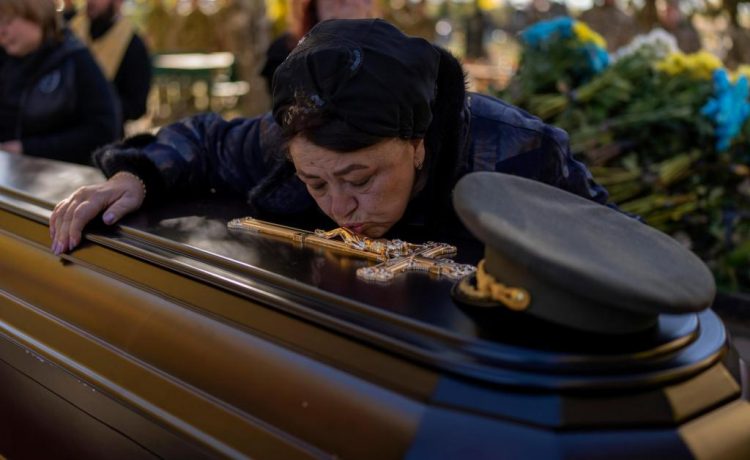 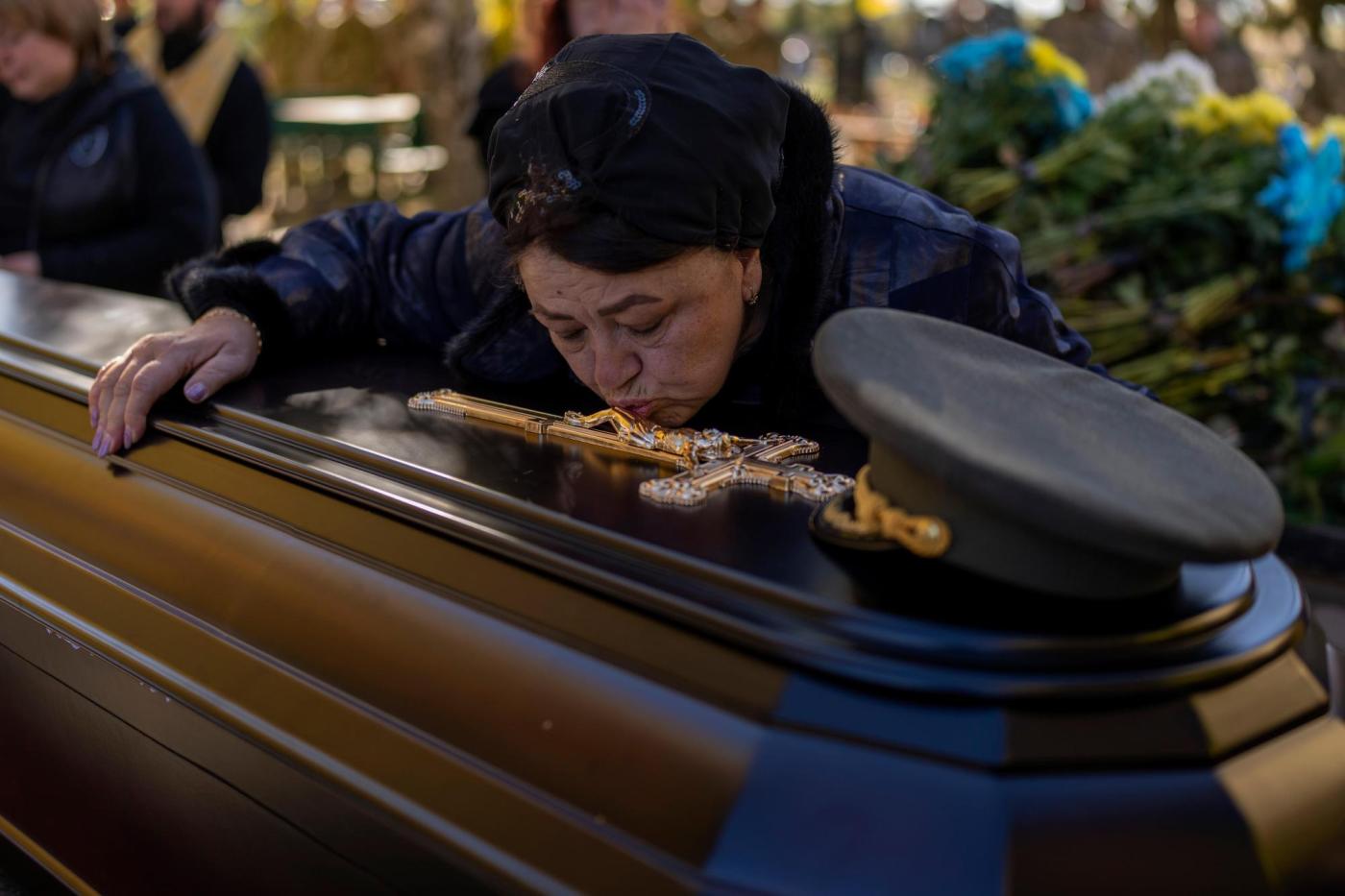 KYIV, Ukraine (AP) — Airstrikes cut power and water supplies to hundreds of thousands of Ukrainians on Tuesday, part of what the country’s president called an expanding Russian campaign to drive the nation into the cold and dark and make peace talks impossible.

President Volodymyr Zelenskyy said nearly one-third of Ukraine’s power stations have been destroyed in the past week, “causing massive blackouts across the country.”

“No space left for negotiations with Putin’s regime,” he tweeted.

Depriving people of water, electricity and heat as winter begins to bite and the broadening use of so-called suicide drones that nosedive into targets have opened a new phase in Russian President Vladimir Putin’s war. The bombardments appear aimed at wearing down the notable resilience Ukrainians have shown in the nearly eight months since Moscow invaded.

Even far from front lines, basic utilities are no longer certainties, with daily strikes reaching far into the country and damaging key facilities, sometimes faster than they can be repaired.

The latest city shorn of power was Zhytomyr, home to military bases, industries and leafy boulevards, about 140 kilometers (85 miles) west of Kyiv. The mayor said the whole city of 250,000 lost power and also water initially. Repairs quickly reconnected some homes, but 150,000 people were still without electricity hours after the morning strike, regional authorities said.

Pavlo Raboschuk, a 33-year-old computer repairman in Zhytomyr, fumed over the attack that sent smoke billowing skyward. Only small shops that could get by without electricity were open on his route to work, he said.

“Only swear words come to mind,” he said. He added that he’s bracing “for a tough and dark winter,” with dehydrated foods, warm clothes and batteries already stockpiled at home.

Missiles also severely damaged an energy facility in the south-central city of Dnipro. Some homes lost power but the operator couldn’t immediately say how many.

Russia is mixing up its modes of attack.

Air-defense S-300 missiles, which Russia has been repurposing as ground-attack weapons as its stocks diminish, were used to strike the southern city of Mykolaiv. The body of a man was found in the debris of a building, the governor said.

In the eastern city of Kharkiv, eight rockets fired from across the nearby border with Russia hit an industrial area, the regional governor said.

In Zhytomyr, school director Iryna Kolodzynska had students back at their desks within 30 minutes of the air raid all-clear. Without power for their computers, they used the class board to work on math equations.

“We must not break down,” she said. “There are regions that suffered much more from the war than we did.”

An Associated Press photographer caught one of the Iranian drones on camera Monday, its triangle-shaped wing and pointed warhead clearly visible, though the Kremlin refused to confirm their use.

Foreign Minister Dmytro Kuleba proposed cutting all diplomatic ties with Tehran over the drones, saying: “Since Iran has become an accomplice in Russia’s aggression and crimes on our territory, we will take a clear and honest stand.”

Zelenskyy, in a televised address Monday night, said Russia is using the drones because it is losing ground in the war.

“Russia doesn’t have any chance on the battlefield, and it tries to compensate for its military defeats with terror,” he said. “Why this terror? To put pressure on us, on Europe, on the entire world.”

Ukrainian troops have made gains in recent weeks in a seven-week counteroffensive in the south and east.

Zelenskyy’s tweet ruling out talks with Putin wasn’t the first time he’s said he won’t negotiate with the Russian leader. Russia and Ukraine held several rounds of talks in the first month after Moscow’s invasion in February, but those fell apart. The Kremlin has said talks could only be possible if Ukraine meets Russian demands and accepts its land grabs of Ukrainian territory. Ukraine has flatly ruled out talks on those terms.

— Ukraine’s nuclear energy operator said Russian forces have detained two more senior employees at the Zaporizhzhia Nuclear Power Plant. Energoatom said their whereabouts are unknown. Also unknown are the whereabouts of another executive who was detained earlier in October.

— In Russia, the death toll from Monday’s crash of a Russian warplane rose to 15. The Su-34 bomber hit a residential area in the port city of Yeysk after one of its engines caught fire during takeoff for a training mission, the Defense Ministry said. Both crew members bailed out safely, but tons of fuel exploded, officials said.